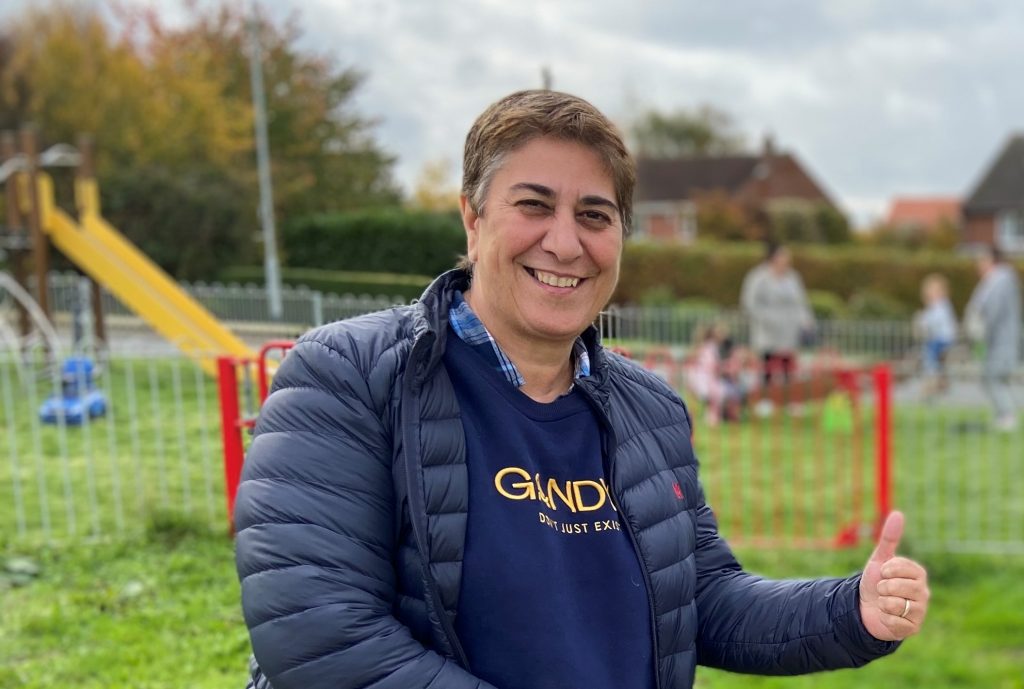 T-VINE puts the spotlight on Turkish heritage candidates standing in local and regional elections taking place across Britain on Thursday, 6 May.

Of Turkish Cypriot origin, Suzanne Nuri-Nixon is currently a town and district councillor, and is now aiming to become a county councillor in Norfolk.

Which election are you standing for?

I’m standing for election to Norfolk County Council for the Wymondham Division. I’m currently a Wymondham Town, and South Norfolk District councillor too.

What is your name and party on the ballot paper?

What’s been the big issues on the doorstep?

Housing overdevelopment and the lack of appropriate infrastructure, such as medical facilities and schools, constantly comes up.

People like Wymondham because they describe it as a ‘town in the countryside’, but thousands of new houses have been built here over the last few years. A senior planning officer admitted that ‘Wymondham had had its fair share of new builds.’ It’s all very well building houses, but we also need to build communities too.

Why should the electorate vote for you?

Because I keep people informed of what is happening at Town and District level, and I am a firm believer in getting information out for all.

I work hard on issues which come my way, even from people not necessarily in my own area.

I tend to under-promise and try to over-deliver. And I have had two successful Town campaign victories: step-free access at the train station and getting local play parks opened. However, much more still needs to be done, particularly around biodiversity, green and climate issues.

There is a new UK-Ercan airport direct flights petition to Parliament. Have you signed it?

No, not this latest one. While I totally agree with the concept (and was part of lobby group Embargoed! in the past, which highlighted this, as well as other inequalities towards Turkish Cypriots), a petition by itself is not enough.

Petitions need to be part of a strong campaigning arsenal for an issue to succeed, few achieve success without a plan.

To push an issue like this over the line, our community needs to work with policy makers and influencers. Or even better, become those policy makers.

I’m not a natural born politician and never envisaged going into local politics. But seeing the damage that can be done by those who govern in a selfish and condescending way made me realise I had to step up.

To serve your community should be a real honour and while it may sound a bit cheesy or naïve, giving something back to the community I live in genuinely is a big deal for me.