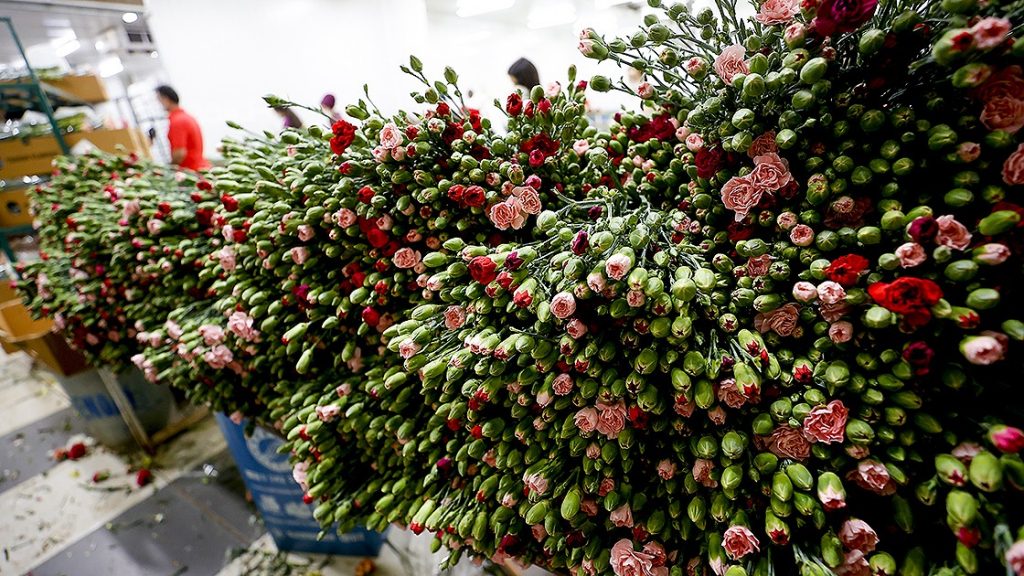 Planes have been substituted for lorries as florists in Antalya and Isparta regions rush to meet the huge demand for flowers following the death of Queen Elizabeth II.

The British public have responded to the passing of their sovereign, who reigned for seventy years, by laying flowers in key public spaces across the country, which in turn has seen orders for cut flowers soar by 90%, according to a report by Reuters.

Turkiye is one of the major supplier of flowers in Europe. However, as it is the end of the season for the country’s main flower growing regions, its flower sector can only “meet about 40% of that demand”, Reuters said, quoting Selcuk Celebi, a member of the Antalya Commodity Exchange.

“It is the end of the season in Antalya (province). We are in a period where the production in the highlands in Isparta (province) is in decline,” Celebi told Reuters.

Due to the urgency and scale of the situation, growers have swapped trucks, which can take up to a week to deliver, for planes, which can carry bigger loads and do same day delivery.

Turkish Cargo, a subsidiary of Turkish Airlines, said it was shipping some 13 tonnes of flowers – which equates to more than 500,000 flowers – to England in time for the late monarch’s funeral on Monday.

Official data for flower exports from Turkiye to England for the week 5 and 12 September has seen an increase of 40% compared to the same period last year, said Reuters.

According to data from the Turkish Statistical Institute, prior to the pandemic, Turkiye’s cut flowers and ornamental plants sector had produced some 1.7 billion flowers in 2019.

Around 80% of Turkiye’s cut flower production is intended for overseas markets, with spray and standard carnations the most popular flower.

The country exports flowers to 83 countries, including those in Europe and the Gulf. In 2021, the sector exported $150 million worth of flowers. Projections for 2022 overseas sales had been $180 million, but Turkiye is now likely to exceed that.