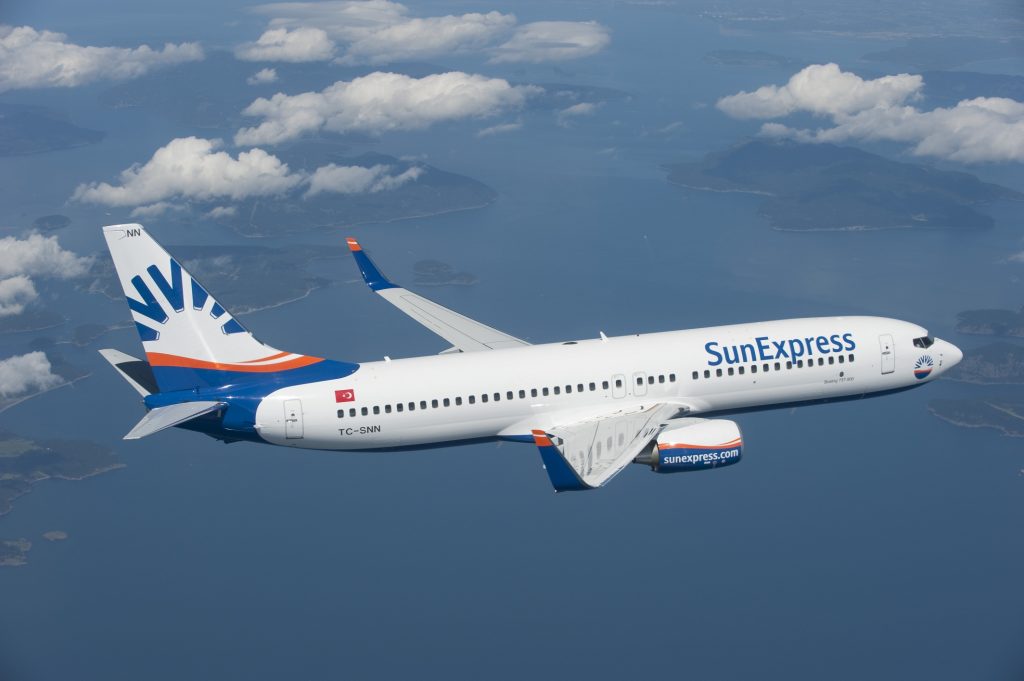 An airline owned by Turkish Airlines and Germany’s Lufthansa has been named the World’s Best Leisure Airline. SunExpress was presented with its award by airlines ranking body Skytrax in a ceremony in London last week.

Known as the ‘Oscars of the aviation industry, this year’s Skytrax awards were based on the responses of 14 million customers from over 100 countries between September 2021 and August 2022.

Founded in 1989 by Turkish Airlines and Lufthansa, and headquartered in Antalya and Frankfurt, SunExpress offers “numerous direct connections between Europe and Türkiye”, including many idyllic holiday destinations in Turkiye.

Despite difficult trading conditions because of the coronavirus pandemic, last year SunExpress flew over 6 million passengers, and made a profit of €59 million, with the 75% load close to pre-pandemic levels.

SunExpress, which plays a major role in Turkish tourism, has carried out the largest network expansion in its history, adding 25 new routes and 16,250 flights to its summer 2022 schedules. The airline now offers non-stop flights from more than 175 routes from Turkiye to 60 destinations in 30 countries.

🇬🇧 🥇SunExpress is number one! We are proud and overjoyed to have been named World’s Best Leisure Airline 2022 ✈️ by @Skytrax. The entire SunExpress team says thank you from the bottom of our hearts for this award. 🧡💙#sunexpress #iflysunexpress #skytrax #worldairlineawards pic.twitter.com/J4hmRbzlqr

Its co-parent company Turkish Airlines was also a winner at Skytrax. It won four awards in total, including Best Airline in Europe. It also won the World’s Best Business Class Catering and the Best Airline in Southern Europe.

Qatar Airways won the prestigious Airline of the Year 2022 title for the seventh time. Singapore Airlines was named the world’s second-best carrier. Emirates came third, followed by Japan’s All Nippon Airways, which was fourth, and Australia’s Qantas Airways fifth. Turkish Airlines was named the world’s seventh best airline, from over 350 airlines included in the Skytrax survey.