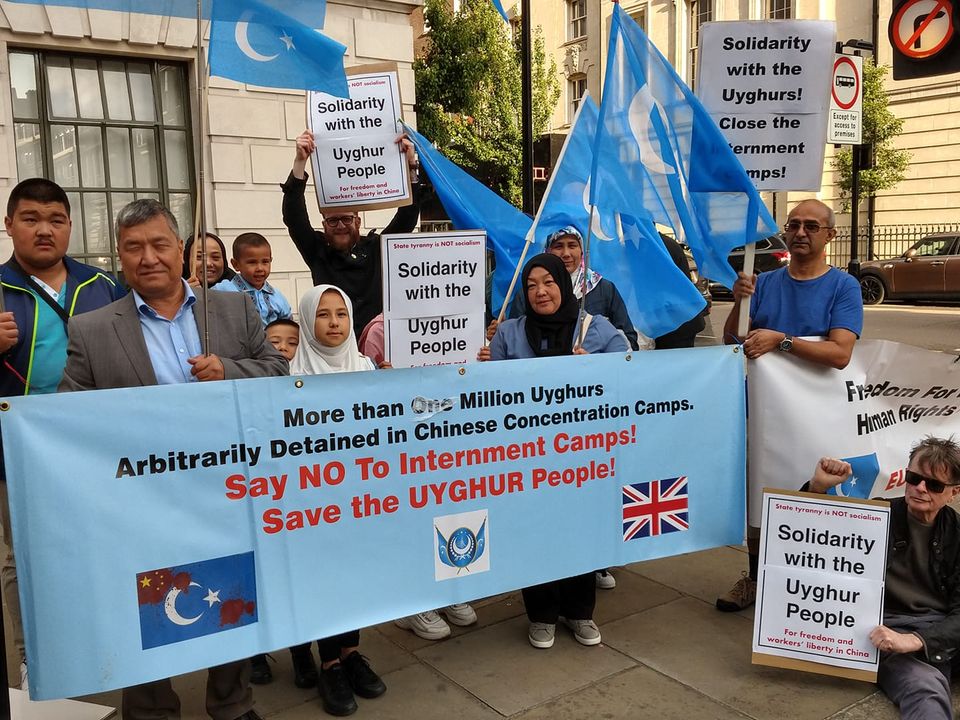 The appalling treatment of the Uyghur people in China has been receiving much more media coverage of late, but while awareness is growing, little has been achieved by way of ending their brutal oppression.

As evidence increasingly shows, the Chinese state has embarked on a massive programme to eliminate the cultural and national identity of millions of Uyghurs in northwest China.

A physical and cultural genocide is being carried out against the Uyghur people in their homeland of East Turkestan, renamed Xinjiang by the Chinese.

The Chinese authorities have established “re-education” (concentration) camps across the region to indoctrinate Uyghurs to culturally identify as Han Chinese and become politically loyal to the Chinese Communist Party (CCP).

The CCP has been in power since 1949, and under current leader Xi Jinping, the party has adopted increasingly repressive measures against any community that dissents against its central rule.

New authoritarian laws have been imposed on Hong Kong in recent months, and it appears ethnic Mongolians who live in northeast China are also in line for the same brutal treatment as their Uyghur neighbours.

Of Turkic descent, the Uyghurs are perceived as a threat due to some nationalists pushing for independence from Beijing. Life for Uyghurs and other Turkic- and Muslim-heritage minorities is now strictly controlled through a regime of fear that includes mass detention and systematic abuse in the form of rape, torture, forced abortions, the separation of children from their parents, and the sterilisation of women.

Massive surveillance systems have been installed in East Turkestan to closely monitor behaviour, including in homes. Uyghurs are prohibited from speaking their language, and enjoying Uyghur culture, music and literature, and are banned from practising their Islamic faith.

Uyghurs in China are disconnected from family members abroad, unable to contact them for fear of brutal reprisals. Many adults have been placed in forced-labour production schemes, and made to work through the coronavirus pandemic. The list of abuses is seemingly endless. 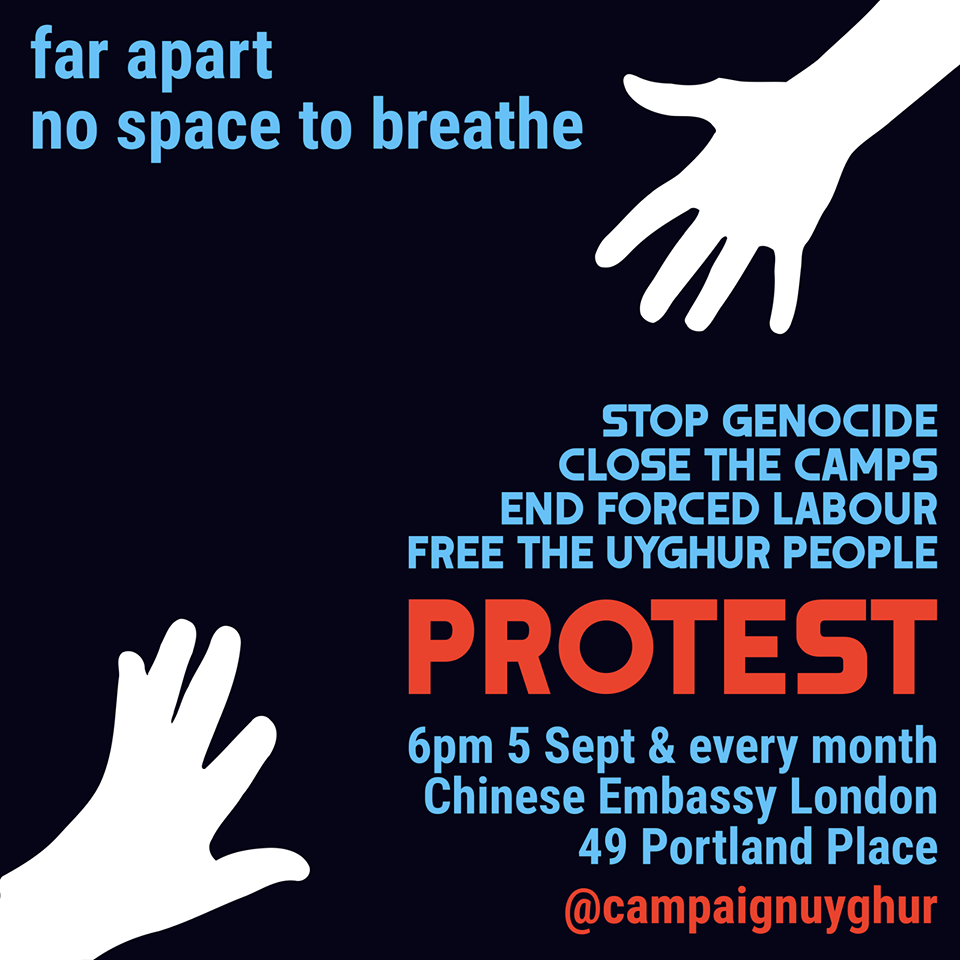 A solidarity group formed in London is holding monthly protests outside the Chinese Embassy in London to keep the issue in the public eye and press for an immediate end to these brutal practices. The next demonstration is on Saturday, 5 September.

Organisers are inviting members of the public to join their “social-distanced protest outside the Chinese Embassy on Portland Place”, advising protestors to “space apart along the pavement” as they “demand an end to enforced separation and collective suffocation.”

Details: Protestors should observe social distancing at the demonstration outside the Embassy. They are also encouraged to bring signs and banners highlighting the brutal treatment of the Uyghurs and make calls for China to end its campaign of genocide.