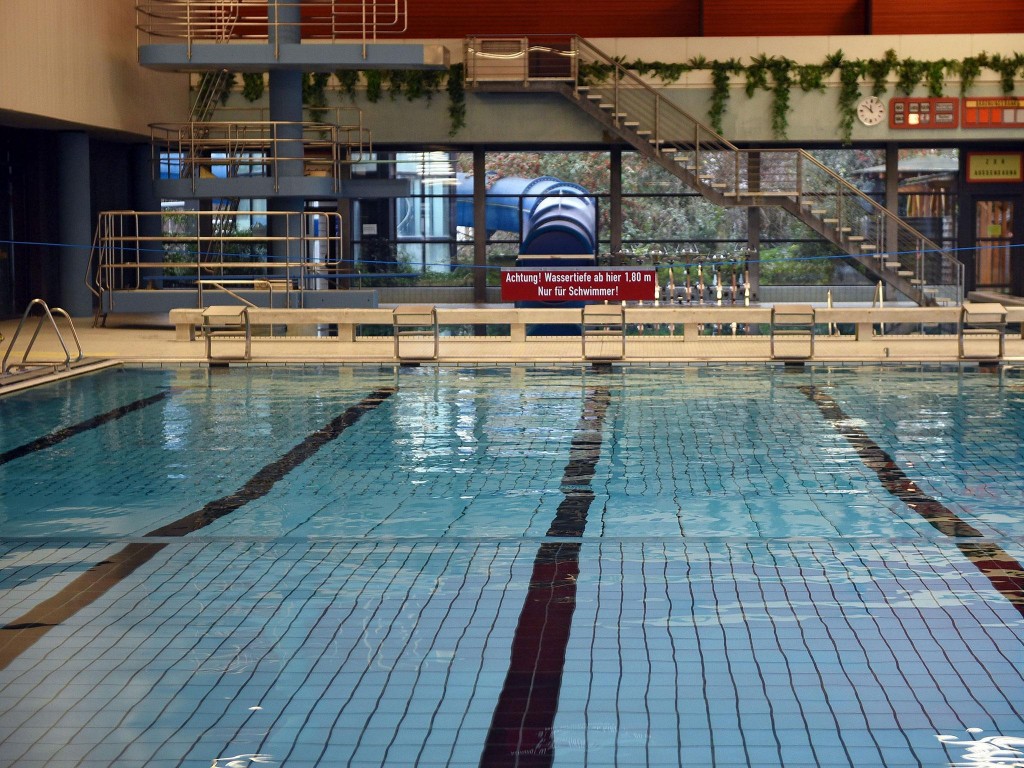 Pious Turkish parents in Switzerland have failed in their legal bid to prevent their daughters from taking part in mixed swimming classes. The European Court of Human Rights (ECHR) ruled in favour of the Swiss authorities yesterday, stating there had been no violation of their human rights.

While the panel of seven judges empathised with the parents, that their freedom of religion had been “interfered with”, they unanimously ruled that the Swiss authorities had the right to facilitate “successful social integration according to local customs and mores” and this took precedence over parents’ preferences.

The long-running case started when Aziz Osmanoğlu and Sehabat Kocabaş, who live in the Swiss Canton of Basle Urban, refused to send their daughters to mixed swimming lessons, claiming “their beliefs prohibited them from allowing their children to take part”.

Despite being warned by the education authorities that they would be fined, and mediation attempts by the girls’ school, the couple still refused to allow their daughters to attend the compulsory classes. As a result, in 2010 Mr Osmanoğlu and Ms Kocabaş were each ordered to pay a fine of CHF 350 per parent and child – a total of CHF 1,400 (£1,138) – for “acting in breach of their parental duty”.

The parents decided to contest the fine and school rules. However, they had little joy in Switzerland’s domestic courts: their case was dismissed by Basel’s Court of Appeal, and another appeal was thrown out by the Swiss Federal Court in 2012.

In a final bid to overturn the ruling, the couple lodged their case at the ECHR. They claimed the Swiss authorities had violated Article 9 of the European Convention on Human Rights by insisting their daughters attend mixed swimming classes.

Article 9 of the Convention sets out the rights of European citizens when it comes to freedom of thought, conscience and religion:

On 10 Jan, an ECHR panel of judges from Switzerland, Andorra, Serbia, Slovakian, South Cyprus, Sweden, and Spain announced its decision on the case of Osmanoğlu and Kocabaş v. Switzerland. The panel acknowledged that freedom of religion was an important principle that had been adversely affected in this instance, but found that the Swiss authorities had behaved legitimately by “seeking to protect foreign pupils from any form of social exclusion”.

A statement about the judgment said, “The Court observed that school played a special role in the process of social integration, and one that was all the more decisive where pupils of foreign origin were concerned.”

“The children’s interest in a full education, thus facilitating their successful social integration according to local customs and mores, prevailed over the parents’ wish to have their children exempted from mixed swimming lessons.”

In their ruling, the judges stated that swimming classes were an important part of a child’s development and wellbeing, and so the decision to attend should not be determined by parents’ religious convictions.

The ECHR judges asserted that governments have the right to determine the significance religion plays in national society, particularly in education, and that the actions and fine imposed by the Swiss authorities were “proportionate”.

Schools allow girls to wear a burkini, but offer declined by Muslim parents

The judgment also noted that the local authorities had allowed the girls to wear burkinis for the swimming lessons and would ensure no boys were present when they were changing. However this offer was declined by the parents.

The parties now have three months in which to accept the verdict or lodge the matter with Europe’s highest human right’s court, the ECHR’s Grand Chamber, whose decision is final and binding.

A similar case in Germany hit the headlines in December, when one of the country’s top courts ruled against a Muslim family, believed to be of Moroccan origin, for refusing to send their daughter to mixed swimming classes in Frankfurt.

Judges in Germany’s Federal Administrative Court ruled that “the basic right to religious freedom does not… provide for any demand not to be confronted at school with the behavioural habits of third parties – including those pertaining to clothing”.

As in the Swiss case, the German authorities had permitted the schoolgirl to wear a burkini, but again this was refused by the girl’s parents.

Switzerland refuses to entertain conservative Islamic traditions in its schools

Switzerland has been mired in a number of religious controversies involving its Muslim residents. Last April, two Muslim brothers found themselves at the centre of a heated national debate after refusing to shake hands with their female teachers at a school in Therwil, Basel.

Shaking hands is an important mark of respect in Switzerland and usual practice in their schools. The boys’ refusal was not only regarded as disrespectful, but falling foul of the country’s equality and discrimination laws. As a result, they were each fined £3,500 by their local education authority.

The schoolboys gained a temporary reprieve, but the local authority decided to uphold the school’s rules and fines. The older brother left the school over the summer, but 15-year-old Amer Salhani remained and lodged an appeal against the decision, maintaining that ‘shaking hands with women went against his religious beliefs’.

His case was thrown out in September. Following the decision, the local department of education, culture and sport said in a statement:

“A teacher has the right to demand a handshake…The public interest with respect to equality between men and women and the integration of foreigners significantly outweighs students’ freedom of conscience (freedom of religion).”