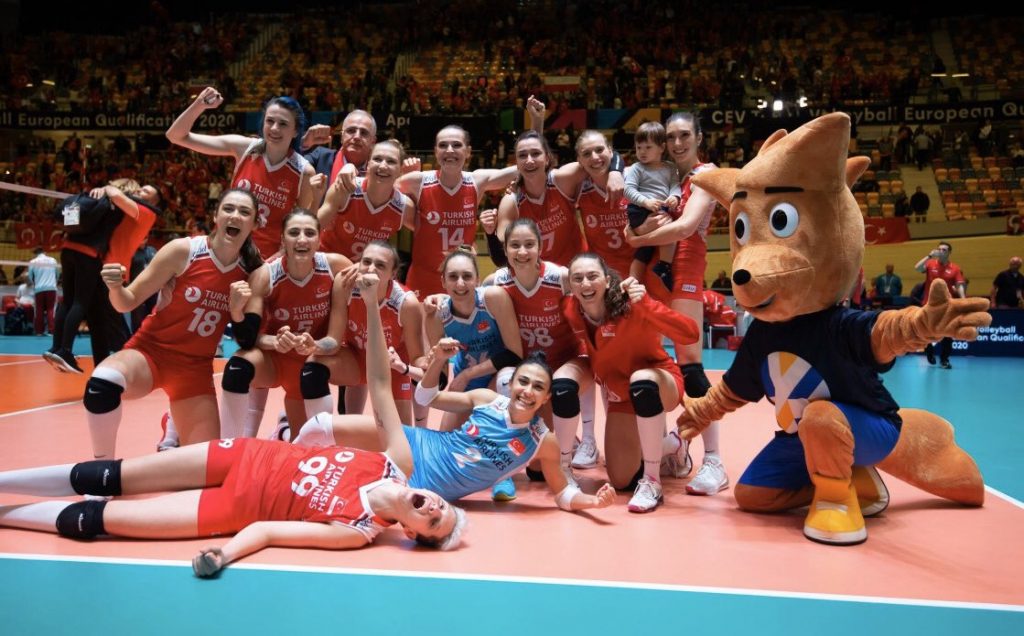 Turkey’s female volleyball players were flying high after securing their place at the 2020 Tokyo Olympics by defeating Germany in three straight sets on Sunday.

Playing at the Omnisport Apeldoorn arena in the Netherlands, Turkey beat Germany 25-17, 25-19 and 25-22 in their Olympic CEV European qualification final. Outside spiker Hande Baladin was the game’s top scorer with 18 points.

Turkey now joins Italy, Russia and Serbia for the Tokyo Olympics, which will run from 24 July to 09 August.

It will be the Turkish female volleyball players’ second-ever appearance at an Olympics, having previously qualified for the 2012 London Summer Olympics.

The moment Turkey qualified for the Tokyo Olympics