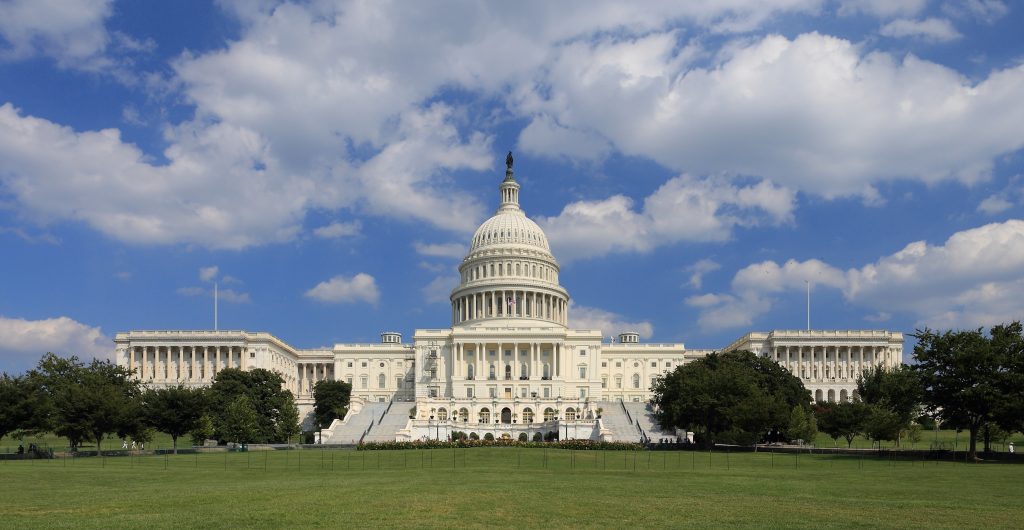 A bill calling on the American government to lift a decades-old arms embargo on the Greek Cypriot-controlled Republic of Cyprus has passed a legislative hurdle – but only after an amendment was added making such a move conditional on denying the Russian navy access to the island’s ports.

The Senate’s Committee on Foreign Relations voted in favour of putting the Eastern Mediterranean Security and Energy Partnership Act 2019 forward for further consideration by the full Senate, following a meeting of its members on Tuesday, 25 June.

Sales of American arms to the Republic of Cyprus have been prohibited since 1987. The Turkish Republic of Northern Cyprus (TRNC) is not directly affected by the ban because its defence needs are met by Turkey.

The bill, as introduced in April by Senator Bob Menendez of the Democrat Party and Republican Senator Marco Rubio, would also “impede the transfer” of F-35 fighter jets to Turkey if it takes delivery of the S-400 surface-to-air missile defence system from Russia, something that would be “sanctionable under US law”.

Turkish President Recep Tayyip Erdoğan has insisted that the S-400 purchase is a “done deal”.

The Bill also calls on the establishment of a “United States-Eastern Mediterranean Energy Center to facilitate energy cooperation between the US, Israel, Greece, and Cyprus”; and for the American government to “submit to Congress a strategy on enhanced security and energy cooperation with countries in the Eastern Mediterranean, as well as reports on malign activities by Russia and other countries in the region”.

It would also authorise financial assistance to Greece and the Greek Cypriot administration for military education and training purposes.

In May TRNC Deputy Prime Minister and Minister of Foreign Affairs Kudret Özersay warned that the Bill would threaten peace and stability in Cyprus if it became law.

Issuing a statement hailing the approval of the Bill by the Senate Foreign Relations Committee, Senator Menendez said: “I am thrilled to see such strong bipartisan support for this important piece of legislation to chart a new path forward for the Eastern Mediterranean.

“Israel, Greece, and Cyprus are key partners of the United States, and today’s vote confirms that we need a new strategy that reflects our mutual interests.

“The Eastern Mediterranean is a region of central importance to our country, and it must therefore figure more prominently in how we allocate diplomatic energy, engagement and resources.

“I look forward to working with my colleagues so that this important legislation is swiftly considered and approved by the full Senate.”

Tensions in the Eastern Mediterranean have been rising in recent years as energy companies hired by South Cyprus – including US firm ExxonMobil – have made “encouraging” offshore hydrocarbon discoveries in areas that the Greek Cypriots have declared as their “exclusive economic zone”, disregarding the rights of the Turkish Cypriots and Turkey’s continental shelf.

Vague offers by the Greek Cypriot side to share any potential wealth – but only in the event of a solution to the long-running division of Cyprus – have been met with scorn by the TRNC.

Turkey, with the approval of the TRNC government, has responded by dispatching its own drill ships to the region, sparking the threat of sanctions from the Greek Cypriots’ EU allies.

Commenting on the US senators’ Bill before flying out to Japan for a G20 summit, President Erdoğan said that Turkey and the TRNC were acting within their rights in the Eastern Mediterranean.

“America, especially, has no rights in the Eastern Mediterranean,” he said. “How could the US Senate adopt such a decision?”

He repeated an earlier view that only Turkey, Greece and the United Kingdom, as the island’s three guarantor powers, could have a say on Cyprus.

Earlier in week he also aimed similar criticism against France over its “statements and interference in the region”.

Meanwhile Greek Cypriot leader Nicos Anastasiades – who had previously hailed the Bill for attempting to lift the US Cyprus arms embargo – was left despondent after the late insertion into the draft legislation of the new clauses targeting Russia, traditionally a close ally of the Greek Cypriots.

One amendment states that the arms embargo would only end if it is determined by the US President on an annual basis that the “Government of the Republic of Cyprus has made and is continuing to take the steps necessary to deny Russian military vessels access to ports for refuelling and servicing”.

In February 2015 Mr Anastasiades agreed a deal with Russian President Vladimir Putin that would allow Russian navy ships to use South Cyprus ports, sparking concern in London, Washington and in the EU.

Mr Anastasiades said the new text was “unfortunate” and that he was “saddened” by the amendments which “affect the independence and sovereignty of the Republic of Cyprus to a large extent”, according to Greek Cypriot media reports.

“To date, facilities to any country were always granted for humanitarian reasons and I don’t think such conditions can be set, especially with a country, and I’m talking about America, with which we seek further strengthening of our relations. I am under the impression that the amendment was unfortunate,” he was quoted as saying on Wednesday.

Another amendment would require any American President to certify that the Greek Cypriot authorities are “continuing to cooperate with the United States government in efforts to implement reforms on anti-money laundering regulations and financial regulatory oversight” – a move seen as targeting Russian activities in South Cyprus.