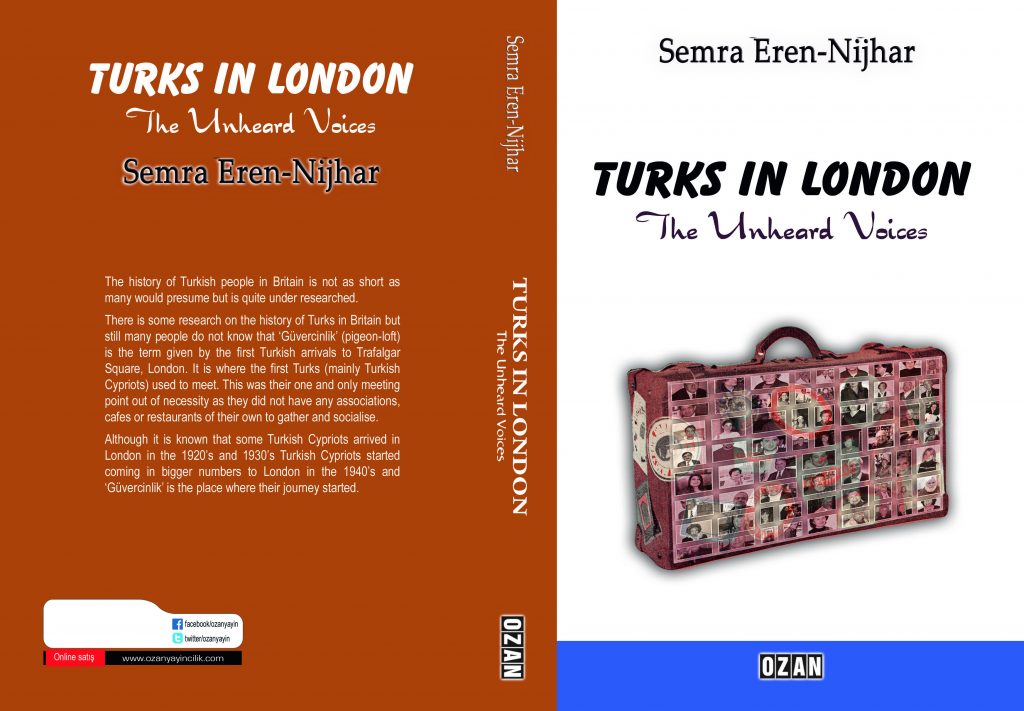 Books in English about London’s diverse Turkish community are hard to come by. One of the community’s foremost authorities is sociologist, writer and filmmaker Semra Eren-Nijhar.

At the turn of the millennium Eren-Nijhar embarked on a six-year project to ‘give a voice’ to “[Turkish] people from different walks of life”living in the capital.  She interviewed over 100 people for her project, from students to singers, politicians, teachers, housewives, and entrepreneurs, and featured their portrait photos and short stories in a pioneering exhibition at City Hall in 2006, helping to give greater visibility and insights into one of London’s most colourful communities.

A decade later, many of the interviews have made their way into a book – Eren-Nijhar’s ninth and her third in English. It makes for fascinating reading and now you have a chance to win yourself a copy through this T-VINE competition. To be in with a chance to win, answer the simple question below.

Where did an exhibition of those featured in the book first take place in 2006?

The competition is free to enter and runs to Sunday 16 December 2018.

T-VINE Magazine is giving away one copy of Turks in London by Semra Eren-Nijhar. Correct entries will be entered into a free prize draw and the winner notified within 24 hours of the competition closing. The competition is open to UK residents only.

The deadline for your competition entry is 23.59 (UK time) Sunday 16 December 2018. We will announce the winner within 24 hours after the competition closes.

There is a single prize on offer: a copy of Turks in London by Semra Eren-Nijhar, which will be despatched by Royal Mail recorded delivery to the address provided by the winner.

A winner will be selected randomly by T-VINE Magazine, who must claim their prize within four hours of being contacted. Failure to do so would render them disqualified and a new winner picked.