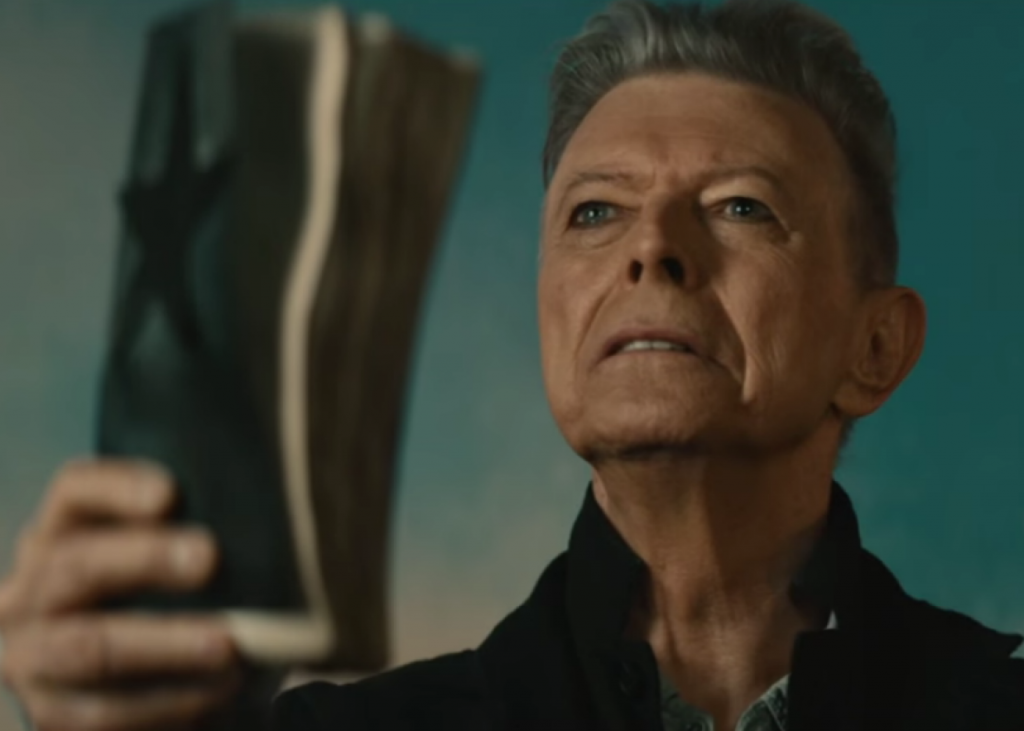 Few artists have achieved as much in their life as David Bowie. His talents were endless: singer, songwriter, musician, producer, actor, painter, fashion icon…

Since first coming into the public consciousness in 1969 with the release of his second album David Bowie/Space Oddity, Bowie has proved to be the master of transformation and innovation, his music, image and assorted personas forever changing and filling our worlds with colour like no other.

Just over a week ago on 8th Jan. – his 69th birthday – Bowie released his 26th studio album Blackstar. There was no suggestion he was seriously ill. So to wake up on Monday morning to news of his death following an 18-month battle with cancer was a total shock.

Bowie’s work had touched and influenced so many people around the world that it was natural to see such a huge outpouring of grief. We mourned the passing of our hero in a myriad of ways: tributes online, leaving flowers outside his New York apartment and former Berlin home, a singalong of his greatest hits in Brixton, South London, where he was born.

It was also a time for quiet reflection, to reconnect with his music. Streaming services reported a near 3,000% increase in people listening to David Bowie songs this week. On Friday, 19 of Bowie’s albums were listed in the UK’s Top 100 album charts, 10 of them in the Top 40, with Blackstar entering at number 1.

The vast number of tributes, anecdotes and articles gave us a fascinating insight into Bowie’s life and career, and an opportunity to discover a host of new things about this great man and his amazing legacy.

Here’s a selection of the many tributes Turks made about this iconic star along with our list of seven lesser known facts about Bowie and the world of Turks.

7 FACTS ABOUT DAVID BOWIE & THE WORLD OF TURKS

While living in West Berlin between 1976 and 1978, Bowie saw Yaşasın scrawled on a wall in Neukölln, a district popular with Turkish migrant workers. He asked about and when he found out it was in Turkish, he asked the Turkish Embassy what it meant. Told it was ‘Hooray! Long Live’, Bowie was inspired to pen a song from the view of a Turkish migrant worker who’d left his homeland for a better life in Germany. A mix of reggae beats and Turkish melodies, Yassassin is the fourth track on Lodger (1979), and was also released as a single in Holland and Turkey.

Bowie’s hauntingly beautiful instrumental track Neuköln, with its faux-zurna sound (Bowie playing saxophone), was also said by critics to be influenced by Germany’s poor Turkish community and their rootlessness. The song was included on the Heroes (1977) album.

A few years after the death of her husband Charlie Chaplin in 1977, his widow Oona was said to have struck up a relationship with David Bowie. The two were regular guests on board Theseus of Attica, a Greek private yacht based in Rhodes. Chaplin regularly chartered the boat and during 1981 and 1982, she was seen several times docking into Bodrum with Bowie.

The multi award-winning producer, arranger and composer helped deliver hits for many musical luminaries including Aretha Franklin, the Bee Gees, Chaka Khan, Phil Collins, and Norah Jones. In 1985-6, he worked with David Bowie and Trevor Jones on the soundtrack to the musical fantasy film Labyrinth, including Underground, Magic Dance and Within You. Released in 1986, the film, which starred Bowie and a young Jennifer Connelly, and its music proved to have enduring quality adored by children from across the generations.

Turkish multi-instrumentalist Erdal Kızılçay (bass guitar, oud) played alongside David Bowie in the studio and live for over a decade. He first performed on demos for the Let’s Dance (1983) album produced by Nile Rogers, with Kızılçay credited for keyboards and bass on the global number one title track. Bowie then got Kızılçay to play synthesizer, bass, drums, string arrangements, and do some backing vocals on the Iggy Pop album Blah Blah Blah (1986) that he produced.

His musical talents led Bowie to call Kızılçay“My invincible Turk”. He featured on Bowie’s 17th studio album: Never Let Me Down (1987) and embarked on two mega world promotional tours with the star: Glass Spider, which spawned the Glass Spider (1988) video album, and the Sound+Vision greatest hits tour in 1990. He also played on Bowie’s soundtrack for the TV series The Buddha of Suburbia (1993), and on 1. Outside (1995) – Bowie’s 19th studio album. In an interview with Roll Magazine in Feb. 1997, Erdal Kızılçay talked about buying a copy of a Nâzım Hikmet book in Chicago as a gift for David Bowie. When he went to give the singer the book, Bowie said “Thank you. I already have this”, which totally surprised Kızılçay. After this, the two would discuss the profound words of the Turkish poet, playwright and novelist extensively.

Bowie was particularly taken with the romantic communist’s poem Jokond ile Si-Ya-U (Gioconda and Si-Ya-U, 1929) and told Kızılçay he wanted to use some of the scenes in a future musical project. He was also said to have been blown away by Hikmet’s farsighted work in Memleketimden İnsan Manzaraları (Human Landscapes, 1966-67).

Bowie’s first wife Angie was born in Nicosia, as her English father George Barnett worked as a mining engineer in the Cyprus Mines Corporation (CMC). An article she penned in 2000 includes details of her and David holidaying in Denizili (Xeros), near Gemikonağı, and Girne in 1972.

Turkish Cypriot businessman Altan Houssein, whose father worked with Angie’s father at CMC recalls meeting Bowie when he was 17-years-old.The singer, who’d hit the big time with Ziggy Stardust, came to the CMC Club House where he shared a few beers with the young Houssein, who said Bowie was “fairly shy”, but happy to express his love of Cyprus.

The island featured in the lyrics of Move On, a song on Bowie’s Lodger (1979) album: “Cyprus is my island/ When the going’s rough / I would love to find you / Somewhere in a place like that”.

Founded by Turkish Cypriot DJ Erol Alkan in 1997, this legendary club night in the heart of London quickly became a mecca for fans of alternative music. Every Monday for a decade, the capital’s coolest, quirkiest clubbers partied alongside music stars as Alkan and friends played a mash-up of current and classic indie pop, rock, and electro songs. For the last seven of those ten years Trash would always end the night with Rock ‘n’ Roll Suicide by David Bowie.

Artist Tracey Emin posted a picture of her with David Bowie on Twitter, and wrote, “So long my friend. Thank you for the sound track of my life #DavidBowie”.

So long my friend. Thank you for the sound track of my life #DavidBowie pic.twitter.com/glplqdgbRd

Producer İskender Paydaş, who has worked with Turkey’s top music stars, wrote on Twitter, “Yazık ki seninle birlikte müzik yapma hayalim cok yaklaşmışken artık bu dünyada gerçekleşemeyecek.Toprağın bol olsun Türk dostu #DavidBowie”, which translates as (‘A shame that even though we got real close to realising my dream of making music with you, it will not be possible in this life. Rest in peace friend of Turks #DavidBowie’).

Baroness Meral Hussein-Ece said on Twitter: “Grew up to the backdrop of his music, style. A one off. V sad.”

Grew up to the backdrop of his music, style. A one off. V sad. https://t.co/hYjHuwwRKw