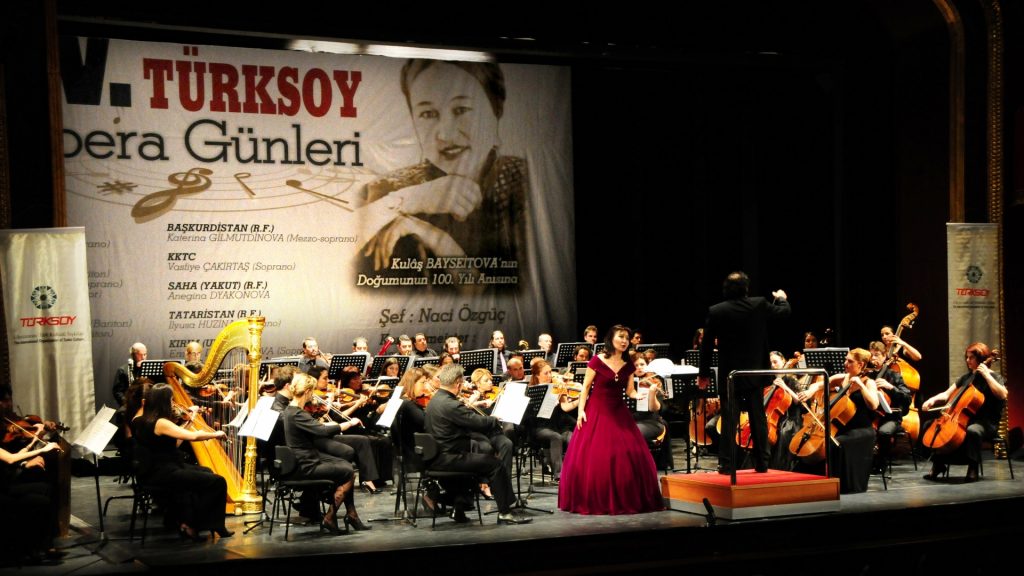 An annual opera festival with celebrated artists from across the Turkic work has started. The opening performance of TÜRKSOY took place at the Grand Pera Theatre in Istanbul on Monday night. In keeping with tradition, the series of concerts will also travel to the Turkish Republic of North Cyprus for its final event on Wednesday, 13 September, with a performance at Bellapais Monastery in Girne.

The events are being jointly staged by Turkey’s Culture and Tourism Ministry, its State Opera and Ballet Department, and the TRNC’s Education and Culture Ministry, with support from the ministries of culture from participating Central Asian states.

First launched in 1994, this transnational cultural event aims to annually bring together the stars of opera from across the Turkic world. This year, singers and musicians from Turkey and North Cyprus are joined by those from Azerbaijan, Kazakhstan, and Kyrgyzstan to perform opera classics.

This year’s event in Cyprus is being held in honour of Turkish Cypriot TV presenter Hakan Çakmak, a prolific champion of arts and culture who passed away earlier this year. The Bellapais concert starts at 8pm, and is open to the public free of charge.

Now in its twentieth year, TÜRKSOY stands for the International Organisation of Turkic Culture, which is headquartered in Ankara and represents six member and three observer states from across Central Asia and the Eastern Mediterranean. The full members are: Azerbaijan, Kazakhstan, Kyrgyzstan, Turkey, Turkmenistan and Uzbekistan, while those with observer status are Tatarstan and Găgăuzia.

TÜRKSOY’s aim is to promote the shared heritage of Turkic people both to their own populations and to the wider world, whilst also supporting their own cultural stars. Past activities have included artists, photographers, painters, poets, and journalists, with shared events around theatre, dance and music. Another annual event they stage is Nevruz – a longstanding Central Asian festival to usher in spring.

Each year a city in a different member state becomes the Cultural Capital of the Turkic World. This year, it is Turkistan, located in southern Kazakhstan by the Syr Darya River.

Photo from concert during 15th TÜRKSOY Opera Days, May 2012.