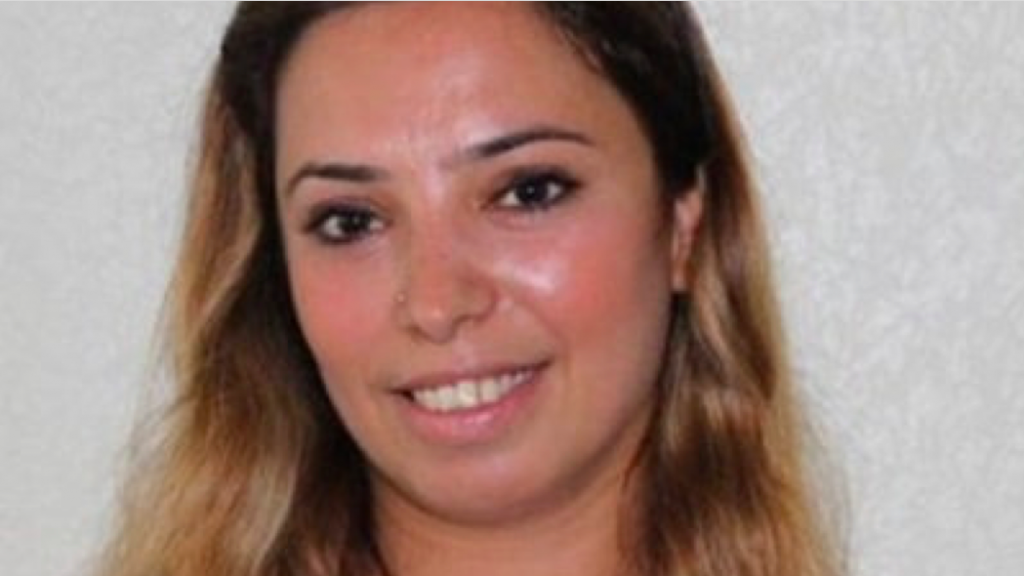 A man who shot dead a woman working at the Izmir office of the opposition Peoples’ Democratic Party (HDP) has been arrested by police.

Deniz Poyraz was killed when the suspect, Onur Gencer, entered the building and opened fire just after 11am on Thursday, 17 June.

The 38-year-old woman was filling in for her mum Fehime Poyraz, a kitchen assistant at the HDP Izmir provincial headquarters, who was feeling ill that day.

A meeting, due to be attended by up to forty people, had been scheduled at the office for an hour later that day. At the time the suspect entered, only Deniz Poyraz was present.

According to the Demirören Haber Ajansı (DHA), ten rounds were discharged at the scene from a Ruger 9mm pistol, including those which killed Deniz Poyraz.

The entrance to the building is guarded by police, and questions remain how Gencer was able to pass them and go up to the second floor, where HDP’s offices are located, and then escape.

HDP MP Murat Çepni told Turkish paper Bianet that, “Our female friend Deniz Poyraz has been killed,” adding that “It is not the first time such an attack happens, the Izmir Provincial branch was attacked before.”

According to Çepni, “The attack happened even though the party building is opposite to the police station.”

Gencer, a former health worker who had recently resigned from his job, was arrested the following day and has confessed to his crime.

38-year-old party worker #DenizPoyraz was shot dead in broad daylight as she was having breakfast.

The assailant who was identified as Onur Gencer (27) has shared photos of himself apparently while fighting in Syria. pic.twitter.com/T3PsCKgFsv

In his statement to the police, Gencer is reported to have said that he did not have any affiliations with any political group and that he carried out the attack because of his hatred toward the PKK (Kurdistan Workers’ Party). He had gone to the HDP Izmir office intending to kill anyone he found there.

“I entered the building with the intention to kill everyone who might have been in the office at that time, and fired [my gun] indiscriminately everywhere,” Gencer said in his statement.

The PKK is a terrorist organisation that is banned in Turkey and many other countries around the world, including Britain and the USA. Some members of the pro-Kurdish HDP have shown sympathy to the PKK, leading to accusations that the party is a political front for the terror group.

There are currently efforts to permanently close HDP. Turkey’s Constitutional Court is considering an indictment, prepared by the Chief Prosecutor in March, to ban the party and also bar 451 HDP members from politics for five years, accusing them of violating the country’s Constitution.

The Court is expected to give its preliminary verdict on whether to progress with the indictment on Monday, 21 June. Should that happen, HDP will be formally sent the indictment and asked to prepare a defence.

Criminalising HDP and the murder of Deniz Poyraz

HDP has linked the murder of Deniz Poyraz to the Turkish government’s efforts to vilify and close down the party.

A written statement issued by the party’s Central Office following the attack said, “The HDP has been targeted by the ruling party and the Interior Ministry, and some families have been brought in front of the HDP provincial buildings with the aim of provocation for months.”

Thousands attended the funeral for Deniz Poyran, using the opportunity to slam the government. Protests have also been held around the country.

Pervin Buldan, the Co-Chair of HDP, said: “The mentality that murdered Deniz is the same as that that pursue the HDP for closure. At all costs, we will bring democracy, freedoms and justice and peace to the country. We promise this once again to Dear Deniz!”

Co-Chair #Buldan #DenizPoyraz‘s funeral: The mentality that murdered Deniz is the same as that that pursue the HDP for closure. At all costs, we will bring democracy, freedoms and justice and peace to the country. We promise this once again to Dear Deniz! pic.twitter.com/e3t0lZgpva

HDP is Turkey’s third largest party, garnering in excess of six million votes in the 2018 General Election. Its political rise since 2015 has prevented AKP (Justice and Development Party) from maintaining power with majority rule.

For the past five years, the Turkish government has regularly accused HDP and its members of “terrorism”. Media loyal to AKP has carried these claims too, positioning HDP as the political wing of the PKK.

In February, hundreds of HDP members were arrested – the latest in a series of police raids against party activists.

More than 100 Mayors elected in 2014 and 2019 have also been removed from office on charges of “terrorism” and replaced with officials appointed by the government (‘kayyum’).

The party’s former leader Selahattin Demirtaş, a lawyer of Kurdish descent and former Turkish presidential candidate who led the party to securing over 10% of the national vote in successive elections, has been held in pre-trial detention for over four years. In December of last year, the European Court of Human Rights found his detention to be unlawful and ordered his release.

Critics claim the current campaign against the Kurds, and other left-wing opponents of President Erdoğan reflects Ankara’s increasing slide towards authoritarianism.

Initially, Erdoğan proved to be one of the most progressive Turkish leaders on Kurdish rights. He lifted the Kurdish language ban and in 2009 launched TRT Kurdi – the first national Kurdish channel. In 2013 Erdoğan also opened peace talks with jailed PKK leader Abdullah Öcalan.

Three years later, following a series of election setbacks and constant opposition from HDP, Erdoğan opted to go in the opposite direction, seeking to consolidate his party’s power through a formal alliance with the fascist Nationalist Movement Party (MHP).

MHP is vehemently opposed to Kurdish self-determination. The alliance with AKP has led to a harder line being adopted by President Erdoğan and his government.

For many, the efforts to criminalise the HDP mirrors a decades-old campaign to silence the country’s Kurdish population who are pursuing self-determination. Since the 1980s, activists and politicians advocating similar aims to HDP have also been jailed or barred from politics.