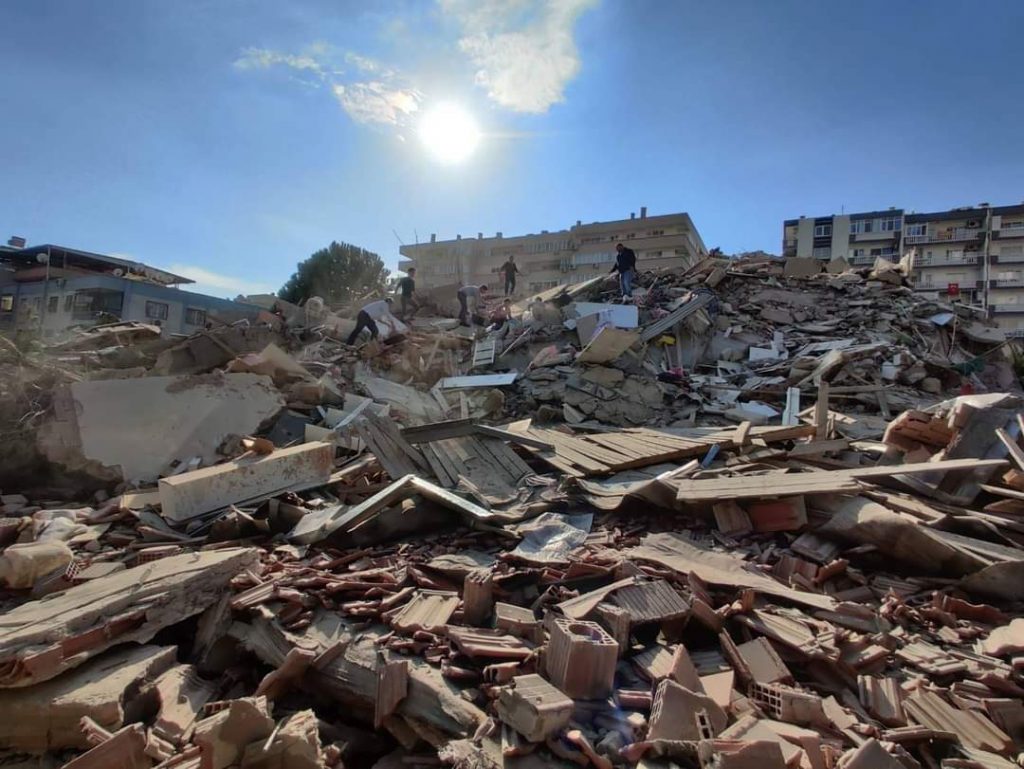 Officials have confirmed 20 people have been killed in Turkey along with two teenagers on the Greek island of Samos after a 7.0 magnitude earthquake struck the Aegean region.

The fatalities in Turkey were in the western province of Izmir, where over 780 people were also injured, with several in a critical condition.

Dozens remain trapped beneath rubble in the city centre following the collapse of around 20 mainly high-rise buildings. Izmir’s Bayraklı district is one of the worst affected areas.

Emergency services and Turkey’s Disaster and Emergency Management Authority (AFAD) attended quickly, and an extensive rescue effort involving over a team of 1,000 specialists and volunteers is under way to locate and pull people out from the debris.

Temporary overnight shelters have also been set up for those in the city unable to return to their homes amid concerns more buildings may collapse.

The deadly quake struck at 2:51pm local time (11.51 GMT) on Friday. According to theU.S. Geological Survey, the earthquake’s epicentre was 24 km northeast of Samos, which is about 49 miles (79 km) from Izmir.

Tremors were felt as far away as Athens and Istanbul, and powerful aftershocks have continued all evening.

In nearby Samos, two teenagers were killed by collapsed walls. The Greek authorities urged residents on the island, which has a population of about 45,000, to stay away from coastal areas after the quake triggered a tsunami. Further tidal waves are expected.

There has also been extensive flooding in Izmir, where at least one woman in a wheelchair lost her  life after drowning.

Horrible. A building collapses after a 7.0 earthquake near İzmir.

Hopefully people were able to leave

No information on casualties yet pic.twitter.com/N31840lZxJ

Despite an ongoing crisis between Greece and Turkey over maritime and hydrocarbon rights in the Eastern Mediterranean, the two countries were quick to push their political differences aside following the natural disaster.

The leaders of both countries have been in touch directly and on social media offering rescue support and humanitarian aid to each other.

Offers of help have also come from the Red Crescent, Red Shield, and Red Cross movements of other states too, including Iran, Israel, Azerbaijan and Russia.

I offer my condolences to all of Greece on behalf of myself and the Turkish people. Turkey, too, is always ready to help Greece heal its wounds.

That two neighbors show solidarity in difficult times is more valuable than many things in life. https://t.co/eo6iClofKZ