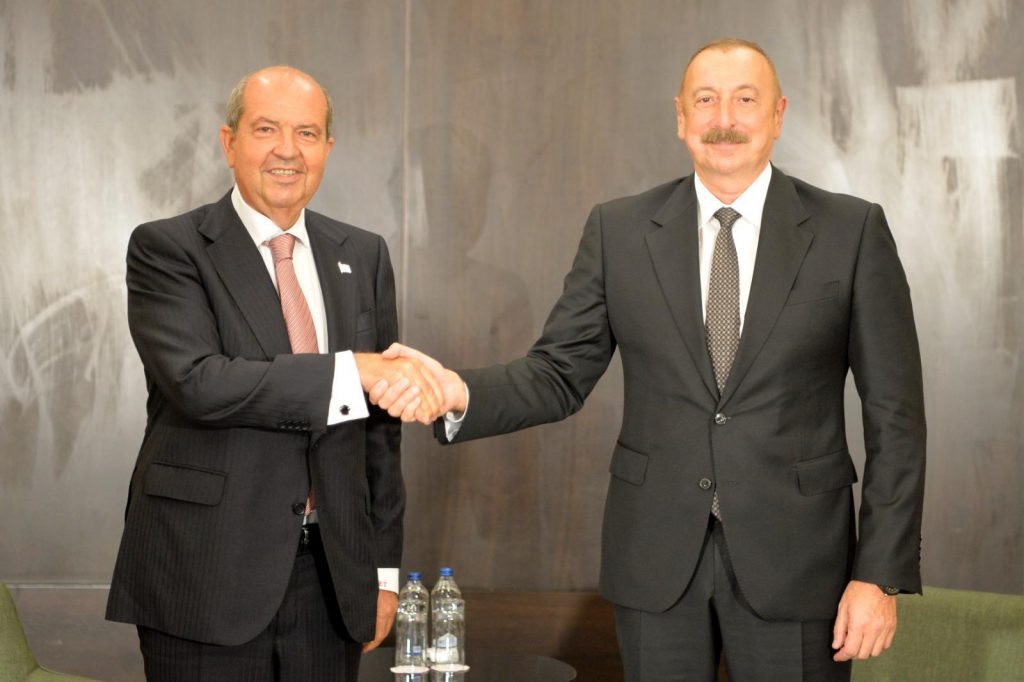 It was all smiles as Ersin Tatar, President of the Turkish Republic of North Cyprus, posed for pictures with Ilham Aliyev, the President of Azerbaijan during a meeting of the two leaders. The pair were in Konya for the opening of the Islamic Games, which start today.

The meeting at the Ramada Plaza Konya, which lasted for about 40 minutes, is believed to be the first between the two men.

President Tatar had travelled to Konya in central Turkiye to attend the Opening Ceremony of the 5th Islamic Solidarity Games at the invitation of the President of Turkiye, Recep Tayyip Erdoğan.

The Turkish Cypriot leader had been criticised for attending the Islamic Games because the TRNC does not have a team participating in Konya. It’s not clear if the TRNC authorities had applied to participate and were rejected as they are only Observer Members of the Organisation for Islamic Conference (OIC) or whether they had not applied at all.

Responding to his critics in a statement issued on Monday, 8 August, President Tatar said part of his reason for attending the Games was to hold “bilateral meetings” where he would “bring to the agenda the sports embargoes faced by Turkish Cypriot youth that has been continuing for many years.”

A spokesperson for President Tatar confirmed today’s meeting with President Aliyev had taken place “in a very cordial atmosphere”. The TRNC leader had “emphasised” the need to “develop mutually beneficial relations between the two countries”.

Significantly, the Azerbaijan Presidency and Azerbaijani press covering the meeting have referred to Ersin Tatar by his full title as “TRNC President.”

Azerbaijan does not currently recognise either the TRNC or the Republic of Cyprus. However, Azerbaijan does share strong informal ties with the Turkish Cypriot state. There has been a growing number of Azerbaijani dignitaries visiting the northern part of the divided Eastern Mediterranean island to learn more about the country and to offer solidarity to Turkish Cypriots, including a delegation from the Azerbaijani Parliament last year.

The Azerbaijanis have responded positively to Ersin Tatar’s regular support for them over the Nagorno-Karabakh dispute, which resulted in a brief war in 2020, where Azerbaijan was able to recover much of their occupied territory from Armenia.