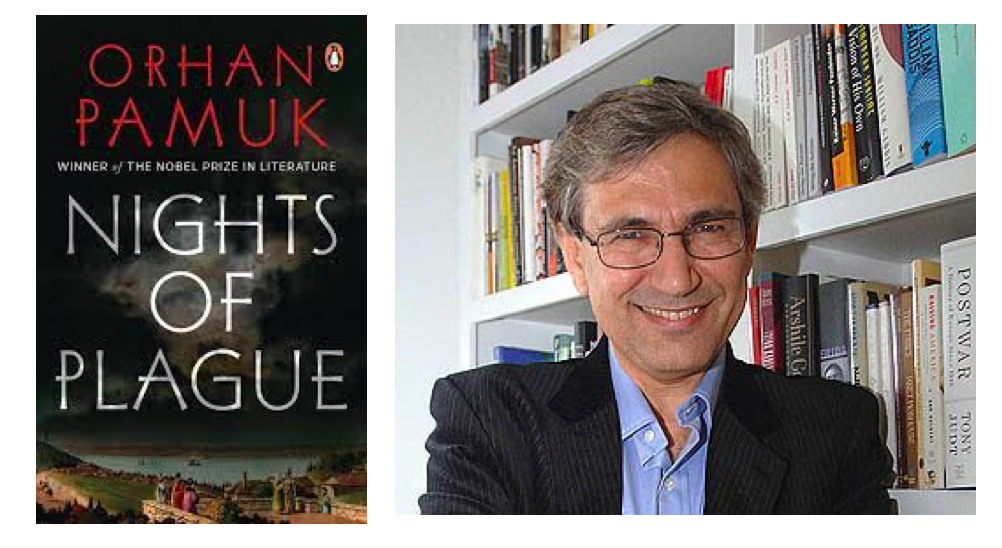 Renowned Turkish author Orhan Pamuk’s new novel Nights of Plague is set in 1901. It opens with the royal ship Azizye approaching the famous vistas of Mingheria, the 29thstate of the ailing Ottoman Empire.

Aboard are Princess Pakize, daughter of a deposed sultan, and Bonkowski Pasha, her doctor husband and the Royal Chemist. Each holds a separate mission, but Mingheria is on the cusp of catastrophe.

There are rumours of plague, but plague is not the only killer stalking their steps.

Soon, the eyes of the world will turn to this ancient island, where the future of a fragile empire is at stake, in an epic and playful mystery of passion, fear, scandal and murder.

Pamuk has written many celebrated books of fiction, non-fiction, and photography that have been translated into over sixty languages, selling over 13 million between them.

In 2003 he won the IMPAC prize for My Name is Red, and in 2006 he was awarded the Nobel Prize in Literature.

Later this month, Turkiye’s most famous modern writer will appear at the Queen Elizabeth to read passages from his new novel, and reflect on writing historical fiction and the parallels between past and present.

Admission notes: This event is for ages 16+. Run times may vary by up to 20 minutes, as they can be affected by last-minute programme changes, intervals and encores.