Groups stages of UEFA Champions League start, as teams vie to reach the final in Istanbul next June

The group stages of Europe’s premier club football competition, the Champions League, get underway this week. A total of 32 teams will compete, hoping to progress to the latter knockout stages, with the top two going on to play in the final at Istanbul’s Atatürk Olympic Stadium on 10 June 2023.

Situated in the Başakşehir area of the city, west of the Bosphorus, and opened in 2002, the stadium boasts a seated capacity of over 75,000.

The venue famously hosted the 2005 decider, when Liverpool managed one of the greatest comebacks of all time, recovering from a 3-0 deficit to beat AC Milan. The sensational manner of the Scousers’ victory led the game to be called the “Miracle of Istanbul”.

Istanbul was initially due to host the 2020 final, but this was moved to Lisbon due to the COVID-19 pandemic. Coronavirus travel restrictions were also responsible for denying Istanbul the chance to host the 2021 showpiece.

The city was instead rewarded with next year’s final, which will have greater resonance as 2023 is the centenary of the creation of the Republic of Turkiye.

The draw for the group stages of the 2022/23 UEFA Champions League was made during a glitzy UEFA awards ceremony in Istanbul last month.

The group stages comprise of eight groups of four teams. Of the 32 teams that went into the pot, 26, among them current holders Real Madrid, had automatically qualified for the group stages. A further six came through the qualifying rounds.

The UK has a total of six teams still in the competition, four from England: (Chelsea, Liverpool, Manchester City, and Tottenham Hotspur) and two from Scotland (Celtic and Rangers).

Liverpool will be hoping to emulate their 2005 success in Istanbul

Turkiye has no teams left in this season’s Champions League after their two representatives, Super Lig champions Trabzonspor and runners-up Fenerbahçe, were both knocked out in the playoff and preliminary rounds respectively.

The earlier rounds of qualifying games took place as follows: 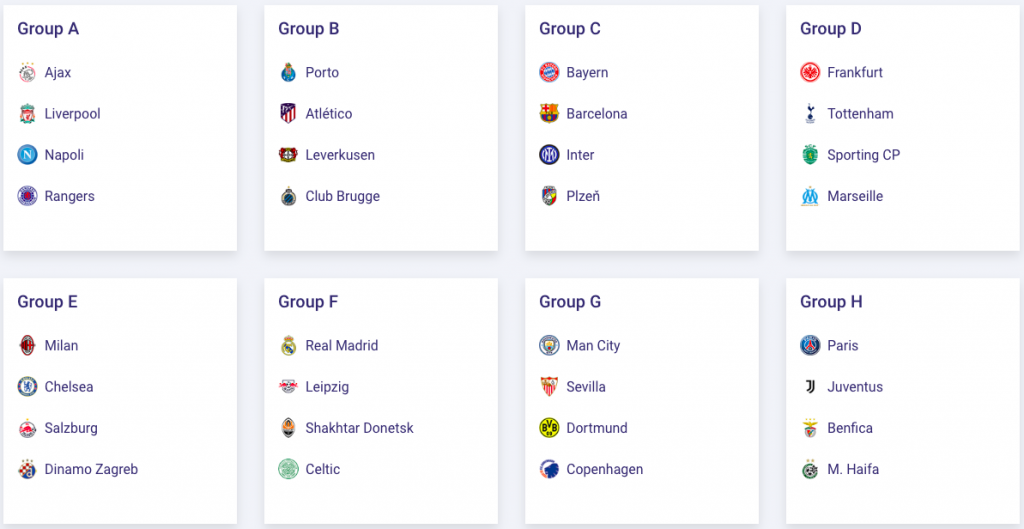 Knockout stages of the Champions League