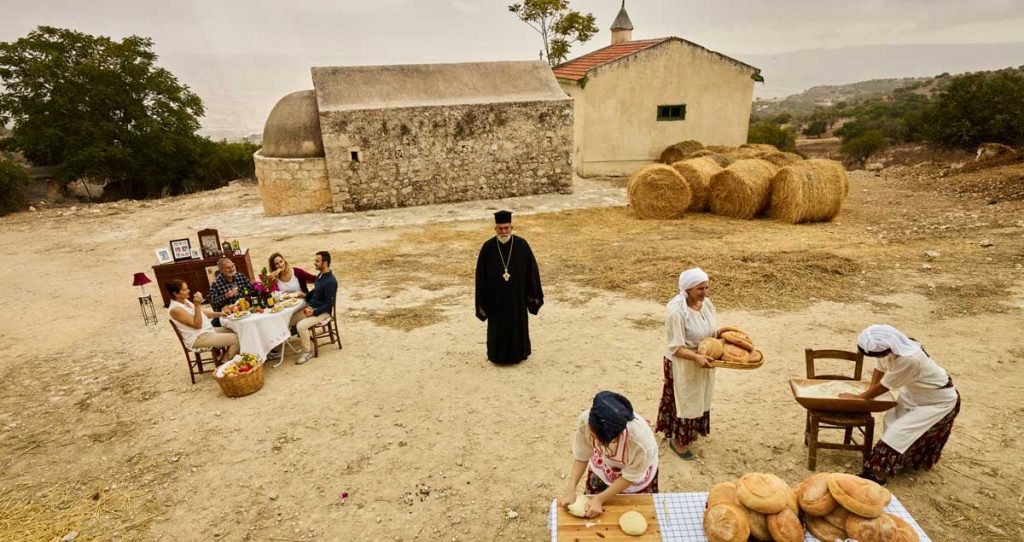 A new visual exhibition in Nicosia documents the lives friendship and lives of Cypriots from the lens of an outsider. Called Manda-la in Cyprus, the photography is part of an ongoing series by Masahiro Usami, whose previous work on the atomic bombings of Hiroshima and Nagasaki, and more recently the aftermath of Japan’s triple disaster of 2011 (earthquake, tsunami and nuclear disaster) has achieved global critical acclaim.

Curated by Elia Neophytou, the Nicosia exhibition opens on 4th January at the Home for Cooperation in the Ledra Palace Buffer Zone and runs for a week.

The exhibition’s name ‘Manda-la’ is derived from the word mandala – the spiritual symbol of the universe for both Buddhists and Hindus. In Buddhism, mandala often represents the nature of the enlightened mind and pure lands, a literal and meditative focal point that is removed and protected from the chaotic and impure outer world. It has been the central philosophy behind Usami’s photography for the past twenty years.

Usami’s photography of Cypriots takes its cue from this pure and unifying outlook. Each photograph is centred around a main figure and illuminates a detailed, unfiltered view of their life and environment. The exhibition is based on the interviews the artist conducted with Greek and Turkish Cypriots about their lives on the island before and after the conflict. Usami chose to document the stories of people who talk about friendship and respect between the two Cypriot communities. Their personal stories move beyond the politics and division of the island to project an optimistic message about the future of Cyprus.

Exhibition host Home for Cooperation says Usami’s work about Cyprus helps to “bring out the less visible”, and presents “a different perspective of Cypriots, both to Europe and to us – Cypriots”.

Born in 1972, Usami’s love of photography started during his university days. His hobby became elevated following the devastating events of 2011 in his native Japan, when he changed his artistry to reflect societal, instead of personal, expressions of life. His powerful images have focused on hope and peace over pain and hate, for example in his exhibitions about the horrific Hiroshima bombing that took place during World War II. He extends his human mandala series to the Eastern Mediterranean.

Manda-la in Cyprus was first shown at Ibrahim’s Khan in Baf/Paphos as one of the finale events in the city’s year-long European Capital of Culture activities. The exhibition now travels to Cyprus’ divided capital, its hopeful nature a fitting way to start the New Year.

Times: 9am to 6pm daily (longer on certain days, check online for details)