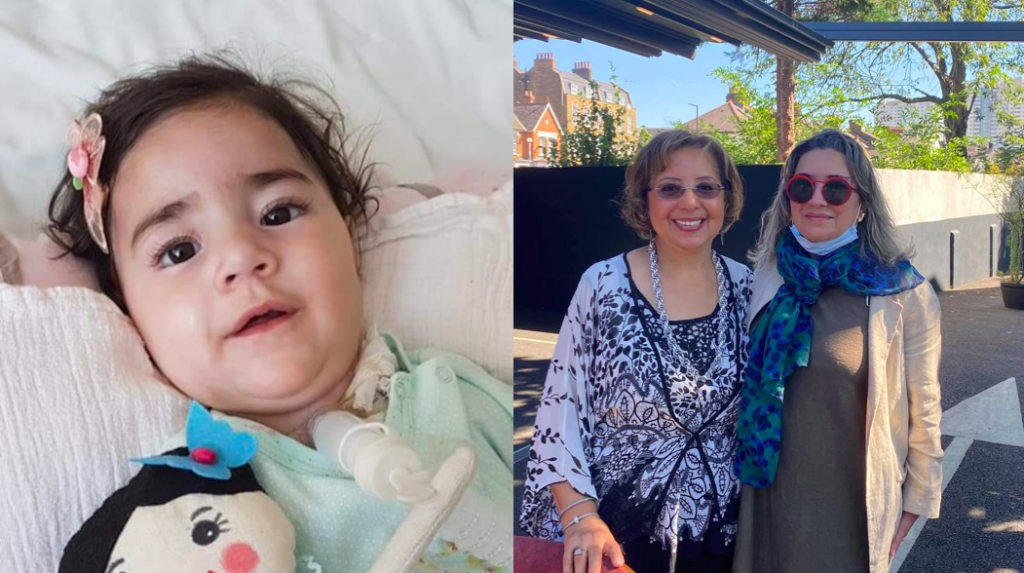 The Council of Turkish Cypriot Associations UK (CTCA) has raised £5,000 towards lifesaving treatment for baby Asya Polatlı. The 10-month only infant from the Turkish Republic of North Cyprus  is suffering from a rare and potentially fatal genetic disease, Type 1 Spinal Muscular Atrophy.

Babies with Type 1 SMA have severe problems moving due to their floppy, weak muscles caused by a defective gene.

As the disease progresses, babies are unable to raise their heads or sit without support, and struggle to eat, breathe, and swallow. If left untreated, the condition is usually fatal with many infants failing to live beyond the age of two.

CTCA are among hundreds to have answered the call from Asya’s parents Ozan and Güler Polatlı, who are desperately trying to raise $2.4 million (£1.9 million) to cover the cost of pioneering treatment Zolgensma by American pharmaceutical company Novartis.

Administered just once, Zolgensma is the only treatment available that can give Baby Asya the chance of a semi-normal life.

The Turkish Cypriot umbrella group launched their campaign to fundraise for Baby Asya with a big community picnic and raffle on Blackheath, Southeast London, last month. Among those who attended was new TRNC Ambassador to London Çimen Keskin, Consul General Buket Kop and fellow diplomats from the TRNC London Office.

CTCA President Ayşe Osman told T-VINE the picnic brought the Turkish and Turkish Cypriot communities together, who “generously contributed to the fundraising”.

The CTCA followed up with a fundraising breakfast at Kervan Sofrasi in Edmonton, North London, on 8 September, which again saw “charitable ladies” including Enfield Councillor Yasemin Brett, make significant donations to the fundraising pot for Baby Asya’s treatment.

According to a statement from CTCA, the total raised, £5,000, was transferred from their Turkish Bank account on 15 September to a dedicated fund for Baby Asya held at the Gönyeli branch of İşbank.

Little Asya is up against the clock to raise enough money to have the treatment. Novartis applies strict criteria to ensure the drug is effective: children must be under the age of two and weigh less than 13 kilos.

One way to slow down the impact of her illness is to give her other cheaper drugs, which are available in Turkey.

“Four weeks ago Baby Asya was brought on a private plane to start treatments at Ankara City Hospital. It saddens us tremendously that to this day, her treatment hasn’t started,” Ayse Osman said.

Asya’s aunt Aliye Mehmet confirmed the same to T-VINE. Promises made by the Turkish Health Ministry to cover the costs had led to euphoric feelings from the family, but for reasons they cannot understand the treatment has yet to commence.

“It’s really hard on the family because mum Güler stays with Asya at the hospital, while my brother [and Asya’s dad] Ozan is in Ankara too, running around trying to sort out the formalities, but he isn’t allowed into the hospital due to Covid restrictions. Asya’s twin sisters are with other family in Cyprus. The separation is really hard for all of them,” Ms Mehmet said.

CTCA UK and its member groups have pledged to continue with their fundraising efforts for Asya, so they can “bring life to Asya’s dreams” Mrs Osman said.

“Every donation offers a lifeline; the quicker Asya gets her treatment, the better chance she has to have a normal life just like all children,” she added.

The CTCA President thanked the organisation’s members and wider British community for their “generous donations” and said, “we will carry on to our second stage [of fundraising for Baby Asya].”