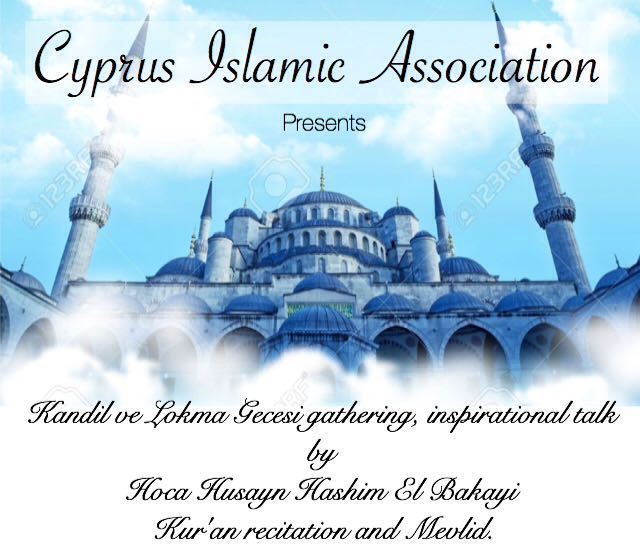 This Thursday, the Cyprus Islamic Association will be hosting a special prayer night and an inspirational talk by Hoca Husayn Hashim El Bakayi – a well-known religious personality in the British Turkish Cypriot community.

Held on Regaip Kandili Gecesi, which this year occurs on 7th April, this holy night of prayer, where candles and minarets are traditionally lit to symbolise a gateway to heaven, commemorates when God passed on his wisdom to the prophet Muhammed. While the evening is not mentioned in the Kuran, it remains an important night in the Muslim calendar, as worshippers give thanks for their blessings.

Thursday evening’s event at the TCCA will have recitations from the holy Kuran and a mevlid (prayers). Husayn Hoca will also give a talk about the traditional religious beliefs of Turkish Cypriots and the history of Kandil nights.

In Cypriot Islamic culture, these nights were known as namaziye Gecesi and namaz ayları, a time of thanks giving where lokma (pastries made of deep-fried dough that are soaked in syrup) was shared with neighbours and food handed out to the poorest and most needy in the community.