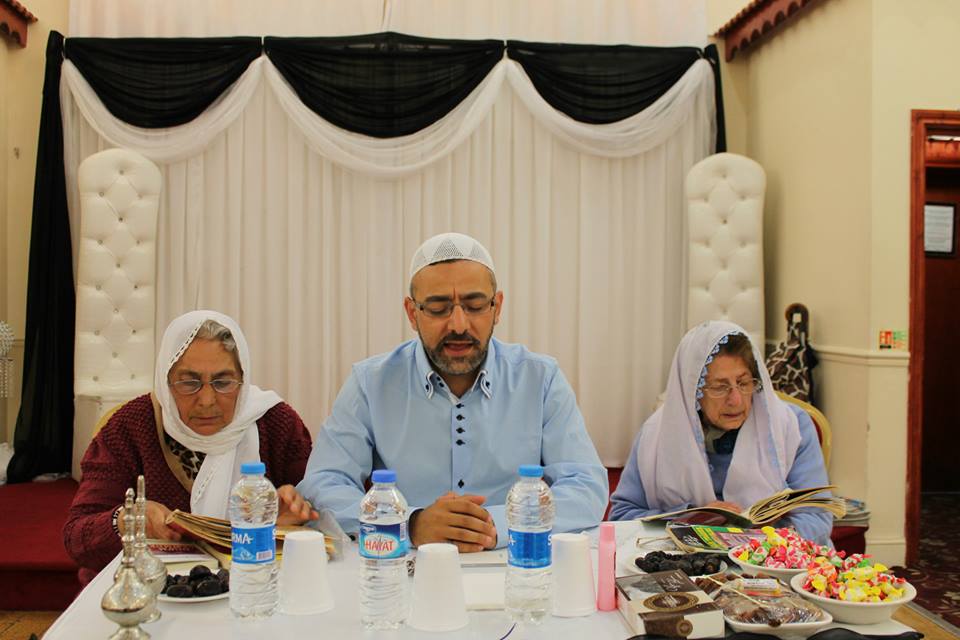 Husayn Hashim El Bakayi – the UK’s foremost pastor (‘hoca’) for Turkish Cypriots – will be streaming a Mevlit (traditional prayers) to commemorate the 33 Turkish Cypriots who have lost their lives to the coronavirus.

Under normal circumstance, the family of the deceased would hold a Mevlit for three consecutive nights after the burial, attended by relatives and friends. The prayers, led by a hoca or hacı (those who have made a pilgrimage to Mecca) are a vital Islamic ritual, while also offering spiritual comfort to mourners.

With a prohibition on gatherings, several people from the UK’s 300,000 strong community including Mrs Leyla Kemal, a former president of the Council of Turkish Cypriot Associations in Britain, suggested Husayn Hoca hold an online Mevlit instead.

Husayn Hoca, who is the founder and chair of the Cyprus Islamic Association, told T-VINE:

“This has been such an extraordinarily difficult time for bereaved families. The virus has stopped them from seeing loved ones before they pass over, and from attending funerals. Everything that is sacred to us during this important final journey has been turned on its head. The physical isolation is compounding their grief.”

“I hope the Mevlit and the recital will not only be a blessing to our loved ones, but also give peace to the family members who are still coming to terms with their loss. Let’s pray that the power of prayer will heal our souls and give peace to those many members of the community who have been left broken hearted,” he added.

The online prayer night will be in Turkish, Arabic and English. It will be broadcast Kanal T Televizyon, straight after the main evening news. A live stream will also be available via its Facebook, with links shared to other popular Turkish Cypriot Facebook groups.