Both lyrically and visually, Keeping the House is full of evocative descriptions of ‘Turkish Cypriotisms’. Could this be the only widely publicised, mainstream British novel referencing Bandabulliya, Lefkara lace, Molohiya and Yahni?

“These were the meals that slid oil into you, that kept you full when you wanted to eat more but couldn’t,” writes Cin. For British Turkish Cypriots, these words have a special significance.

Cin’s debut novel takes us through the cultural mash-up of mainland Turks and Kurds, Cypriots, both Turkish and Greek, and West Indians co-existing in Broadwater Farm during the 1990s and 2000s. From a loving yet dysfunctional homes, to green grocers on Tottenham’s Lordship Lane, dodgy cafes and snooker halls in Green Lanes.

‘The Farm’ carries the cultural legacy of notoriety gained in the 1980s after the community unrest and the Tottenham race riots of 1985. Our story begins in the aftermath.

Billed as a gritty crime novel about the North London heroin trade, Cin paints a delicate and humorous portrait of the ecosystem that feed the drugs journey from a field in Turkiye to the streets of Tottenham.

“a quirky, beautifully poetic depiction of a community and world hitherto unrepresented in English literature”

At its core, an inter-generational household of women. There is mixed race teenagers Ayla and Ipek, with younger brother Erhan, whose father is locked up for drug offences, their mother, resourceful and creative Ayla, who decides to try and offload the heroin stashed by her wayward boyfriend, and Makbule, Ayla’s deeply traditional Turkish Cypriot mother, suffering in the last stages of dementia.

Cin writes with cutting poignancy and humour to transport the reader to the heart of this community. Nehir Supermarket has been named after a river: “The vegetables are old in the shopfront outside but inside you can get a packet of twenty cigarettes for £1.50. Under the counter of course. Everything you want has a film of dust on it. If you buy crisps, they are squashed pieces already.”

On the unlikely connection between two disparate women, Ayla and her new-found Jamaican friend Zade, remind us of the parallels between the two communities, both ex-British colony islands granted independence in 1960, the British characteristically leaving an administrative void in their departure:

“My mother made a friend. She liked honest people. They bonded over both being relatively new to London and music that reminded them of other times, Esmeray and Stamma Houghton. Two island babies that kept waking up to a view of English concrete.”

Cin’s delicate cultural observations on the mixing of the two cultures in ‘her’ London allows us a window into the intricate intimacies that bind communities. 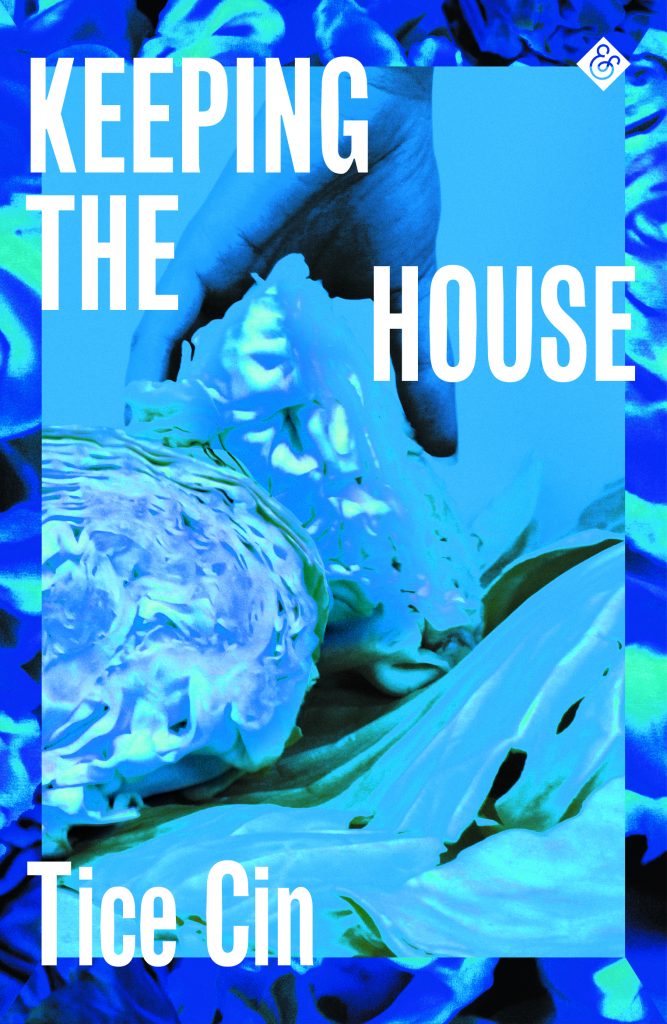 Keeping The House has been serialised as an audiobook and is currently available on Spotify. The book has featured in both the New York Times and Washington Post, and itwas named one of The Guardian’s ‘Best Books of 2021’. It has also been longlisted for both the Desmond Elliott Prize and the Jhalak Prize. Tice Cin is alumnus of Barbican Young Poets.

Cropped photo of Tice Can, top, by Dillon Kalyabe