From the Brits to the BBC, see Ali Köse on prime time TV show All Together Now 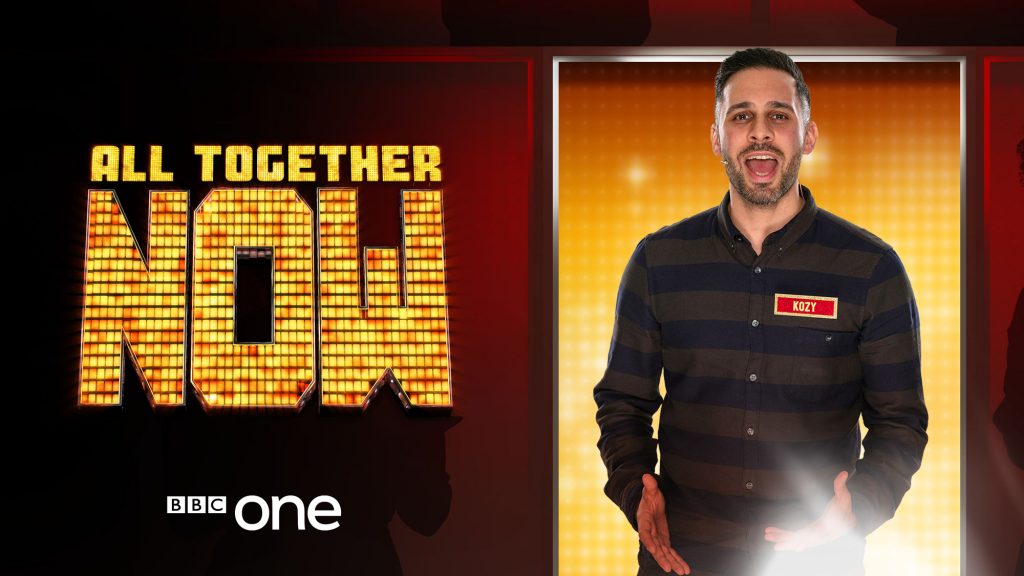 He’s been in the spotlight on Turkey’s The Voice (O Ses Türkiye) and as a London busker he brought Marble Arch tube station to a standstill following his lively set that went viral. Now singer-songwriter Ali Köse has turned judge as one of a hundred talented music professionals on BBC 1’s new Saturday night entertainment show All Together Now.

British-born Turkish Cypriot Köse, who goes by the stage name Kozy, was contacted via his website to take part in the series, which launched at the end of January. It stars former Spice Girl Geri Horner and comedian Rob Beckett, who is the show’s host.

The singing contest comes with a twist. For the first five episodes, a diverse range of talented performers took to the stage to be judged by The 100 – a unique panel of one hundred music experts and performers from across the UK, among them Kozy and head judge Geri Horner.

The more of The 100 that stood and sang with the artist, the higher their score. Yet winning over the judges has been no easy feat given their broad mix of ages, music backgrounds and tastes. Tonight, the competition reaches its climax as ten finalists will perform again, this time to win the £50,000 series prize.

Kozy’s publicist Chris Maguire told T-VINE: “The BBC programme makers were on the lookout for professionals working within the entertainment industry and Ali was a great fit to take part in the show.”

It marks an incredible few months for the singer from southeast London. Last week, Kozy was at The O2 Arena to sing in the choir for Justin Timberlake and Chris Stapleton’s Say Something. The stunning performance was one of the standout moments at this year’s Brit Awards.

Tune in to BBC 1 tonight at 7.15pm to catch Kozy on the final of All Together Now. You can also keep up with Kozy’s world online, including the chance to see him live and unplugged in intimate venues across Kent in over the next six weeks.