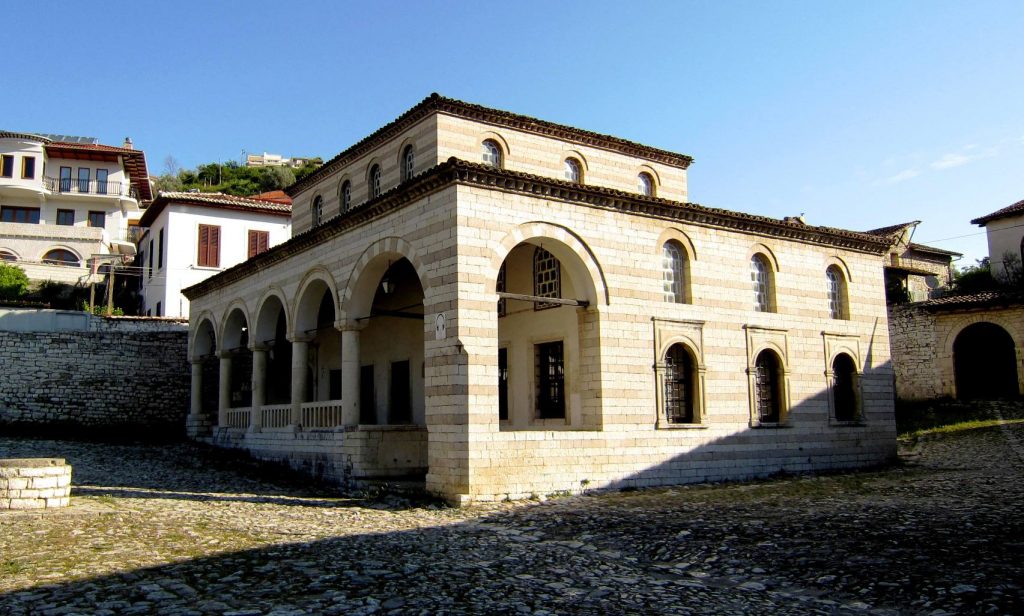 A Turkish organisation has started to renovate five Ottoman-era Islamic sites including four mosques and one Sufi or dervish lodge in Albania this month. The restoration works, which are expected to last two years, are part of the Turkish Cooperation and Coordination Agency’s efforts to preserve cultural and historical assets shared by both Turks and Albanians for future generations.

The sites undergoing refurbishment include the Halveti Tekkesi lodge and the mosques of Ethem Bey, Ergiri Pazar, Berat Hünkar and Berat Bekarlar.

Muslims make up over half of Albania’s population at 56.7% with Roman Catholic and Orthodox Christians constituting a further 16.8% collectively according to the CIA World Factbook’s most recent estimates from 2011. Religion was once banned by Albania’s previous communist dictatorship, which declared the country an atheist state in 1967 and closed all mosques and churches until late 1990.

“Muslims make up over half of Albania’s population”

Religion has since grown more visible in Albania with help from abroad. In 2014 Pope Francis visited the country, while Turkey’s Religious Affairs Directorate also announced plans to build the largest mosque in the Balkans in the Albanian capital of Tirana. The building shares the traditional Ottoman architectural style of many Turkish, Balkan and Middle Eastern mosques. The four minareted house of prayer will be able to hold up to 4,500 worshippers after completion.

Albanians played an integral and at times colourful part in Ottoman history. They were intricately involved in the Ottoman Empire even after Albania became an independent country as a result of the Balkan Wars of 1912-1913. Some could be found high up in the Ottoman military and government while others made a noticeable intellectual impact.

The notorious rebel and Ottoman Governor of Egypt Mehmet Ali Paşa is one of the most well-known Ottoman Albanians. The paşa reformed his personal army and led a rebellion against the sultan, invading Syria in 1831 giving the then Ottoman ruler Mahmud II no choice but to seek help from Europe. Mehmet Ali was ultimately defeated with assistance from Britain and Austria, but established his family as the hereditary rulers of Ottoman Egypt in 1841 and his dynasty remained in place until 1952 with the deposition of King Farouk.

Mehmet Ali’s grandson Sait Halim Paşa would also serve as the Ottoman Empire’s Foreign Minister in 1911 before becoming Grand Vizier or Prime Minister in 1913 until his 1916 resignation.

Another Albanian, the gifted linguist Şemsettin Sami (1850-1904), was one of the founders of modern research in the Ottoman Empire. He is known for producing academic works such as the Kamus-ı Türki (The Turkish Dictionary), which is still used today for studies of the classical Ottoman Turkish language. Sami was also a champion of Ottoman women’s rights, writing in favour of female education and job opportunities.

Main image above of the Halveti Tekkesi Sufi lodge © Martin Furtschegger, CC by 3.0 (creativecommons.org licenses by 3.0 via Wikimedia Commons)