Easter fun with ‘Karagöz & Hacivat’ at the Yunus Emre Institute 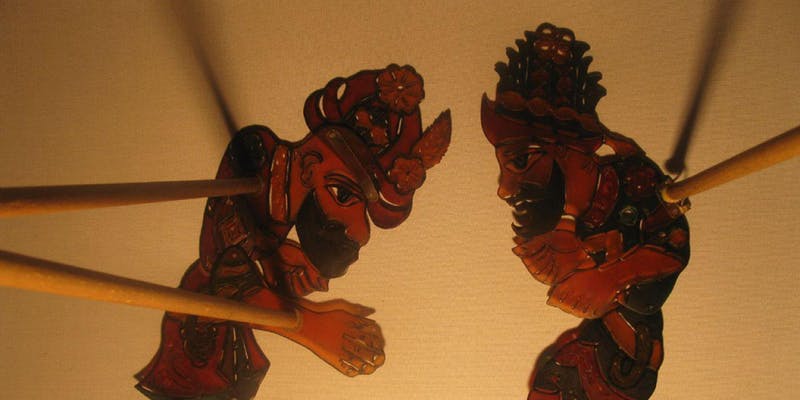 If you live in or near London, and are looking for something a little different to do with your children this Easter vacation, why not treat them to a performance of one of Turkey’s most famous shadow puppet plays?

Dating back to Ottoman times, the story of Karagöz and Hacivat remains a firm favourite for Turks of all ages, performed in all sorts of settings from schools to shopping malls, in coffeehouses and public squares.

The action focuses on two characters, who are the perfect foils of each other: Karagöz, who represents the illiterate but straightforward public, and Hacivat who is from the educated classes, speaking a poetic form of Ottoman Turkish to reflect his intelligence and higher status.

Set against a white backdrop, these two puppets seek to solve everyday problems, meeting a host of other characters along the way. The interaction between lovable rascal Karagöz and the intelligent, smooth-talking Hacivat is as hilarious as it is informative. The pair reflect the diverse and often competing natures we all possess.

The impulsive Karagöz often comes up with hare-brained schemes to get rich quick that inevitably end up in failure, however his natural wit wins over the public. Hacivat meanwhile, may be less popular as he constantly strives to display his superior education, but it is his level head that eventually helps calms matters down and resolve problems.

In 2009, Karagöz and Hacivat was added to UNESCO’s Representative List of Intangible Cultural Heritage of Humanity. In recent years, the Yunus Emre Institute has promoted the play as part of an educational project to share Turkish culture.

During the two-week Easter, Ada Burke, a British actress born in Turkey, will give two performances of Karagöz and Hacivat, one in Turkish the other English at the Yunus Emre Institute in London.

The play is suitable for children over the age of five, with accompanying adults admitted for free.

Admission: The performance is suitable for children aged 5 upwards. Tickets are priced £6 per child £6, and FREE for an accompanying adult. Please be aware that only one adult (a parent or guardian) will be allowed with a child. There are no refunds for this event