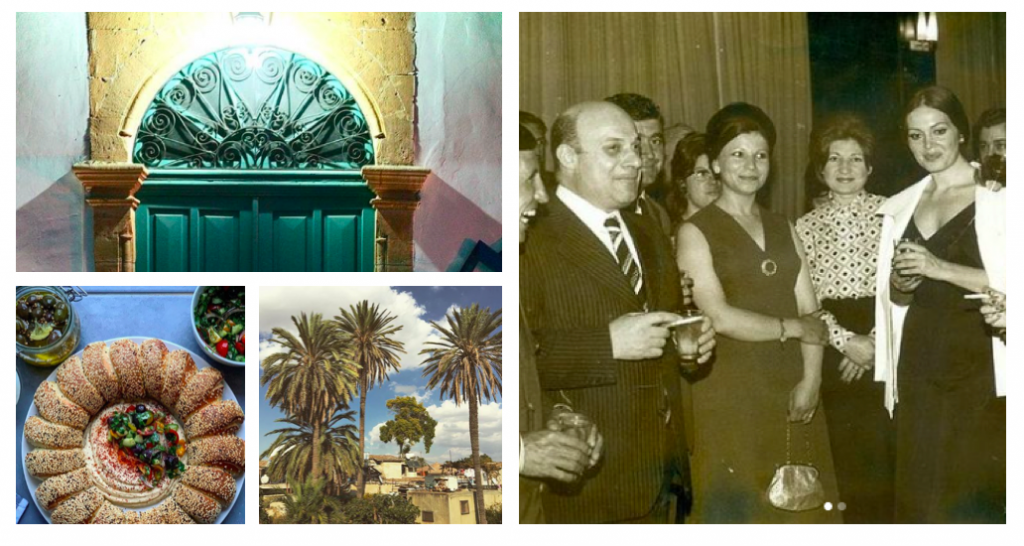 “Curated by TRNC Consulate General in İstanbul” reads the bio for KKTCIstanbul, the arts and cultural Instagram account of the Istanbul Consulate for the Turkish Republic of North Cyprus (TRNC).

Running since the summer of 2020, KKTCIstanbul’s 132 posts to date are a visual feast of Turkish Cypriot life, past and present.

A cursory glance down the page shows a mouth-watering plate of hellim (Cypriot cheese) with the obligatory karpuz (watermelon), çakızdes (green olives) and a slice of homemade bread.

The posts are peppered with heaps of nostalgia. Alongside these are photos of notable Turkish Cypriots such as fashion designer Raşit Bağzıbağlı and singer Ziynet Sali, and famous figures visiting Cyprus, including actresses Judi Dench and Türkân Şoray, and rockers Barış Manço and Cem Karaca.

Behind this super-cool diplomatic presence – possibly the coolest diplomatic Instagram account in the world? – is Seniha Birand Çınar, the TRNC Consul General in Istanbul.

T-VINE caught up with the senior Turkish Cypriot diplomat to ask her about how this fabulous Instagram account came to be.

SBÇ:We started the Instagram account in June 2020. We had been thinking about launching an account for our General Consulate for a while. We wanted to do something different, to present the TRNC from a cultural point of view, but not in the accustomed way.

Initially, we just wanted Istanbullus to get to know Turkish Cypriots better. We wanted to do something which accentuated the cultural element, yet detach it from the folkloric. Something more trendy, fresher, yet warm and emotionally moving at the same time.

It’s fair to say we wanted to depart from the way people perceive consulate accounts, which tend to be formal with consular updates and news posts.

“We wanted take people on a journey, to feel our history, so they smell the scent of jasmines in the summer and tangerines in the spring”

The pandemic sort of helped us clarify what we wanted to do, actually. We also saw this as a platform to realise projects that we planned to do, but had to be cancelled for obvious reasons.

Our overarching philosophy is our willingness to show a different side of North Cyprus and Turkish Cypriot people than what’s already known. What the TRNC and Turkish Cypriots are about. An appreciation of the TRNC that goes beyond just a summer vacation destination.

We wanted take people on a journey, to feel our history, so they smell the scent of jasmines in the summer and tangerines in the spring.

We wanted to share about famous international writers who lived in Cyprus, from Arthur Rimbaud, and Namık Kemal, to Lawrence Durrell, to demonstrate that although we live in an island, we are not that detached from the rest of the world.

You have different theme days, talk us through a typical KKTC Istanbul Instagram week

SBÇ: Usually we try to stick to the following weekly plan: Mondays is a theme photo from Cyprus.

Wednesday is usually reserved for takeovers, though according to people’s availability this can change occasionally.

Thursdays is throwback Thursday, so we try to post retro photos from different time periods in Turkish Cypriot history. This could be photos of places as they used to be, or of famous people in or connected to the TRNC. Friday is Turkish Cypriot cuisine day.

Weekends, we usually dedicate to stories rather than posts.

Where do you source all these amazing photos?

The photos of Cem Karaca and Barış Manço are from the Denktaş Vakfı [Denktaş Foundation]. Our photo archives are curated by art historian Esra Plümer as part of our currently parked exhibition project in Istanbul. Hopefully, we will do once the pandemics conditions ease.

We also work with various private collectors especially for the Throwback Thursday posts.

For contemporary photos, some of our regular contributors are fellow diplomat Esra Emin, as well as Polat Uyal, and Curltwirlynomad too.

We do lookout for occasional picks from other accounts, but we prefer to remain authentic.

It’s really hard work finding good photos with a story. We take great pleasure in looking for the right ones and connecting with key people. We are trying to get all [Turkish Cypriot] photo aficionados on our side that we believe fit with our style.

The TRNC Istanbul Consulate seems to be well connected with famous Turkish Cypriots?

SBÇ: Yes. As you know, there are a lot of famous Turkish Cypriots in Istanbul, and their support is extremely valuable to us. It’s definitely helped extend our [Instagram] reach to many more people.

Here they are the ones I can think of – apologies for those I’ve not listed:

SBÇ: In the order of their takeover dates, we have…

– Hazar Ergüçlü, who is a renowned actress. She was awarded a Golden Orange for Best Female Actress for her role in Kar [2017]. She’s also starred in BBC series the Mallorca Files, and she’s currently one of the lead roles in popular Turkish drama series called Alev Alev.

– Refika Birgül is a very well-known chef based in Turkey. She has YouTube channels in Turkish, Refika’nın Mutfağı, and in English entitled Refika’s Kitchen, which between them have over 2.2 million subscribers.

– Raşit Bağzıbağlı is a high-end fashion designer specialising in bridal and evening wear, and television personality. A host of Turkish and international celebrities are regularly snapped wearing his couture dresses.

– Görkem Sofu is a filmmaker, who carved his name in advertising. He has his own creative agency. In his spare time, he also does stand-up comedy.

– Meliz Berg, who is a top Turkish Cypriot cook and food vlogger from London creating the most amazing looking Turkish Cypriot dishes. Her MelizCooks Instagram has about 90,000 followers. She has actually yet to do her takeover. It’s scheduled for Friday 19 March.

Which of the takeovers or posts were the most memorable?

SBÇ: I think all our takeovers have been memorable because perhaps it’s the absence of obligation. It is amazing the way each prominent person we approach owns our account and how emotionally invested they become. It’s frank and deeply moving at the same time. The person who takes over passes this powerful energy to their followers.

I can say one of our most memorable posts is the photo of Türkan Şoray and Ediz Hun. Sevilay Direkoğlu, a journalist with state broadcaster BRT, interviewed Türkan Şoray and Ediz Hun in 1974 at Saray Hotel in Lefkoşa. For a long time, until the 1990s, this was a very inhotel in Northern Cyprus. It’s funny how much you can learn from just one photo; it’s like a door that opens to a lesser known or forgotten world.