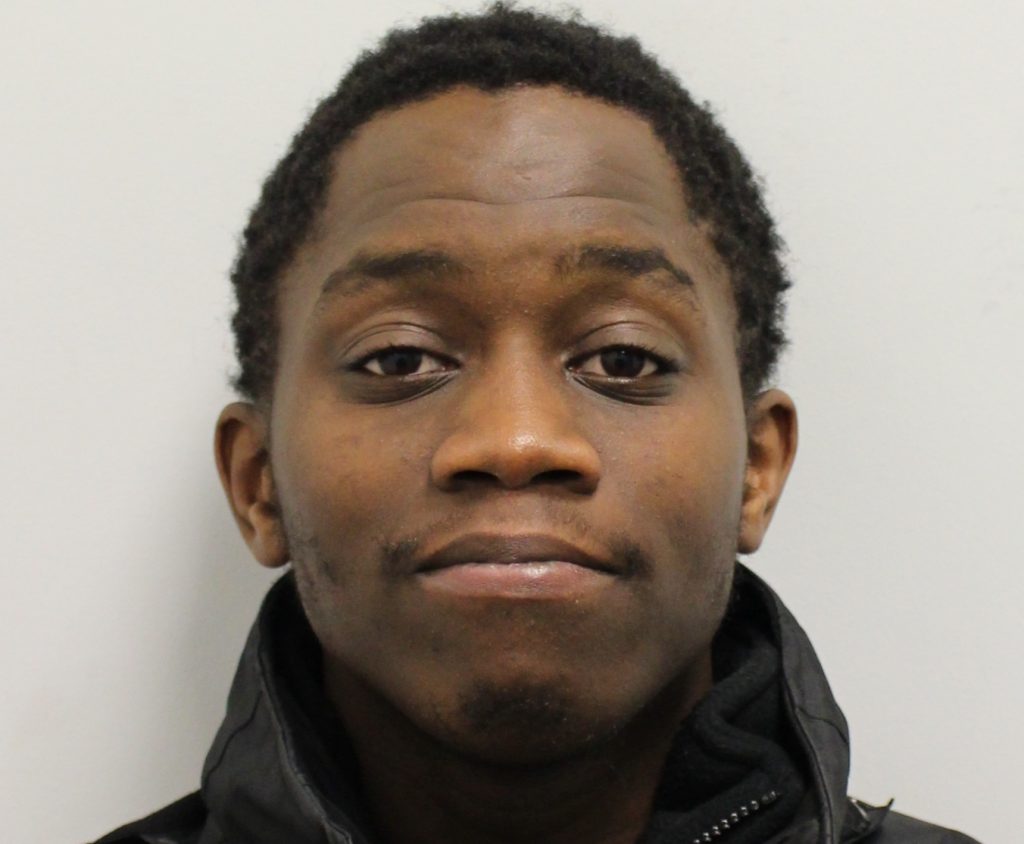 A young man has been jailed for life following the fatal stabbing 18 months ago of Kaan Aslan in Clapton, East London.

Bruno Pateco-Te (pictured top), aged 24, of Chelmer Road, Homerton, was found guilty of the murder of Kaan Aslan and one count of violent disorder at the Old Bailey on Wednesday, 3 April. He was sentenced at the same court the following day to life imprisonment and must serve a minimum of 27 years before he can be considered for parole.

Detective Chief Inspector (DCI) Laurence Smith, said: “The initial investigation into this murder proved to be complicated, as we could find no reason for Kaan to have been targeted in such a brutal and unprovoked assault.

“We established that Pateco-Te was seeking retribution for a previous assault on a family member. He travelled to the scene in a white van with others looking for someone to attack. He picked out Kaan – who was not associated with any gangs, and who was not involved in the assault – before stabbing him in the street.”

After hearing evidence at the two-week trial, Her Honour (HH) Judge Poulet accepted the fatal stabbing of Kaan Aslan, aged 20, was the “direct result” of an attack on Pateco-Te’s younger brother Joao, whose car had been rammed on Rectory Road in Clapton, and the “bitter but senseless hatred” that exists between rival gangs in Hackney.

During sentencing HH Judge Poulet told Pateco-Te: “The way you chose to respond [to the attack on your brother] has led to the death of an innocent young man, agony for his family and ruined your life and I’m sure that of your mother and members of your family.

“This was a terrible crime made even worse by the significant degree of planning that went into it, and the force of numbers and armoury. The detective work was painstaking and very time consuming.”

Following the verdict, DCI Smith said: “Our thoughts remain with Kaan’s family who have been devastated by his murder and were left with many unanswered questions about that night.”

Originally from Turkey, the victim’s family had moved to the UK in 2005 when Kaan was aged eight in the hope of giving him and his younger brother a better “future and education”.

Kaan’s mother to the court: “I have no interest in anything in life any more, I buried my hopes and dreams with my son”

In a statement read out in court, Kaan’s mother said: “It’s difficult to imagine a mother and father looking for a place to bury their son. We buried him with a quilt, so he doesn’t feel the cold. I have no interest in anything in life any more, I buried my hopes and dreams with my son.

“Although he’s not here with us we will never forget him. I walk past where he was murdered every day to take my 12-year-old son to school and it’s difficult to think about it every day constantly.”

Police were called by the London Ambulance Service to reports of a stabbing on the Nightingale Estate, Lower Clapton, at around midnight on 13 into 14 November 2017.

Kaan had been making his way home after completing his shift as a delivery driver for Deliveroo when he was set upon by at least five thugs less than 100 yards from his front door. He was chased down the road by the gang, who were armed with knives and swords, and was fatally stabbed on Monteagle Way simply for being “in the wrong place at the wrong time”.

An investigation was launched by detectives from the Met’s Homicide and Major Crime Command.

Thirteen people were arrested on suspicion of offences including murder and violent disorder during this investigation.

Pateco-Te was charged on 26 September 2018. The other 12 were released under investigation and subsequently released with no further action.

Detectives continue to seek any information which could assist in identifying the others involved. Anyone who witnessed the attack or has information should contact the incident room on 020 8345 3985, or make contact via Twitter @MetCC. Alternatively, call Crimestoppers anonymously on 0800 555 111.