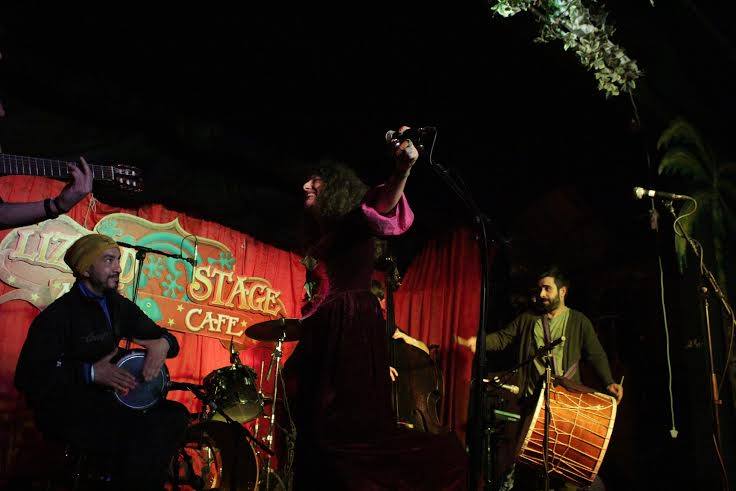 Next weekend, Day-Mer Youth is staging an eclectic evening of musical entertainment to inspire the youth of today to achieve more with their lives. On the bill for The Garden Youth Fest on Saturday evening, 16 June are Dila and The Odd Beats, Anthony Anaxagorou, Fulya and Jess, and Anil Duman and Şahin Erdoğan.

Headline act Dila and The Odd Beats (pictured above) are a multi-national band whose music can be best described as ‘hip shimmying gypsy folk and psychedelia from faraway lands’. Their line up consists of the powerful vocals of Dila Varda and the intricate guitar playing style of Fatih Ebrem on acoustic guitar, but it doesn’t end there as they also have Saul Mavromatakis on bass guitar, Gurdal Quto Yuce on davul (bass drum) and Tansay Omar on darbuka and drums to treat the audience to a fabulous mix musical genres.

Anthony Anaxagorou is an award-winning poet and short story writer. His poetry has appeared on both national television and radio, as well as being published in various literary magazines and anthologies. In addition to his extensive achievements to date, Anthony has also published several volumes of poems and essays, a spoken word EP and a collection of short stories whilst having also written for theatre.

Day-Mer Youth’s primary goal is to create a better future for youth by demonstrating that they have a place in society and that they can be the masters of their own fate. Their mini indoor festival comes at a time when there has been a record number of young people killed in London through knife crime, including those whose roots hail from Turkey. The perpetrators are often other young people involved in gangs. Day-Mer Youth wants to raise awareness and counter the influence of gangs and knife crime among their own members from the Turkish and Kurdish communities.

Admission: Tickets are £10 and can be purchased through members Day-Mer Youth or at one of its centres. 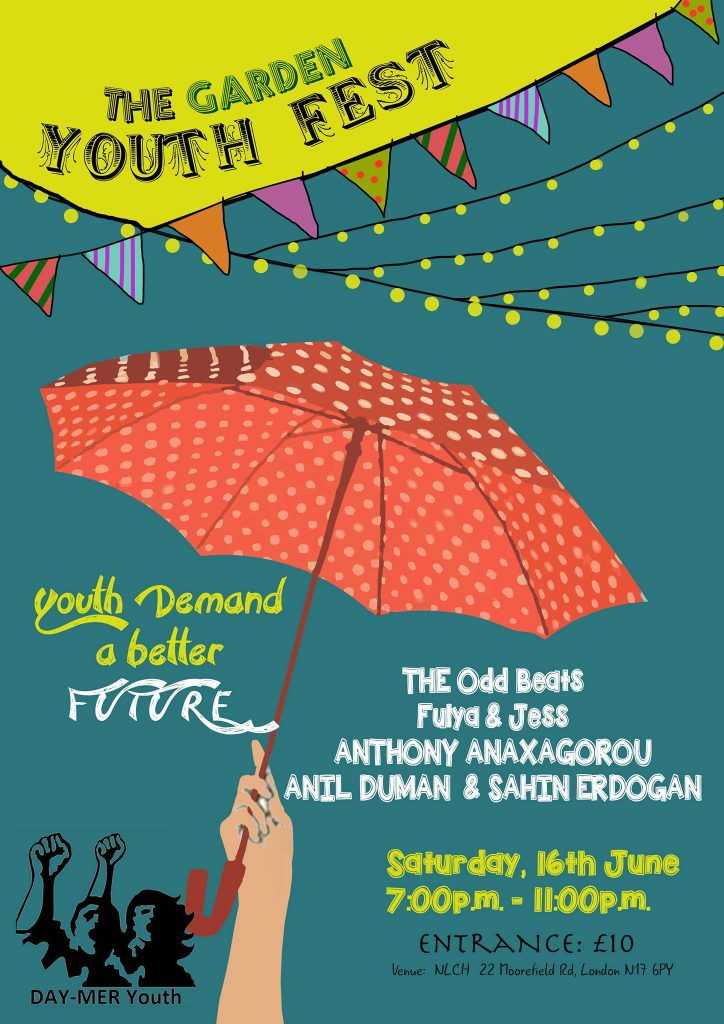