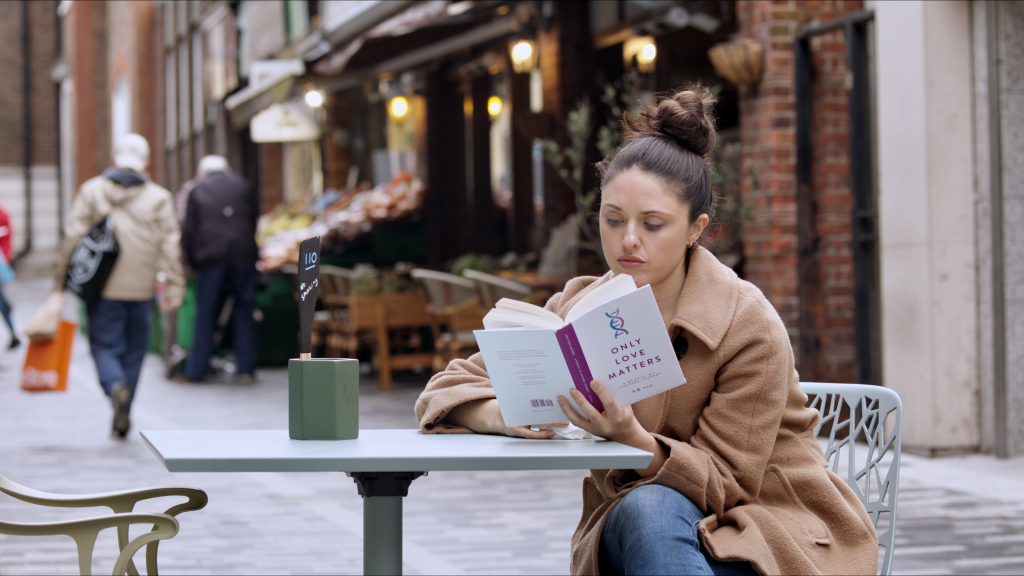 Today, 26 October, is World Intersex Awareness Day, and an important opportunity to help address the constant misrepresentation of Intersex people, who are also often critically neglected in global cinema.

According to the United Nations, intersex people are born with sex characteristics that do not fit typical definitions for male or female bodies.

One of the UK’s leading experts on film, gender and representation is British Turkish academic, Professor Eylem Atakav University of East Anglia. Together with Professor Richard Hand, she led research into the representation of intersex people.

The research was carried out by Dr Kamran Qureshi, who went on to direct Only Love Matters, a romantic feature film with lead intersex characters – a first in British cinema history.

The findings from Intersex People and Cinema study found that English language cinema had produced a total of 7 films featuring intersex themes and people. The majority were American films, and one, Predestination (2014), was an Australian production.

Predestination depicted intersex symbolically, as zombies or paranormal creatures having multiple bodies at the same time and impregnating and giving birth to themselves. Since then, there has been no intersex films released in English.

Remarking on the ground-breaking film, Only Love Matters, Professor Eylem Atakav said: “What’s really interesting and original about Kamran’s work here is that it’s a fiction film, not a documentary, not a docudrama, and this isn’t something that has been done often.

“Kamran’s previous work has already dealt with the issue around intersex is going to be super helpful in determining how the story will unveil.”

The screenplay for Only Love Matters was written by Iannis Aliferis, and produced by Dr Iram Qureshi, who is a senior lecturer in Ravensbourne University London and founder of KQ Movies. Its cast introduces many new faces, including Sara Faraj, Josh Simpson, Emma von Shreiber and Matthew Wright-Kenny.

The film features conventional characters as intersex, instead of fantasy, where they are portrayed as freaks, supernatural creatures, and criminals, that has typified other English language films released in past few decades.

Only Love Matters depicts the story of sacrifices of an intersex mother for her adopted daughter and the struggle for the rights of people like her. Her story is one of struggle, perseverance, and triumph, as she rises from the impasse of poor village life and cruel tradition to the highest degree of success, passing through rigorous and sometimes flimsy events of her own life.

While discussing the excessively highlighted issue of infantile sex reassignment surgeries, the film flags the discrimination and impact of society’s behaviour that leads to the mental health issues created for intersex people and their children.

“Only Love Matters brings to the audience an idea of what intersex characters mean in film and for film. But it does that so elegantly and originally and thought-provokingly by offering a story of love and romance and drama,” explained Professor Eylem Atakav.

This romcom not only entertains, but also sheds light on the social, psychological and medical issues of intersex individuals in the British society.

The film clips and research was presented and discussed at the University of Westminster, UK, Nagoya University, Japan, the University of Reading, UK, and INIA (Intersex New Interdisciplinary Approaches) Network supported by the European Commission. 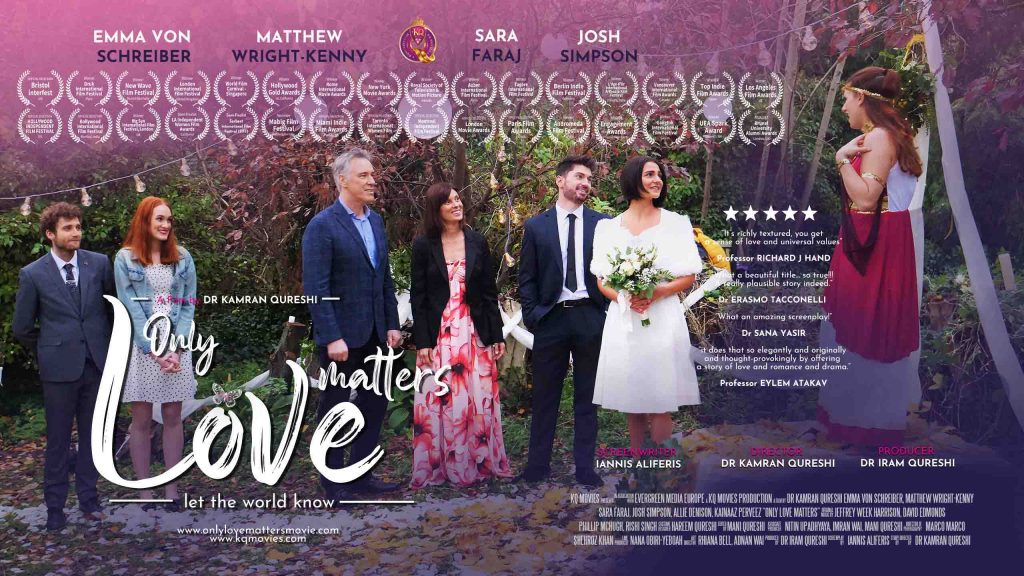 “You get a sense of love and universal values of that. At the same time, it explores people with a difference. People we may not see normally, people we may not engage with but it draws us into their world and makes us realise we’re all human after all,” he continued.

The film’s principle photography took place in the UK with a small portion in the colourful area of Great Indian Desert.

The recording was done in over 40 locations including Frith Manor Equestrian Centre, London, West London Film Studios, Etcetera Theatre, London, and the University of East Anglia, Norwich. It also features the oldest pub in England, The Royal Standard of England, Beaconsfield, where The Theory of Everything was filmed.

To display 1970s era, the foreign part was filmed in many Thar desert villages along the Indian-Pakistani border, including a fourteenth-century Jain Gori Temple, a graveyard, a rural school under a tree, a Hindu family house with multiple huts in a yard and sand dunes, and a Holi festival arranged near an oasis.

Over 300 collaborators from across the globe participated in the making of Only Love Matters, including but not limited to the UK, US, Greece, France, Germany, Iceland, India, Pakistan, and China, including actors, crew, screenwriter, lyricists, music composers, singers, and facilitators.

An original Indian cultural song ‘Piya’, was composed by the Indian composer Rishi Singh and sung by the Indian vocalist Manjeera Ganguly.

The English title song, ‘Only Love Matters’, a slow ballad, was composed by Phillip McHugh and sung by Ashley Sollars and Josephine McHugh; it has story-related lyrics, which represent the feeling of love.

The producers of the film said, “After a long time, a film will break the ice and become a voice of people who are fighting for their human rights.”

Only Love Matters’ is currently screening at film festivals around the world, and winning plenty of awards in the process. It is scheduled for released in cinemas and online platforms in 2023.