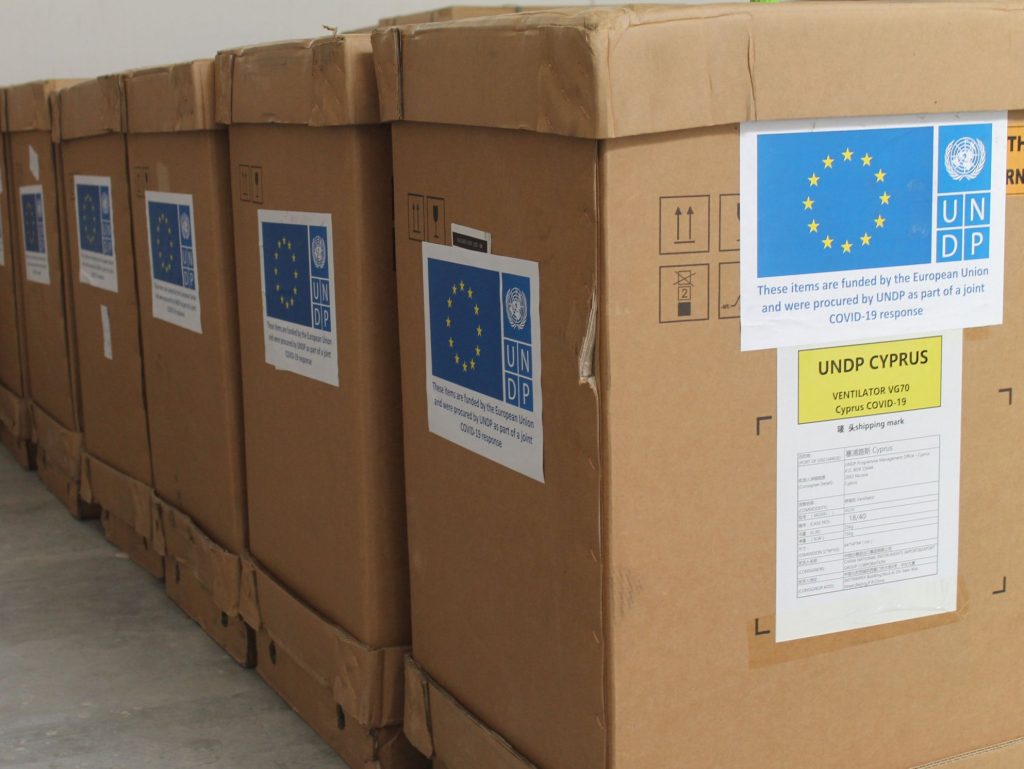 Turkish Cypriots have received with vital medical equipment from the European Union  to help them fight against COVID-19.

This batch of equipment is in addition to the 30 ventilators previously delivered to Turkish Cypriots, along with other crucial medical supplies. These included personal protection equipment (PPE), ventilators, Intensive Care Unit equipment, laboratory consumables and kits for Polymerase Chain Reaction (PCR) and medication such as antibiotics, antivirals, sedatives and paralytics.

Fikri Toros, an MP for the main opposition Turkish Republican Party (CTP) who is part of a trio of cross-party MPs responsible for relations between the EU and the Turkish Republic of North Cyprus, confirmed that the European Commission had earmarked a budget of €5 million, with the first tranche of medical supplies from this allocated budget to arrive in Cyprus in two shipments in April.

His comments were confirmed in a statement from the EU Commission on 3 April, that the aid “comes in addition to the continued technical assistance [from the EU] to strengthen [Turkish Cypriot] COVID-19 crisis management, coordination and response mechanism.”

In its same April statement, the EU Commission also said, “To improve the response capacity against the spread of COVID-19 in the Turkish Cypriot community, the European Commission, in collaboration with the relevant local stakeholders, is also financing the mobilisation of medical staff including 25 doctors, laboratory technicians and support staff. These staff can be mobilised with immediate effect as needed.”