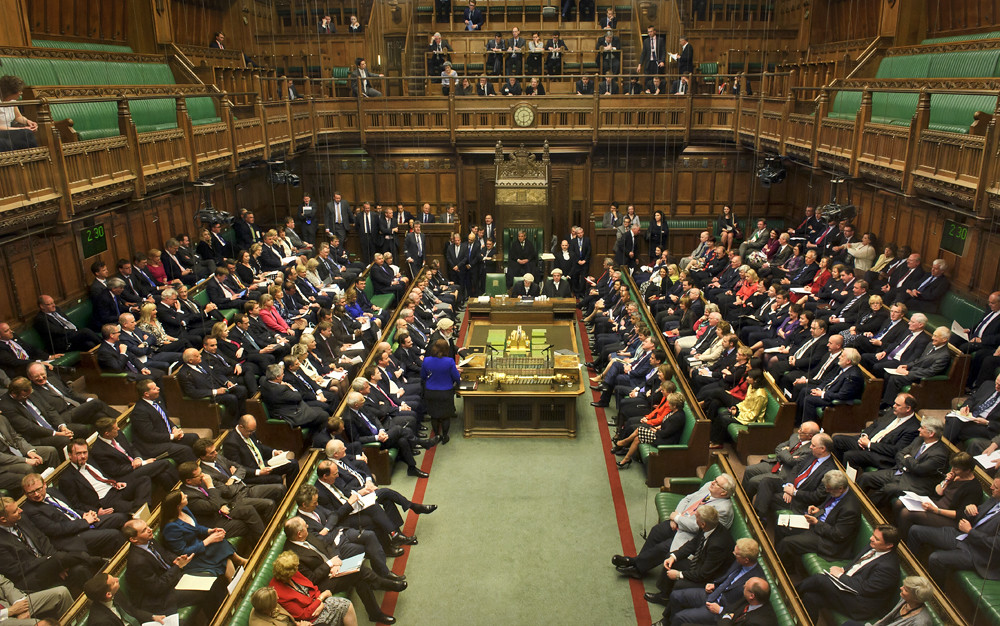 A group of British MPs, who can broadly be described as “the usual suspects”, have all recently fallen over themselves to repeat, parrot fashion, every piece of Greek Cypriot propaganda ever invented since 1974, when the Turkish Army legally intervened in Cyprus under the terms of the Treaty of Guarantee. Balance dictates the necessity to set the record straight.

Had not Turkey intervened, the Turkish Cypriot community (forced into besieged enclaves since 1963 by Greek Cypriot pressure) were in grave danger from the Greek Cypriot EOKA B terror organisation who, having overthrown the legitimate President and government of the once bi-communal “Republic of Cyprus” in a Greek-led military coup, engaged in an attempt to ethnically cleanse the island of Turks and unite it with Greece (ENOSIS).

What would these Greek Cypriot supporting British MPs be lamenting now if the Turkish Army had never arrived? The extermination of the Turkish Cypriot community? Why do these MPs never mention such pre-Turkish intervention truths?

So Turkey did not “invade” Cyprus, they intervened. They did not occupy it either. They gave the Turkish Cypriots back some secure, safe land of their own, on their own island, something they were effectively being denied by EOKA B and the Greek military junta.

Nicos Sampson (pictured below), the ‘Butcher of Omorphita’ who led Greek coup forces on 15 July 1974, told Greek newspaper Eleftherotipia in an interview published on 26 Feb. 1981: “Had Turkey not intervened I would not only have proclaimed ENOSIS, I would have annihilated the Turks in Cyprus”

The foreign intervention in Cyprus was not Turkey’s, it had already happened before they arrived, when the illegal Greek Colonel’s sponsored coup took place.

The MPs also say the rights and responsibilities of the guarantor powers (the UK, Greece and Turkey) should be taken away.

Where does the guarantee of continuing Cypriot peace exist in a return to such pre-1974 circumstances? It simply doesn’t.

Can I remind our British parliamentary friends that between 1960 (Cypriot independence from the UK) and 1974, inter-communal strife and effective civil war were the norm in Cyprus for all but three of those years. What sane person, with the interests of Cyprus at heart, would want to go back to those nightmare days?

The MPs also want the two Cypriot communities “to come together”. Fine, Just one little problem. The only real chance of the reunification of Cyprus came during the Annan Plan referendum (2004).

The Greek Cypriots were rewarded with continued international recognition as the “Republic of Cyprus” (which as a power sharing Republic had, in reality, ceased to exist since 1963) and were even granted membership of the EU, which reinforced the already imbalanced way that the two Cypriot communities are treated.

This made the status quo very attractive to the Greek Cypriot leaders and guaranteed nothing except the unjustified and continued international isolation of the Turkish Cypriots, whilst the Greek Cypriots enjoy every international advantage. No wonder the last UN-sponsored talks collapsed in Crans Montana, Switzerland. What rational person can be surprised?

As for oil and gas exploration around Cyprus, the international community accepts the resource (and its profits) belongs to both Cypriot communities. So why do these MPs see the purely Greek Cypriot “Republic of Cyprus” as the only legal entity entitled to search for it?

The majority of innocent people in Cyprus, on BOTH sides of the decades-old struggle, suffered violence, despair and displacement, for too long, almost continually from 1963 to 1974 (though you would not know it, listening to these MPs).

Both communities are better off separate. Since they have been, the island has been at peace. Let both communities be good neighbours and equals, that’s all that’s required. At long last, let the international community TREAT them both equally, because doing otherwise has got us absolutely nowhere. That in itself should be blatantly obvious, even to the most blinkered.

That at least is a message I hope these British MPs, some of whom are respected former colleagues, can at least join me in. It is time for the predominance of the extremely selective Greek Cypriot version of Cypriot history to end. That history did not start in 1974.

There will be no real fair future for either community until a balanced truth about the past is accepted by all.

This op-ed is by Stephen Day (pictured below, left with David Cameron), a former Conservative MP for Cheadle, Cheshire (1987-2001).