From a witch hunt against Sezen Aksu to ‘satanism’ on The Masked Singer, what is going on in Turkey? 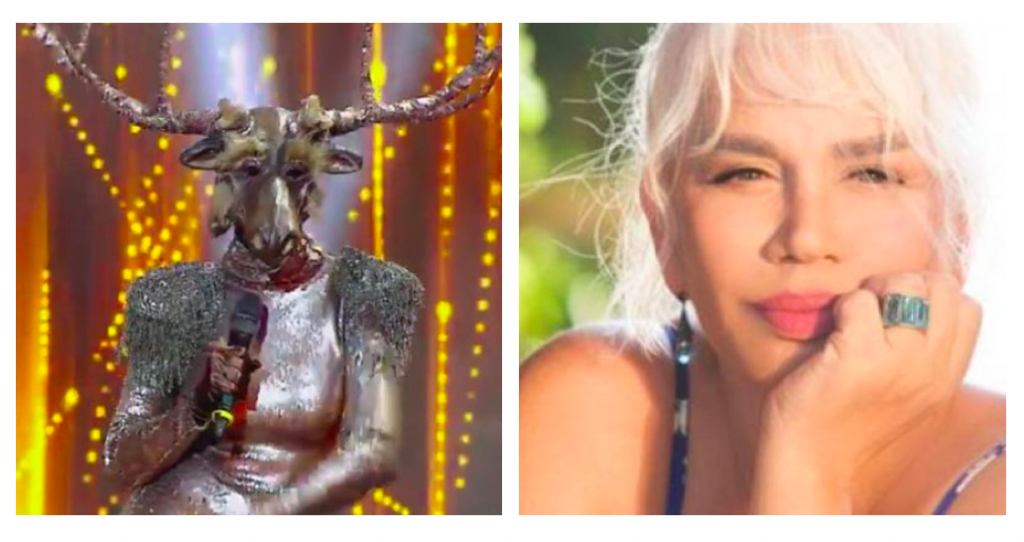 With Turkey’s annual inflation rate soaring to its highest level since 2002, drastically affecting the purchasing power of millions of ordinary Turks, you’d expect the media spotlight to be firmly on the economy. Instead, the headlines have been occupied by a myriad of other news stories this past month.

Commentators and opposition parties say these are attempts by the Turkish government to distract people’s attention. Veteran journalist Murat Yetkin goes further, claiming that these alternative news stories are also very dangerous for Turkish society, as they are underpinned by misogyny, the suppression of freedom of expression, and could even threaten life of those being targeted.

A fortnight ago, Turkey’s pop diva Sezen Aksu, who is known as Minik Serçe (Little Sparrow) suddenly found herself being targeted by people and pro-government media, such as Yeni Şafak, over lyrics from a song she released back in 2017 and that she had recently re-shared on social media.

The hate campaign against Sezen Aksu quickly escalated. One action saw the far-right Milli Beka Hareketi (National Survival Movement), which is close to the AKP Government, demonstrate in front of the singer’s house in Istanbul.

Complaints about Aksu’s lyrics “Selam söyleyin o cahil Havva ile Adem’e” [Say hello to the ignorant Eve and Adam] were also lodged with the Turkish authorities. Among those complaining was lawyer Mikail Yılmaz, who claimed the singer had insulted the religious values of Turkish society by defaming Adam and Eve in her song.

Significantly, President Recep Tayyip Erdoğan also waded in, stating during a sermon after Friday prayers, that the public had a “duty to break those tongues who defame Adam and Eve”.

Taking their cue from the President’s words, the 15 Temmuz Şehitler ve Gaziler Platformu (15 July Martyrs and Veterans Platform), made a similar threat of violence when making an official complaint about Aksu’s song:

“We wouldn’t let them talk about our martyrs. If they talk about them, we will cut those tongues. We will fire [a bullet] in their brains, heads”.

The ugly developments prompted many people, from journalists to artists and politicians, to publicly stand with Aksu, while denouncing those who attacked her.

The prolific singer-songwriter also responded to Erdoğan’s threats by writing a new song Avcı [Hunter], which includes the words “You can’t cut off my tongue”.

The song was posted onto Aksu’s official Instagram website, along with a message from the singer, and media reports state within 24 hours had been translated into 70 languages worldwide.

Classical pianist Fazıl Say, who has previously been the target of an AKP witch hunt for his fiercely secular beliefs, has said he will compose the music to Aksu’s lyrics.

This past week, the attention suddenly shifted to journalist Sedef Kabaş, a well-known critic of the AKP Government.

RTÜK (Turkey’s telecommunications watchdog) fined the TV channel for “inciting hatred” simple for broadcasting Kabaş’s words. Ministers and aides close to the President all took to social media to condemn the journalist for her words.

On the flipside, there was also fierce defence of Kabaş and her comments on the grounds of freedom of speech, including from opposition leaders Kemal Kılıçdaroğlu and Meral Akşener, Turkey’s Lawyers Union, and human rights groups.

Despite an international outcry from the European Parliament, the US State Department, the International Press Institute demanding her release, Kabaş remains in prison. The journalist is unrepentant about her words and a campaign has started to have her freed.

Fox TV, a popular Turkish television channel which has a more critical approach to Turkish government news, found itself at the centre of another hate campaign a few weeks ago for airing the Turkish version of The Masked Singer.

The show, where contestants in a singing contest hide their identities by wearing masks, is broadcast in over 65 countries including Azerbaijan, Indonesia and the UK.

Targeted by pro-government media outlets like A Haber and social media trolls with the hashtag #FoxtvhaddiniBil (know your place, Fox TV), the show was accused of promoting paganism, Illuminati and satanism because of the masks and costumes featured on the programme.

RTÜK, where the majority of board members reflect the views of the AKP government, announced it had launched an investigation into Fox TV’s broadcast. 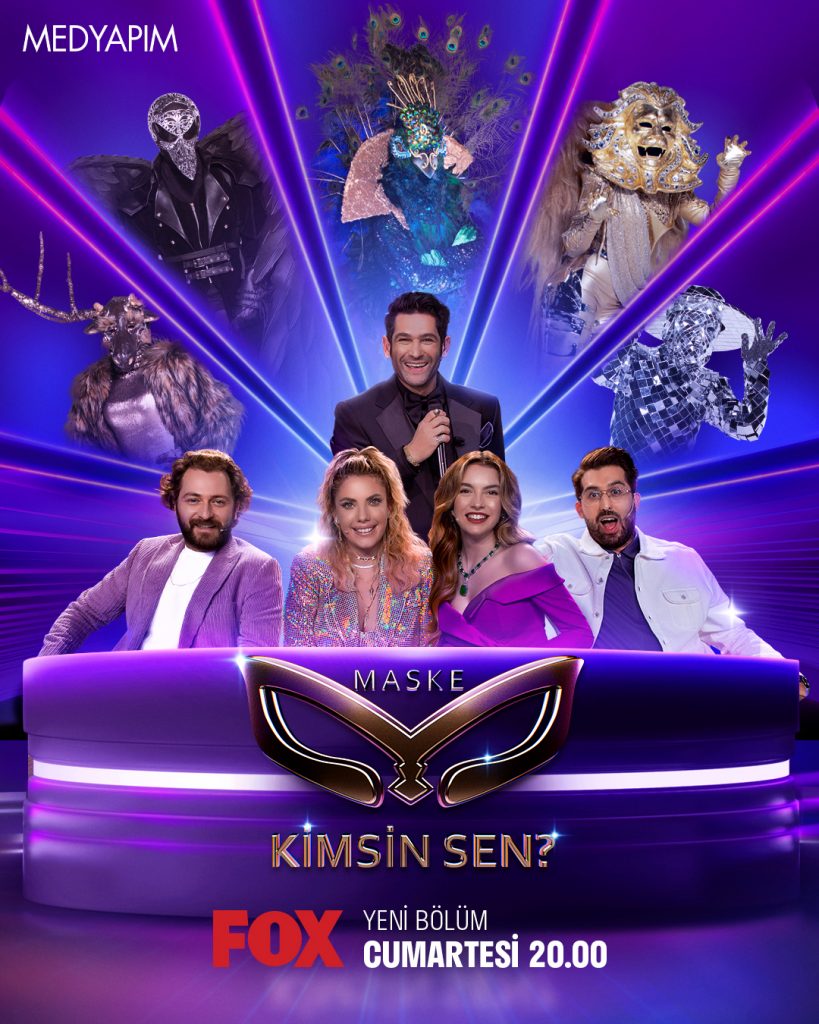 Strikingly, the Turkish TV watchdog didn’t take any action against A Haber despite the channel broadcasting anti-Semitic commentary. Discussing The Masked Singer, an A-Haber presenter said:  “We saw these symbols in a 1972 ball organised by the Rothschild family, who is of Jewish origin”.

Recently pop singer Gülşen was targeted for wearing raunchy stage costumes. Several conservative celebrities and media commentators competed with each other to bash her for being ‘immodest’. This nasty campaign was again fuelled on social media and by ultra-conservative religious media outlets.

Last but not least, a controversial, pro-government newspaper, Yeni Akit, blurred out the legs of a mini skirt-wearing female worker in a photo of a group of employees standing by a new TOGG (Turkey’s Automobile Joint Venture Group) electric car.

The censored image by the Islamic fundamentalist publisher drew shock and derision in Turkey. One person tweeted, “At least they didn’t blur out women entirely,”, while another wrote, ”So it’s OK when no thigh. How ridiculous”.

TOGG images, with woman’s legs blurred by Yeni Akit and the original photo 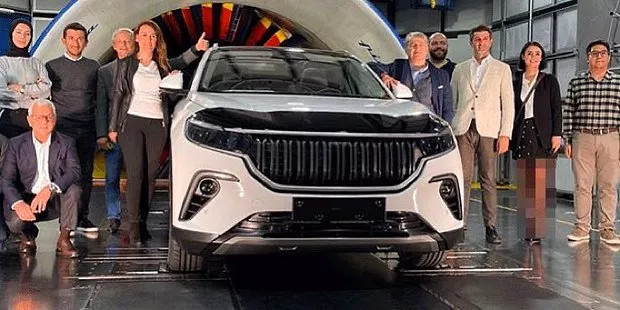 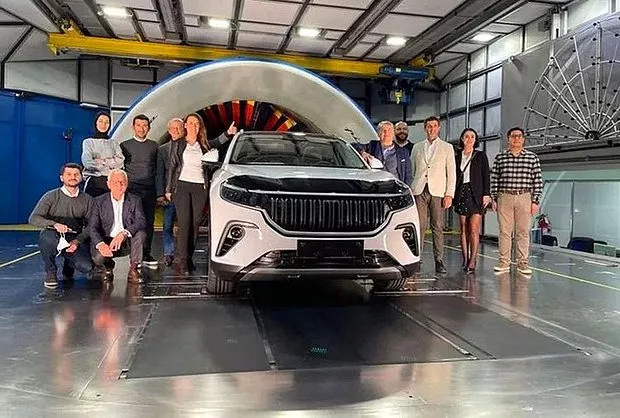 These back-to-back high profile incidents in January again raise serious questions about the misogynistic attitudes that prevail in large pockets of Turkish society, with women essentially being told how they must dress, behave and speak.

There is concern too at the lengths the AKP Government and its allies will go to deflect from major issues impacting the country. These tactics are not peculiar to Turkey – in the UK we see similar deployed by the embattled Prime Minister Boris Johnson, who has sought to use tensions between Russia and Ukraine as a way of deflecting attention from the lockdown party scandal at 10 Downing Street.

However, in Turkey the effort goes beyond seeking to change the news agenda. There is a deliberate effort to silence those who are critical of the Turkish president and his policies.

The issue of freedom of expression in Turkey pre-dates the 20 year rule of AKP – many Turks have previously been jailed or forced to flee the country if perceived to be a threat to the government of the day.

However, the current tendency of high profile people to use their platforms to encourage angry and possibly violent responses to those whom they disagree is far more worrying. These are not only further polarising people and undermining efforts to create a more tolerant society, but also creating significant risks for those targeted to come to serious harm.