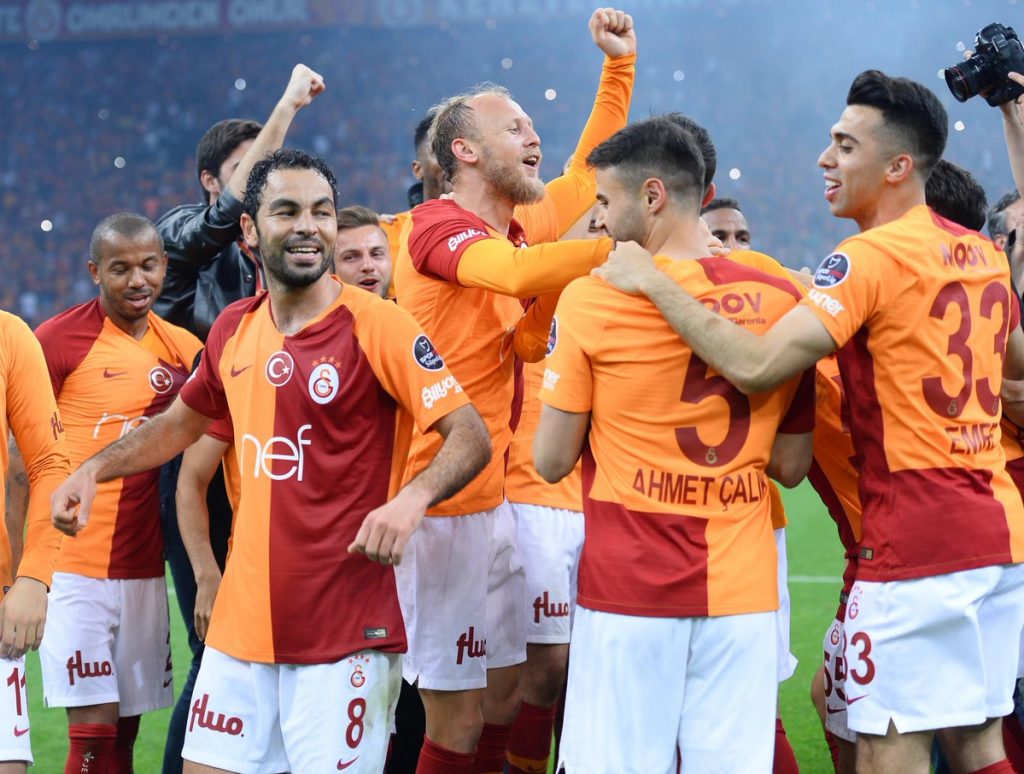 The winner of this year’s Turkish Süper Lig was confirmed after a top of the table clash earlier today. Galatasaray beat Istanbul rival Medipol Başakşehir 2-1 at home in a pulsating game to clinch the title on the penultimate weekend of the season.

Both sides went into the match level on 66 points, with Galatasaray in pole position due to a far superior goal difference.

Başakşehir took the lead courtesy of a goal by Bosnian centre-forward Riad Bajic in the 17th minute and the team maintained their advantage through to half-time.

Galatasaray pressed far more in the second half and were rewarded with two goals. The home team equalised a minute after the restart through Algerian midfielder Sofiane, with Henry Onyekuru scoring the winner in the 64th minute.

Currently on loan from Everton, Onyekuru sent the home fans delirious as he arrived at the back post to head home from Younes Belhanda’s deflected cross and secure another title for the Istanbul giants.

It was Onyekuru’s 16th goal of an impressive season in Turkey. The striker, who signed for Everton in 2017, has yet to play in England due to work visa issues and it’s understood Galatasaray have already offered more money to the club to keep the 21-year-old Nigerian international in Istanbul.

Galatasaray’s title success was Fatih Terim’s eighth as a manager and guarantees the team locally known as Cimbom a place in the Champions League. However, he had to watch the final 11 minutes of the game from the stands with 50,000 other fans, after being involved in a touchline altercation with Başakşehir assistant coach Orhan Ak. As a result, both men were ordered up to the stands by referee Cüneyt Çakır. 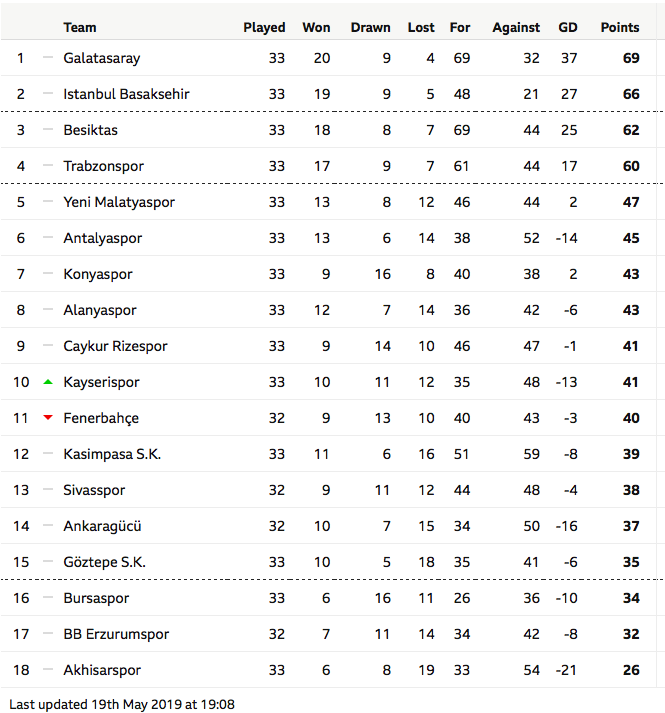