Get Away to Lefkoşa 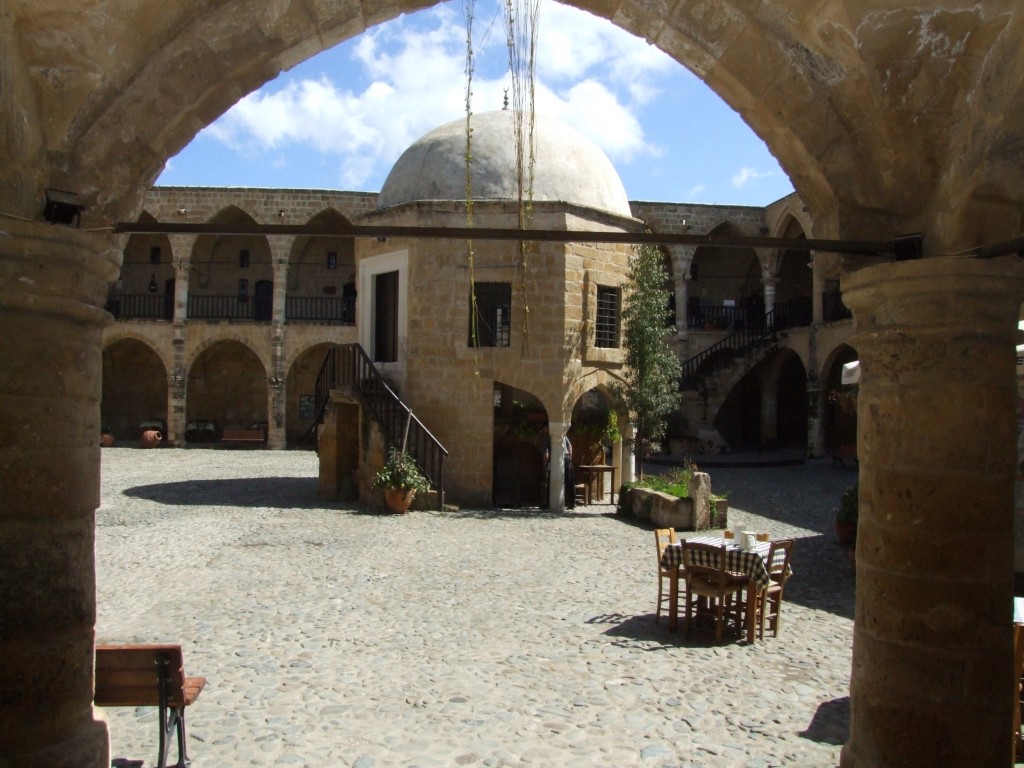 Nicosia (Lefkoşa in Turkish) is the capital of both the TRNC and South Cyprus. The city has been divided since the outbreak of the Cyprus Conflict in December 1963, although the opening of the borders in April 2003 has enabled greater interaction between the two sides. There are now three crossing points: Ledra Palace, which has restaurants and the Home for Co-Operation in the buffer zone, and Ledra Street – both suitable for pedestrians, and the Metehan/Ayios Dometios checkpoint for vehicles.

A thriving and vibrant city, North Nicosia is small by international standards with a population of just over 61,000. The Old City transports you back in time with its numerous historical sites, while contemporary attractions all add to Lefkoşa’s unique charm.

Many civilisations have left their mark on Lefkoşa, which traces its roots back to the Early Bronze Age of 2,500 BC. A millennium later Ledra, in the southwest of today’s city, was established as one of the 12 kingdoms by the Achaeans after the end of the Trojan War. Around 647 AD, Arab coastal raids prompted the Byzantines to shift their centre of operation from Salamis to Lefkoşa, formally making it their capital in 965AD.

The walls of the Old City were begun in the Lusignan Period. The Venetians then added newer, thicker fortifications in the sixteenth century, which remain to this day. There are three gates through the walls: Girne (Kyrenia) in the North, and Baf (Paphos) and Mağusa (Famagusta) both in South Nicosia. The Ottomans laid siege to the island in 1571 and built many landmark buildings in the capital.

The city was divided into two ethnic zones a few days after Greek Cypriots started to attack Turkish Cypriots in 1963. Mark Hobden, a British RAF Captain, stepped in to help separate the warring factions, famously drawing a line on a city map with a green marker. The war of 1974 saw the Green Line extend the full width of the island, creating a 180km-long buffer zone. One of the narrowest points is in the capital, just 3 metres wide; the area is dubbed Spear Alley as soldiers on either side can virtually poke each other.

Since 1989, the TRNC authorities have set about restoring the Old City, aided by UN and, more recently, EU funding. Take a free guided tour from Girne Gate to see all the historical sites, of which just a few are mentioned below.

Immediately after the gate is the Mevlevi Tekki – home of Sufism in Cyprus. Built in the seventeenth century, it is now a museum with annual performance from whirling dervishes. Further along is the Sarayönü or Atatürk Square with its Venetian Column opposite the main Lefkoşa courts.

In the heart of the Old City is the impressive Büyük Han (Big Inn), built by the Ottomans for travellers. Today its rooms have been leased to artists and craftspeople who exhibit and sell traditional and contemporary arts and crafts, including hand-woven straw baskets, silk and lacework. There’s also a restaurant: perfect for lunch or dinner. 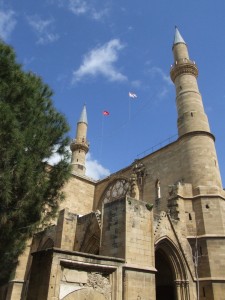 Take a bath in the nearby Büyük Hamam (Great Turkish Bath) on İrfan Bey Street. Built on the ruins of a 14th century church, the hamam is open for use from Tuesday to Sunday, alternating between men’s and women’s days, with the building open to viewing by tourists in the evening.

The Turkish Cypriot capital boasts two fine examples of Gothic cathedrals, both converted into mosques when the Ottomans arrived: St. Sophia Cathedral/Selimiye Mosque (pictured) and St. Catherine Cathedral/Haydarpaşa Mosque. Selimiye is used as a place of worship today, but was formerly Cyprus’ premier church where the coronation ceremony of Lusignan kings was performed. Six days after conquering the city, the Ottomans adapted the building and held their first Friday prayers on 15 September 1571. The following year two 49m-tall minarets were added by order of Sultan Selim II.

Haydarpaşa is now a museum and exhibition space. The building celebrates the flamboyant Gothic style of southern France, and is adorned with gargoyles and carvings of the Lusignan coats of arms, and other typically Gothic decorative features.

From there, stroll through the backstreets of the renovated Arabahmet district with its distinctive town houses. One is the Dervish Pasha Mansion, which now doubles as the Ethnographic Musuem. The previous owner was the editor of the island’s first Turkish newspaper, Zaman, published between 1891 and 1900.

For trinkets, macun (traditional Cypriot dessert of preserved fruit), Turkish delight, spices, nuts and fresh fruit and vegetables, visit the Bandabuliya (Municipality Market), a small indoor bazaar in the Old City. Nearby is the Arasta district, full of clothing and gift shops, as well as access to South Nicosia via the Ledra Street crossing: make sure you take your British passport with you. For those after a contemporary shopping experience, visit Dereboyu (Mehmet Akif Street) – the TRNC’s Oxford Street. Supermarkets such as Lemar will help you stock up on your Cyprus staples of hellim cheese and Turkish coffee.

Turkish Cypriots love to eat and there is a great choice of eateries in Lefkoşa. For Cypriot cuisine, visit Hamur (Turkish for ‘dough’) by the Ledra Palace crossing. Its sweet and savoury börek (pastry), mantı and pirohu (Turkish and Cypriot styles of ravioli) are delicious. A short distance away is Nenemin Evi (My Nan’s House) serving traditional dishes, such as molehiya (green leaves) and kolakas (similar to a yam).

Kebab lovers should check out Anibal – a simple restaurant in the Çağlayan district that’s popular with the locals. For an upmarket kebab experience, visit Niazi’s (two branches: Dereboyu and Kermiya) or Biyer on Dereboyu, which serves both charcoal-grilled meat and fish dishes.

For contemporary cuisine and settings, there’s Sabor (Spanish) opposite the Selimiye Mosque, or Cadde de Passport (mixed global) on Dereboyu, and Eziç Lefkoşa (chicken heaven), which also boasts a garden. Enjoy dessert at the Grand Mardo Ice Cream Parlour and Caramel, renowned for its cakes and chocolate.

One of the favourite local pastimes is drinking Turkish coffee. Introduced to the island by the Ottomans, it is an integral part of Cypriot culture. One of its oldest and most famous brands is Özerlat, now also available in the UK. In the early 1900s, Derviş Tahmis Özerlat opened the capital’s first Cypriot coffee shop on Ermou Street in South Nicosia. The family has been at the forefront of innovations ever since, introducing electric grinding, and new packaging techniques and materials. You can find them at the Özerlat Café on Arasta Street in the Old City.

Unlike the coastal resorts, the capital is buzzing pretty much all year round. There are plenty of cool bars on Dereboyu in the evenings, and hip new venues such as Ara Sokak in the Old City and Ghetto just outside. For live music, head to The Doors Bar (formerly Sinema Nostalji) in Yeni Şehir.

The capital has two 5-star hotels: Golden Tulip, on the corner of Dereboyu, and Merit Lefkoşa,on the main city artery of Bedrettin Demirel Street. Both offer casinos, fine dining, swimming pool and spa facilities. Those on a budget may prefer the 3-star hotel City Royal Hotel.