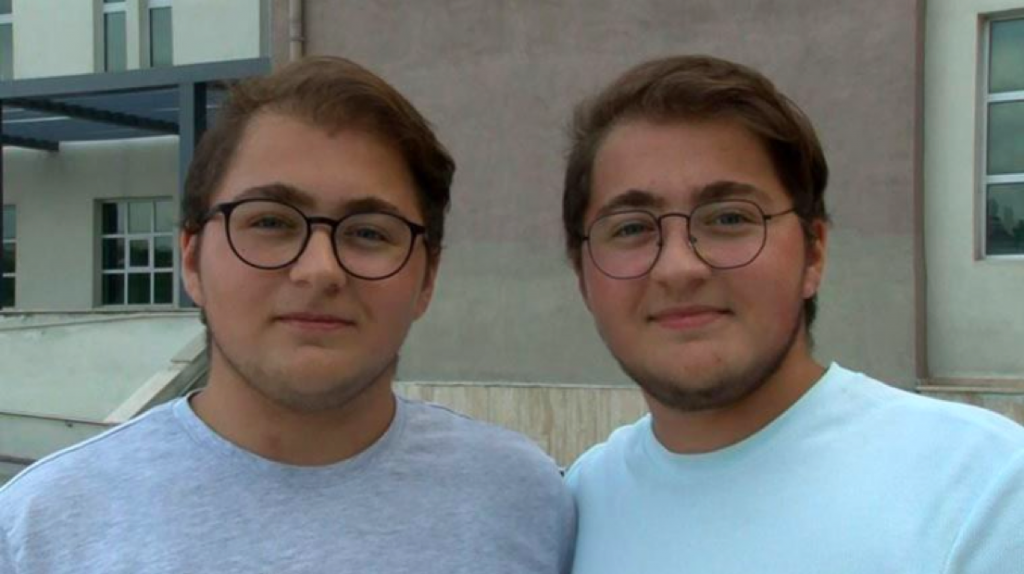 Identical twin brothers have hit the headlines in Turkiye after achieving the same scores in their YSK university entrance exams and are now set to study on the same course after choosing the same university.

Serdar and Serhat Asker told local media their future goal is to work together in the same role for the same institution.

The inseparable pair, who were born in 2004 and are currently living in Arnavutköy, Istanbul, explained how they are directly affected by the other’s emotional state, whether happy and sad, and that they sometimes speak the same words without realising it.

This year, the twins sat their YKS (Yükseköğretim Kurumları Sınavı / Higher Education Entrance Exams) but only after lots of challenges due to their identical appearance.

Initially the twins had sought a career in the army, but Serdar and Serhat said the Turkish military academy refused them the chance to sit their entrance exam because staff could not tell the boys apart. Similar problems existed in their school, the boys said.

Before the exams, everyone asked ‘who will do it better?’

Explaining how they prepared for the YSK, the twins said: “We studied together for the university exam, we always solved the same type of questions, we learned from the same sources, and when we were taking this exam, there was only one question in everyone’s mind ‘who will perform better?’

“The exam results were announced. We checked and saw that we had the same net results, had scored the same points, and were ranking exactly the same.”

Having achieved identical scores, the boys decided to then pick their university and waited for the response. They were delighted to learn that they had both been accepted at the same institution.

“This time we chose a university and won places at the same university, so we will go to the same city, attend the same [university] department and stay in the same house. That’s why we are very happy,” the twins explained.