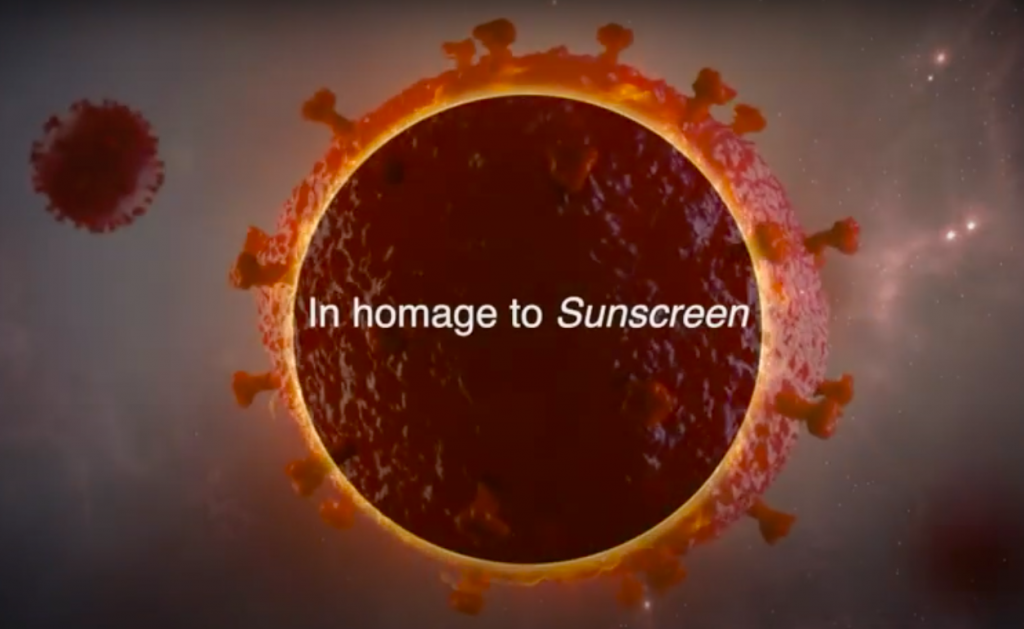 A 5-minute video by Dowan Ahmet warning about the dangers of coronavirus and offering tips for “these uncertain times” has gone viral.

Addressed to “the Class of 2020”, Ahmet’s clip has been watched by over ten thousand people.

His tribute to “healthcare professionals and other frontline staff” who “risk their lives so you don’t have to”, ends with the repeated message to: “Be kind to them. Stay at home and wash your hands”.

The powerful essay, written by Ahmet and narrated by actress Cigdem Kemal, is peppered with advice about how to protect oneself from coronavirus. Tips include dancing, taking vitamins C and D, and not touching our faces, though Kemal humorously says, “If you succeed in doing this, tell me how.”

In a strong urban London accent, Kemal urges us to use the lockdown time wisely: to ring our parents, be “careful” about what we share on social media – “always check your sources: no information is better than bad information” – and to be “kind to your lungs – you’ll miss them if they’re gone”.

The cue for Ahmet’s clip, titled Homage to Sunscreen, came from Australian film director Baz Luhrmann’s 1999 spoken word hit Everybody’s Free (To Wear Sunscreen). Luhrmann had put to music the words of Chicago Tribune columnist Mary Schmich on the need to wear sunscreen and other advice to young people on how to live a happier life and avoid common frustrations.

The London-based filmmaker is a visual content specialist, working with charities, local councils and corporations through his London Video Company. He told T-VINE why he made his self-funded clip Homage to Sunscreen:

“Basically, I was looking at what the NHS staff, and other staff in supermarkets are doing. I wanted to do something to contribute. To help in some tiny way.

“So I had this concept around Baz Luhrmann’s song in 1999 called ‘Sunscreen’. I wrote [my clip] influenced by [this] and in homage to that spoken word song.”

The making of Homage to Sunscreen, which cuts across different scenes in hospitals, labs, parks, homes, and supermarkets, and features a diverse cast, turns out to have been created mainly through library footage.

“Normally I would have filmed everything myself. But with the lock down, I used library footage. It meant spending days going through videoblocks.com to find the shots that I wanted,” he explained.

On the powerful lyrics and striking music, Ahmet said:

“I wrote the words, but I can’t produce music, so I got that from audioblocks.com. I recorded the spoken word narration, and placed it on top.

“The whole thing actually took about four working days, and ten [days] in total from having the idea to completion.”