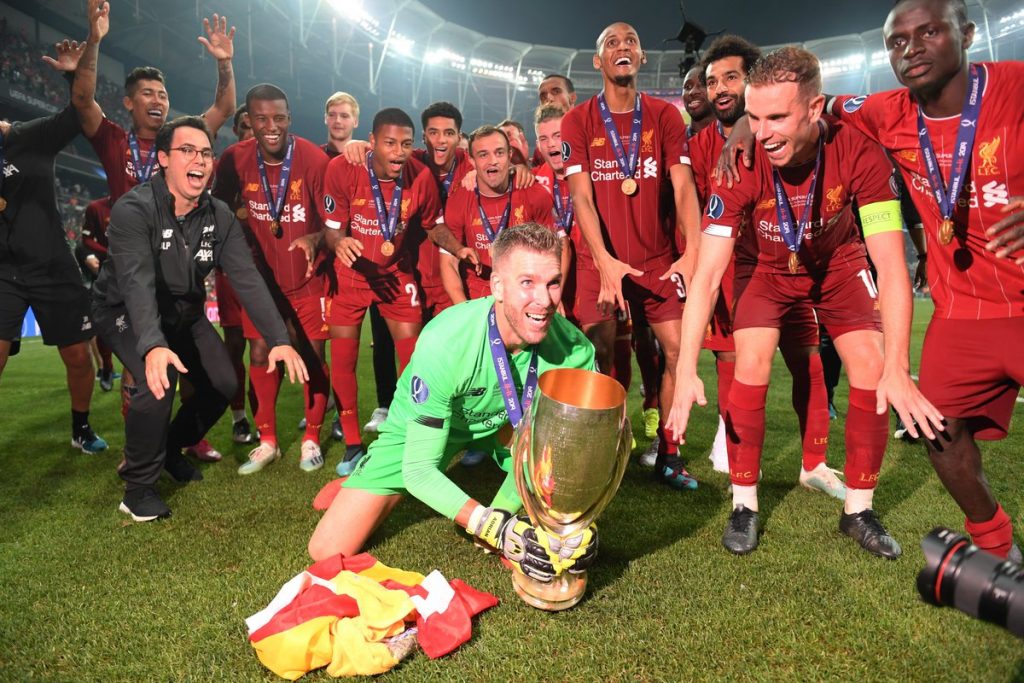 Europe kicked off the new football season with its annually held Super Cup –  its equivalent of England’s Charity Shield.

Played at the BJK Vodafone Park stadium – the home ground of leading Turkish club Beşiktaş – Liverpool, the winners of the Champions League, took on Chelsea, the holders of the Europa League Cup.

Liverpool were the eventual winners of Wednesday night’s match, defeating their London rivals 5-4 in a penalty shoot-out after the match had ended in deadlock at 2-2 following extra time.

The game also made history as French official Stéphanie Frappart was the referee for the match, marking the first time in history a woman would referee the final of a UEFA men’s competition.

The all-English affair saw over 38,000 fans descend on BJK Vodafone Park stadium, with thousands more in the city simply to enjoy the atmosphere. The match was also broadcast live to some 200 countries worldwide. It helped turn the Super Cup into a highly lucrative affair for Turks.

The city’s eateries, retailers, taxi drivers, and hoteliers saw their income leap from the estimated 50,000 overseas visitors, who stayed in Istanbul for between two and three days. Hotel occupancy rates in Taksim, Talimhane, Beşiktaş, and Beyoğlu reached 95% according to Müberra Eresin, head of the Turkish Hotel Association (TÜROB).

The boon to local businesses was also confirmed by Nizam Hışım, the chair of Beyoğlu Beatification and Protection Association [Beyoğlu Güzelleştirme ve Koruma Derneği]. He told the Anadolu news agency that, “Sales were up 500% in businesses such as restaurants, bars and cafes and doubled in clothing shops and others.”

Firuz Bağlıkaya, head of the Association of Turkish Travel Agencies (TÜRSAB), believes the local economy will have benefited by as much as €100 million from hosting the Super Cup:

“After the match, celebrations continued until the morning. Before the match, there was great mobility in the venues around Beşiktaş. We anticipate an economy of about 100 million euros [$110.76 million] in three days.”

Bağlıkaya also noted how the match was a great advert for Istanbul, making its long-term value to the city far higher:

“The advertising value created by such an international event is very high. The UEFA Super Cup Final, which can be considered a great opportunity for our industry, has created over TL 1 billion in advertising value for our country. Thanks to the match that was followed with interest by football lovers, we had the opportunity to introduce the beauties of Istanbul to the entire world.”