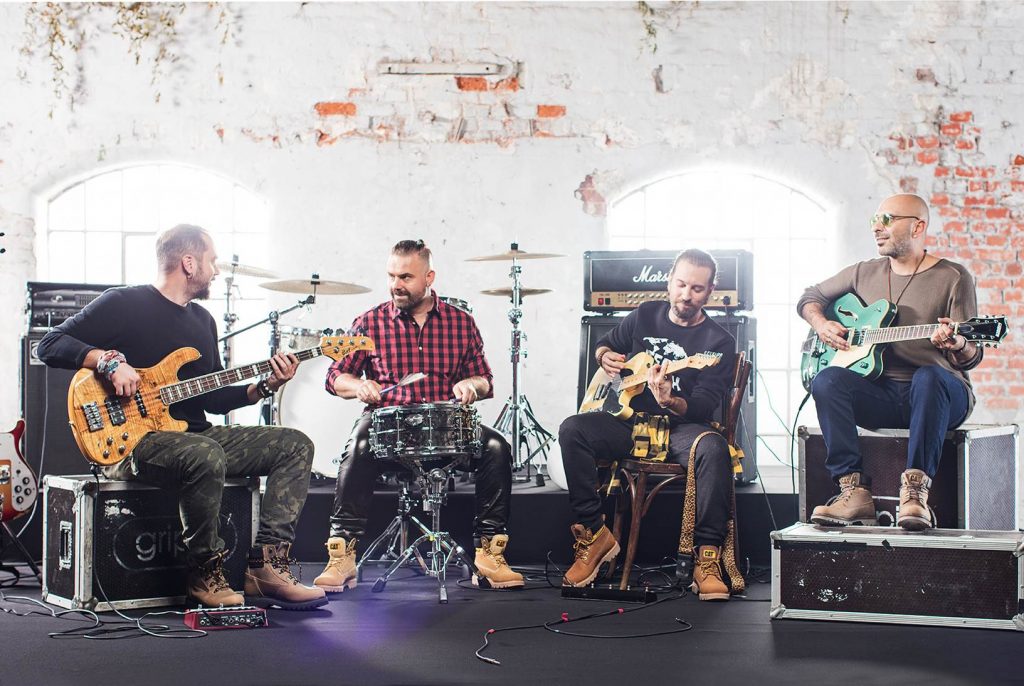 Gripin have confirmed the revised date for their “20thanniversary” London concert. Originally scheduled for 10 February 2021, but delayed due to the coronavirus pandemic, the concert at the Jazz Café is now set for Wednesday, 9 February 2022. All 2021 tickets remain valid.

One of Turkey’s biggest alternative rock bands of the past two decades, Gripin started life as a cover band in Istanbul bin the mid-90s, playing songs of well-known British, American and Turkish rock bands.

Gripin’s first studio album, Hikayeler Anlatıldı [Stories were Told], dropped in 2004, bringing the band to the wider attention of the music industry.

Two singles from the new album dominated the Turkish charts in 2007: Böyle Kahpedir Dünya [This World is a Harlot]  and follow-up Sensiz Istanbul’a Düşmanım [I Hate Istanbul Without You] – with guest performer Emre Aydın joining Birol Namoğlu on the vocals.

The album’s producer Haluk Kurosman is behind the successful sounds of many Turkish pop-rock stars of that era, including maNga, Emre Aydın, Vega, and Göksel.

The album bagged Gripin numerous awards and its reputation grew beyond Turkey’s national borders. Since then, the band has undertaken six USA tours, two Australia tours, and countless European tours and concerts.

Three further studio albums have followed the chart-topping Gripin: MS. 05.03.2010(2010) and Yalnızlığın Çaresini Bulmuşlar (2012), and Nasılım Biliyor musun?(2017) and reworkings of existing material. The band are currently focusing on exclusive projects to mark their two decades in music.

Expect a sensational concert at the Jazz Café as the band represent their biggest and best loved hits of the past 20 years. The gig is promoted by Studio Live.

*Restaurant tickets include a non-refundable deposit of £20 per person which will be taken off your bill at the end of the night. Some restaurant tables have restricted viewing.

More information via the venue: thejazzcafelondon.com/gripin