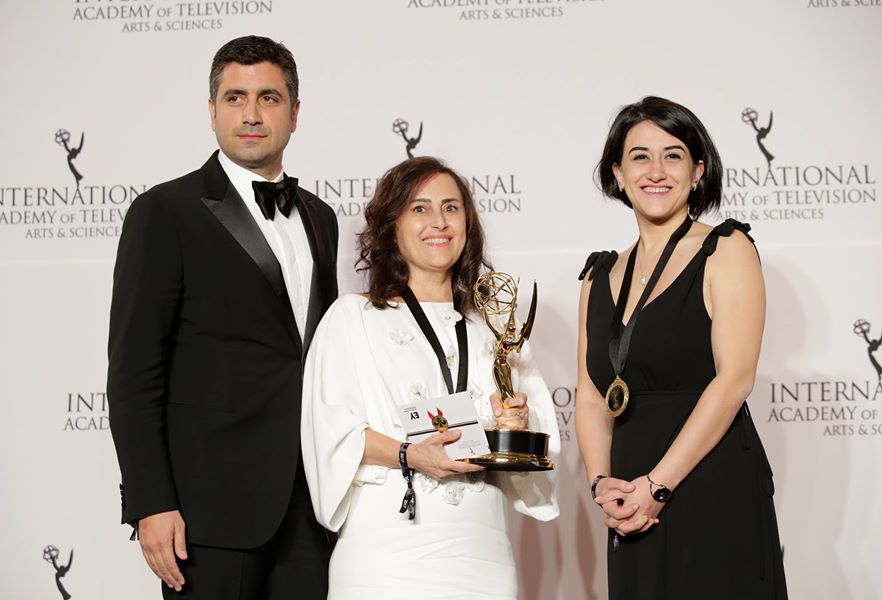 A popular Turkish drama series has made history after being awarded Best Telenovela at the 45th International Emmy Awards earlier this week. Kara Sevda, named Endless Love for non-Turkish viewers, beat three other nominees to pick up the prestigious prize at an awards ceremony in New York on Monday night.

Kara Sevda’s director Hilal Saral, scriptwriter Burcu Görgün Toptaş and Ay Yapım CEO Kerem Çatay collected their Emmy in front of 1,000 guests at the glitzy bash held at the New York Hilton. Other winners on the night were Kenneth Branagh, who won Best Actor, and fellow British actor Anna Friel, who won Best Actress. The event was organised by the International Academy of Television Arts & Sciences, which recognises excellence in television from around the world.

Established in 1969, the International Emmys is open to TV programmes produced outside of America. Over the past ten years, Brazil has dominated the Best Telenovela category, with a Brazilian series winning the prize five times. In 2017, they had two finalists too. However, the judges awarded the trophy to Turkey.

Starring Burak Özçivit (as Kemal), Neslihan Atagül (as Nihan) and Kaan Urgancıoğlu, Kara Sevda has become one of the most popular primetime TV dramas produced in Turkey, with fans worldwide. The series has been dubbed into multiple languages and screened in more than 60 countries across Europe, the Middle East, Asia and South America.

Kara Sevda is about a young poor man and the daughter of a wealthy family who meet by chance and fall in love, although life conspires to keep them apart. The 74-episode series was initially broadcast on Star TV and ran from October 2015 until June 2017, gripping audiences to the end.

The series was produced by Ay Yapım, which has created some of Turkey’s most memorable dramas in recent years including Ezel (2009) and Fatmagül’ün Suçu Ne? (2010).