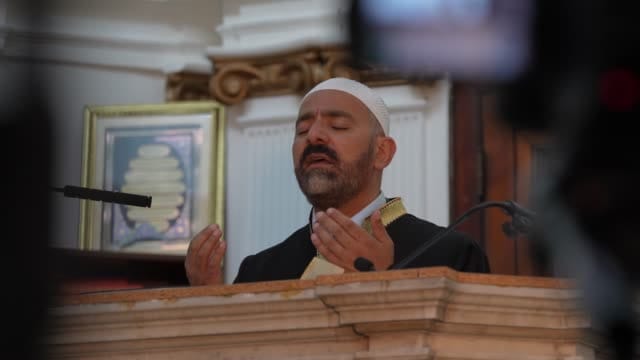 Titled “An Invitation To Think”, the free one-day course is open to anyone who is “curious and eager to learn… irrespective of their faith, ethnicity or cultural background”.

Over the course of a day, course instructors Hussain Hoca and Yusuf Ahmet will cover six sessions that answer questions about a faith that is followed by over 1.5 billion Muslims worldwide, while also seeking to address the “various misconceptions” people hold about Islam.

Topics include “Does Allah exist?”, “Is Prophet Muhammed the most influential person in history?” and understanding the hadeeth, Islamic law and ethics.

The course will be delivered both in person and streamed online. Those attending in person will need to take a lateral flow test ahead of attending and to wear a mask when they enter Shacklewell Lane Mosque.

Session 2: Who is Muhammad  – the most influential person in history?

Session 4: How do we understand the Hadeeth?

The organisation’s website says it endeavours to uphold the core tenets of the Muslim faith: ‘tolerance, non-judgmentalism, and the fact there is no compulsion in religion’.

Hussain Hashim Hoca is the UK’s leading Muslim pastor for Turkish Cypriots, presiding over weddings, deaths and other religious ceremonies, as well as giving regular sermons and talks about Islam.

He is known for his interfaith work, and has been at the forefront of encouraging younger generations of Britain’s 250,000 strong Turkish Cypriot community to explore their rich spiritual heritage.

Yusuf Ahmet has been running courses, workshops and seminars focused on promoting peace, compassion and love for Cypriots for many years.

The pair shot to greater prominence during the Covid pandemic after taking part in multiple online talks about Islam, what it means to be a Muslim, and the history of the faith in Cyprus.

Title: An Invitation to Think – One Day Intensive Course 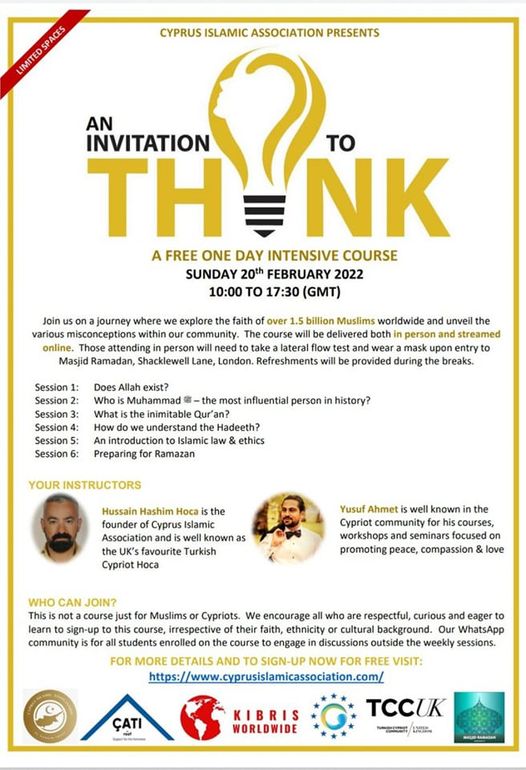