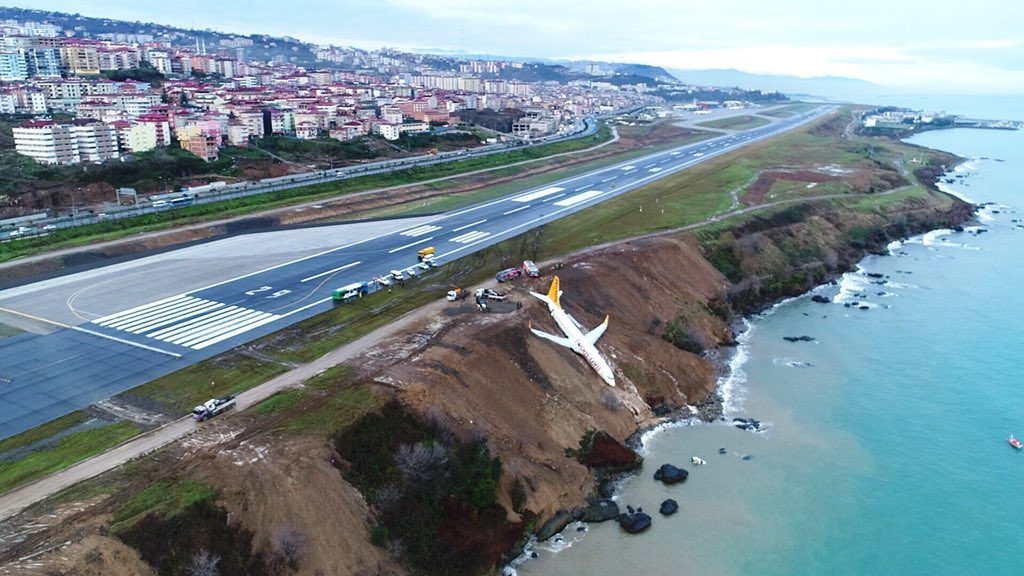 Passengers and crew onboard a flight from Ankara to Trabzon miraculously escaped without any injuries after their aircraft crash-landed on a cliff edge when trying to land at Trabzon Airport.  The Saturday evening flight had a dramatic end when the plane skidded off the runway and went over the side of a cliff.

An investigation has been launched into the accident involving Pegasus Airlines’ flight PC 8622. The Boeing 737-800 aircraft was carrying 162 passengers, four cabin crew and two pilots at the time, but incredibly all emerged unscathed.

Footage posted on social media showed passengers and crew being safely evacuated from the aircraft, which remained largely intact. The cause of the accident is not yet known.

A statement issued by the airline said: “We’re sorry to report that the Boeing 737-800 type TC-CPF registered aircraft of Pegasus Airlines Flight Number PC 8622 Ankara-Trabzon flight scheduled at 18:25 UTC tonight, had a Runway Excursion Incident during landing at Trabzon Airport (13 January 2018). All 162 passengers, 2 pilots and 4 cabin crew have been disembarked safely from the aircraft. There has been no loss of life or injury to anyone on-board.”