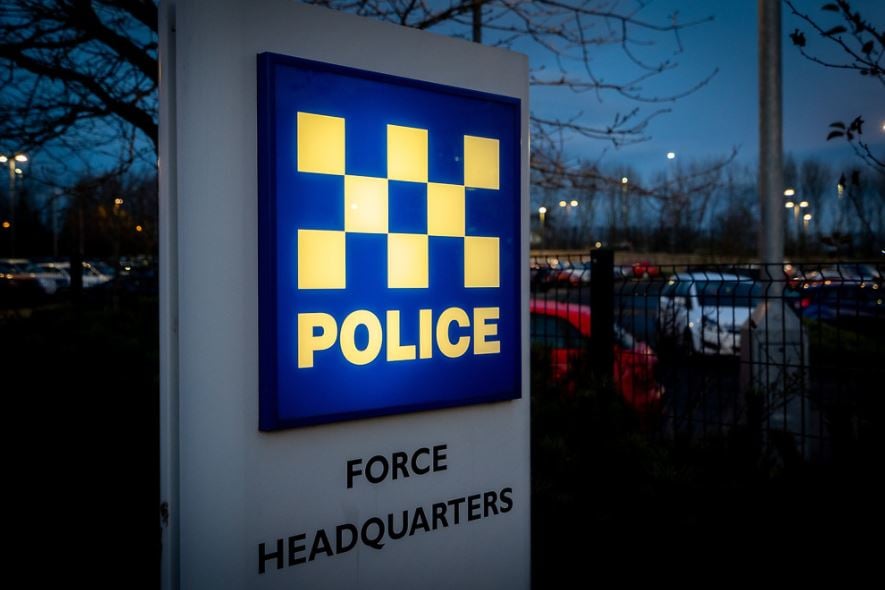 A man has been charged with a string of offences after a spate of graffiti attacks against Turkish barber shops in Sunderland, northeast England.

Following a swift investigation by officers Sarbaz Rasul Khzri, 22, was arrested and charged with criminal damage and possessing an offensive weapon. He is due to appear in court in March.

Four Turkish barber shops were targeted with offensive graffiti at the end of January.

Leaving a handwritten note on one and spray-painting the front shutters of three others, the vandal left the following message each time: “leave your shop, your problem for people”.

The incidents in the Holmeside, Grangetown and Fulwell areas of Sunderland happened between Tuesday 26 and Thursday 28 January. Police are treating each criminal damage report as linked.

Noting that the offensive graffiti had caused substantial concern to both the victims and the wider community, police increased their patrols in identified areas as officers followed various lines of enquiry.

Shortly after 10.20pm on Friday, 29 January, police received intelligence that a premises on Sea Road was being targeted for the second time.

Response cops were on the scene within five minutes and were able to detain a 22-year-old man who was arrested on suspicion of criminal damage. He was also found to be in possession of an axe.

Sarbaz Rasul Khzri, 22, of no fixed abode, was later charged with four counts of criminal damage and possessing an offensive weapon. He is due to appear before magistrates in South Tyneside on March 11.

Four Turkish barbers across Sunderland have been targeted with racist graffiti. A 22-year-old man has been arrested on suspicion of criminal damage as part of the investigation. pic.twitter.com/ZLiJUosCRf

Chief Inspector Paul Walters, of Northumbria Police, said: “This type of offence can cause a huge amount of upset and anger within our communities at a time when the overwhelming majority of people in the North East are pulling together.

“As soon as we were made aware of this spate of incidents, an investigation was launched and patrols were increased in identified areas in a bid to track down the person responsible.

“Those enquiries resulted in us detaining a suspect on Friday evening who has since been charged with numerous offences and he will now appear before the courts.

“I would like to thank the victims and the wider community for their support and assistance in this case, as well as all our officers who were involved in the significant operation launched off the back of the vandalism.

“We will not tolerate crimes such as this, and would now ask the public to avoid speculation or comments on social media that could jeopardise the live court proceedings.”

If you see anything suspicious in your neighbourhood, always report it by calling 101. In an emergency or if a crime is taking place, always ring 999.