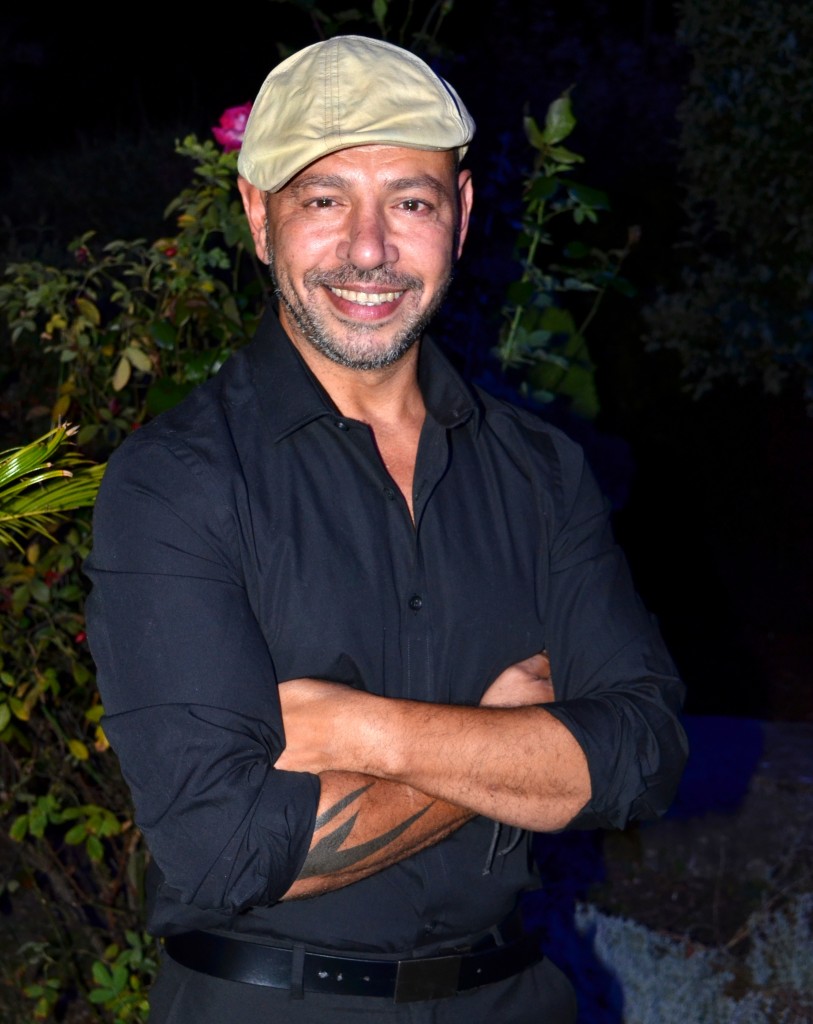 A legend of the Turkish wedding circuit, he hit the big time with his group Babutsa. These days, he runs a café in Beckenham and performs weekly at a top London Turkish nightspot, while guiding the career of his singer daughter.

My parents are from Cyprus (İskele and Karpaz) and they have four children: two boys and two girls. I’m the second eldest. I grew up in London. I’ve been married 22 years, and live in southeast London with my two daughters.

Yes. I first started by playing the saz aged seven. Since then, I’ve also learnt to play the ud, cümbüş, keyboard and guitar. I don’t play these in public, just among friends or in the studio for recordings.

My cousin Osman Kelebek created the Kelebekler in 1968. He’d take me to weddings from a young age, basically took me under his wing. Once I left school, I joined his band. In the early days I only listened to Turkish music, but around 13-15 [years old] I lost interest. It came back with Kelebekler, which I remained in for 34 years. [Fellow Babutsa star] Soner was in the band for 20 of those years.

I became the lead singer of the band aged just 16, singing Arabesque, Pop, and Fantasi. I never took any lessons. I learnt on the job. I didn’t set out to be a big star either. I loved being an entertainer at weddings. The band was full of my friends and being this fresh-faced singer, I felt the love and appreciation of people week in, week out: getting big applause from 300 to 400 people was satisfaction enough.

Müslüm Gürses, İbrahim Tatlıses, Ferdi Tayfur. They were the big idols in my day. There aren’t so many singers I listen to now, though I really like Ali Haktan.

I like soul, jazz. I listen to Michael Buble. But my main passion has always been Turkish music.

It evolved when I was based in Istanbul [for Babutsa]. At home, I mainly speak English with the kids, and a mixture of English and Turkish with the wife. I still need to look up Turkish words.

Soner was keen to record an album of Cypriot music – the stuff we played at weddings. He talked to Max Mehmet, a promoter, about it and he suggested we do covers of well-known Turkish songs. He got us to collaborate with a young female singer, Peri Aziz. We brainstormed the band name – we all wanted something Cypriot. We could have been Grup Makarına or Molehiya, but in the end we became Babutsa.

One of our friends Ayhan Başkal, a top Cypriot musician, had written a song called Yanayım 20 years ago. We recorded it on our first album London Calling, which we released in 2009. It became a massive hit in Turkey and Cyprus. We did another Başkal track called Güzelim, which was also a hit. The Turks loved our mix of Rock, Pop and Fantasi.

We were interviewed and performed on [top Turkish] TV shows like The Beyaz Show and İbrahim Tatlıses and toured extensively. Unfortunately we were badly advised and didn’t register our rights as recording artists till very late, so failed to pick up on the royalties due from album sales and radio and TV airplay. But we won many awards including from PowerTürk, Istanbul FM, and University Students of Turkey. We were also nominated as Best Band on Kral.

A combination of things. The money side was not good. Also Peri wanted to be more prominent – she felt like a backing singer and wasn’t happy, so she left in 2012. Soner and I carried on. We did several European tours. We were also meant to go Australia, but a booking error meant we had to cancel. We started to record a new album, but I began questioning whether it was all worth it. I was away from my family a lot and then my wife was diagnosed with cancer. I spoke to Soner and our label head AJ about the need to quit to support my wife. Once my wife was clear of cancer, I talked over my career with AJ and we decided I should try out as a solo artist. I did a gig in Mağusa earlier this year, which was great. I sang a new track called Manyak my brother had written, which we will release as a single. I love Fantasi so I’ll keep producing and singing this. I’m still singing at weddings with new family band Sönmezler and I’m also live every week at Cyprus Garden. I’m just taking things at my own pace. I’m also helping to launch my daughter’s career. She has a great voice, though sings entirely in English. I’ve more than achieved what I wanted; now it’s time to help her realise her dreams.

I love to draw. I also do lots of gardening – landscaping helps me to relax. I tried growing tomatoes but the snails ate them! I look after my four dogs and love tucking into bulli makarına – I can eat that seven days a week!
Main photo by Cetin Karaca / Jan Media.