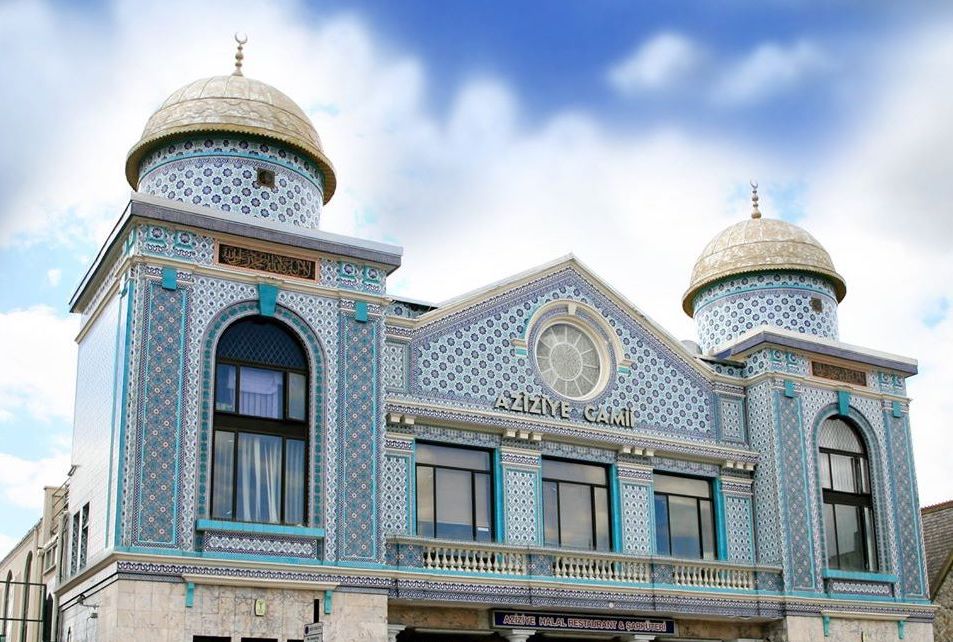 For the past few weeks Turkish owned mosques in Northeast London, like many others across the British capital, have been calling the faithful to prayer (ezan in Turkish) from their roofs and minarets at sunset every day.

Yet in these extraordinary times none have been able to visit Aziziye Mosque in Stoke Newington, Shacklewell Lane Mosque in Dalston, and Suleymaniye Mosque in Haggerston , whose doors remain firmly shut to their congregations despite broadcasting their evening ezan (also known as adhan) on outdoor sound systems just before iftar.

Whitechapel’s East London Mosque was the first mosque in Britain to broadcast the ezan publicly when it first opened in 1985. In the main, the 3-minute ezan in Britain can only be heard inside a mosque.

Permission for the public broadcasts during Ramazan / Ramadan was granted by multiple local authorities, including Hackney and neighbouring Waltham Forest, after being approached by their local Muslim communities, who felt spiritually disconnected by the closure of the mosques.

They were inspired by Al-Manaar Mosque in Westbourne Park, after the Royal Borough of Kensington and Chelsea allowed them to broadcast the ezan publicly on a trial basis.

Normally, mosques would be packed during Islam’s holiest month with observing Muslims attending after iftar for nightly teravih (or tarawih) prayers and sermons. But due to the coronavirus pandemic, all places of worship have been closed since March, making this year’s Ramazan a very subdued affair. Households have instead broken fast and prayed at home, in line with the government’s guidelines and ban on public gatherings.

Hearing the spiritually uplifting ezan daily in their neighbourhood in the past few weeks have been welcomed by London’s Muslim population, while non-Muslims have had an opportunity to also listen to these soul-touching prayers that are such an intrinsic part of the Islamic faith.

Aziziye, Shacklewell Lane and Suleymaniye mosques have each recorded one of their ezan broadcasts using a drone, offering a spectacular aerial view of their building and local area as a backdrop to their muezzin’s call to prayer.

The night of Saturday, 23 May marked the end of fasting. Usually, this morning Muslims would perform the Eid Salah / Ramazan Bayram prayers at their local mosque and then celebrate Eid AI-Fitr / Bayram together. However, but that won’t be possible this year. Neither will the usual Eid / Bayram festivities, which would include visiting friends and loved ones, and enjoying outdoor celebratory events for all the family.

Aziziye Mosque’s Muhittin Hoca told T-VINE, “We are sticking to the rules and staying at home for this Bayram, and are advising the [British Turkish] community to do the same. We know it won’t be the same, but the important thing is to stay safe.”

The Muslim Council of Britain has also issued tips on how to celebrate safely this year. They include wearing your best clothes, but only going out with your own household members. They recommend to send Eid gifts by online order or post, and to avoid visiting friends and relatives in their homes. 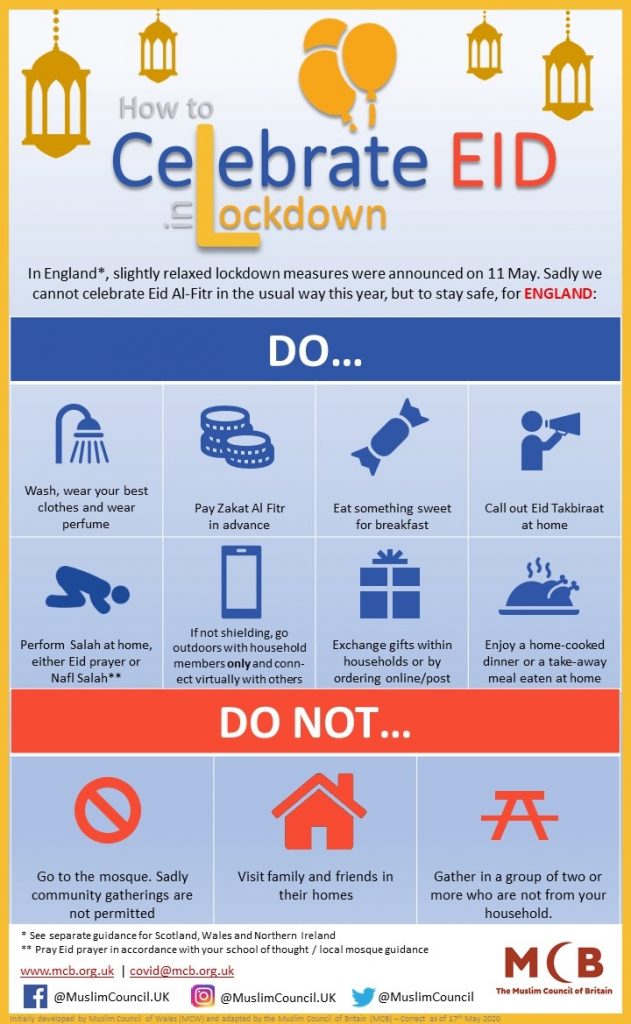