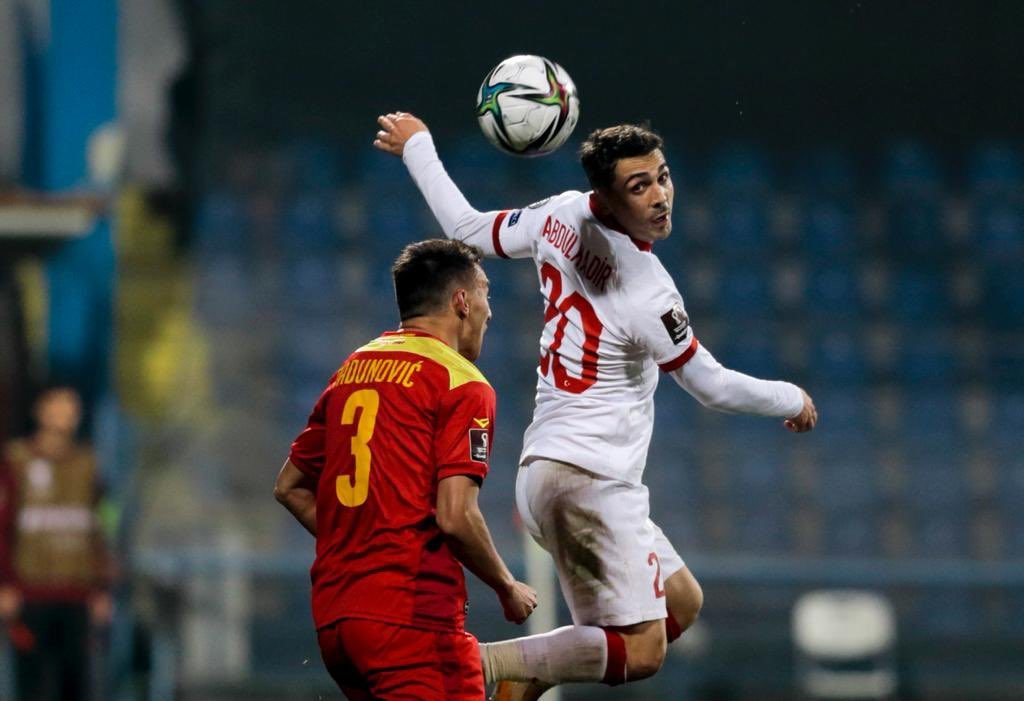 There was relief and euphoria after Turkey beat Montenegro in its final group match of the 2022 World Cup qualifiers, securing the team a place in the play-offs early next year.

Turkey scored a brace in an important 1-2 away win at the Podgorica City Stadium in Montenegro on Tuesday night to finish its qualifying campaign as group runner-up.

The home team had got onto the score sheet first with a goal from striker Fatos Bećiraj in the third minute. Kerem Aktürkoğlu equalised for Turkey in the 22nd minute.

The winner came courtesy of Orkun Kökçü, whose stunning shot outside the box on the 59th minute gave the goalkeeper no chance.

Turkey’s victory against Montenegro followed an emphatic 6-0 win against Gibraltar on Saturday, to leave the team in second place in Group G.

The group was topped by the Netherlands, which finished on 23 points from 10 games, two points more than Turkey. Norway ended their World Cup qualifying campaign in third on 18 points. As group leaders, the Dutch have now qualified for Qatar, while Turkey enters the play-offs alongside Euro 2020 winners Italy, Scotland and Wales.

The draw for the play-offs will be made in Zurich on 26 November, with the games played in March 2022. The Qatar World Cup will run from 21 November to 18 December 2022.

The 13 teams who have already qualified for the tournament are the hosts Qatar, and from Europe: Belgium, Croatia, Denmark, England, France, Germany, Netherlands, Serbia, Spain, and Switzerland, with two from South America: Argentina and Brazil.