Rumi: The Musical – stunning new theatre in London for two nights only 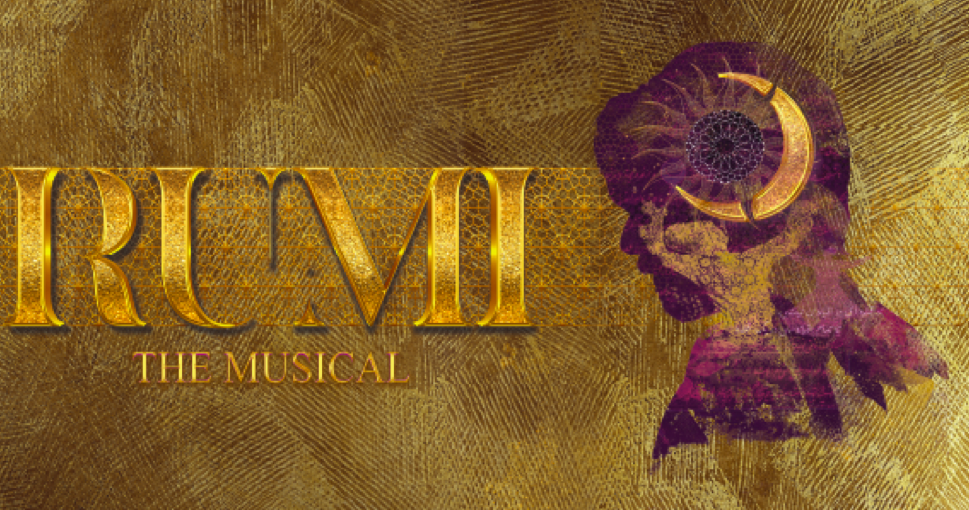 The life and thoughts of Melvana Rumi, a 13th century Sufi philosopher and poet, has touched millions around the world.

The universal and utilitarian nature of his timeless words have been passed down the generations for eight centuries, continuing to inspire people of all nationalities, ages, faiths and backgrounds.

Next week is the world premiere of Rumi: The Musical, a stunning retelling of this Islamic scholar and mystic’s incredible life and legacy, being staged for two nights only at the London Coliseum.

Based on a story by Turkish author Evren Sharma, the musical examines the transformative and powerful relationship between Rumi and his mentor Shams Tabrizi, and how this extraordinary friendship, integral to Rumi’s development as both thinker and writer, impacted the lives of Rumi’s family, friends and followers, contextualising many of his popular words and works.

The story has been specially adapted for the stage by Dana Al Fardan and Nadim Naaman. The pair are behind acclaimed 2018 theatre show Broken Wings, which is based on a book by Lebanese poet and writer Kahlil Gibran. Broken Wings’ success as a musical encouraged them to present Rumi’s life in a similar way.

In an interview with the Guardian earlier this month, Naaman, a British Lebanese actor, singer and writer, highlighted the problematic portrayal of Middle Eastern personalities and heritage in drama.

“We’re tired of the portrayal of our region in drama, where the focus is always problematic – terrorism, refugees, war.

“There is a lack of Middle Eastern stories and those that do exist are fictitious or very Hollywood in their interpretation. You have shows like Aladdin, The Prince of Egypt and Joseph – stories that, to a large degree, come from Middle Eastern and north African heritage, but they have historically been played by white actors with white creative teams and they’re almost a pastiche. They have the right heart but they’re not authentic.”

For this production, the large cast for Rumi: The Musical are of Middle Eastern, north African and south Asian heritage, who sing and dance to 20 songs inspired by Rumi’s poetry. 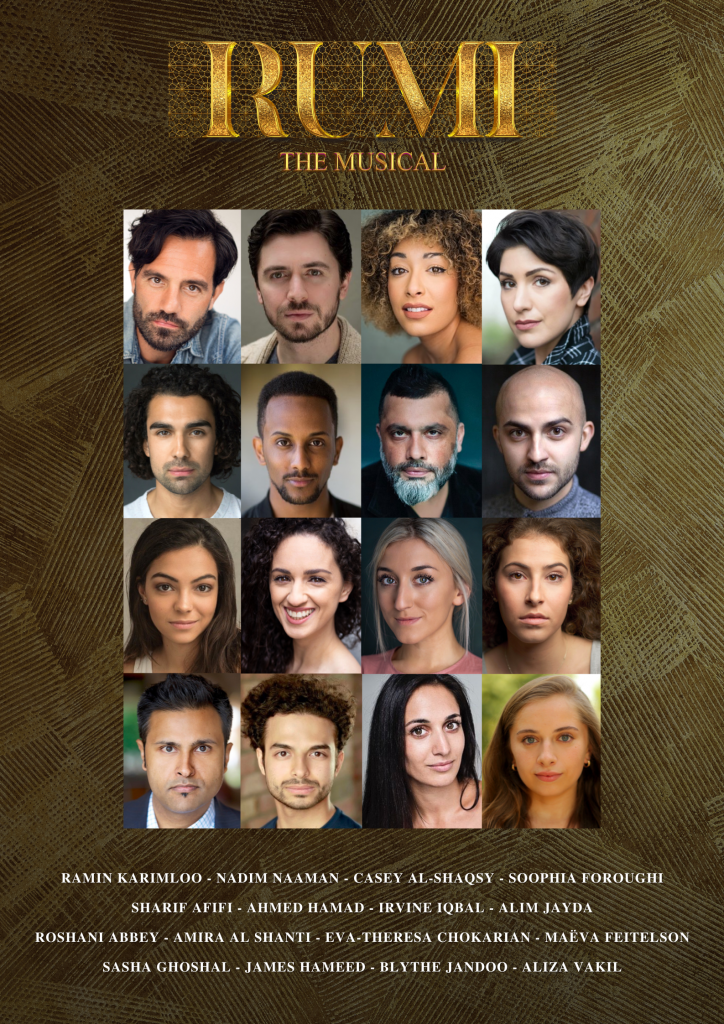 “If you’re going to bring a Middle Eastern icon to the western stage to celebrate their cultural legacy, it feels entirely right that your cast are able to be a part of that, so they are able to feel proud that they’re the one telling the story from their part of the world,” said Naaman.

The orchestrations and arrangements for Rumi: The Musical are by Joe Davison and vocal arrangements by Nikki Davison. They have created a moving score that is inspired by the global scale of Rumi’s outreach and influence, transgressing cultural borders and resonated with hearts and minds across continents. It combines Middle Eastern authenticity with classical influences and contemporary musical theatre, using lyrics derived from Rumi’s poetry.

Scholars dispute where Mevlana Rumi was born. Some say Vakhsh (modern day Tajikistan), others Balkh (Afghanistan). Of Persian roots, Rumi’s family left their homeland before the Mongols arrived and destroyed their region, preventing them from ever returning again.

Instead, the family travelled to Samarkand in Uzbekistan, then onto Iran, Syria, Saudi Arabia, and finally to Konya (modern day Turkey), where Rumi spent the last 50 years of his life.

An iconic figure in Persian, Turkish and many other countries in the Middle East region and beyond, he is best known for pic Mas̄navī-yi Maʿnavī (“Spiritual Couplets”), which widely influenced mystical thought and literature throughout the Muslim world.

Mevlana was a progressive Muslim, whose doctrine advocates unlimited tolerance, reason, goodness, charity and awareness underpinned by love. To him all religions offered truth and he did not differentiate between Muslim, Jew and Christian. After his death, his followers formed the Mevlevi sect.

During his life, Rumi performed the Sema, or whirling dance. Today, Whirling Dervishes all around the world continue to perform the Sema as part of their devotion to God, and it has also become an integral part of Turkish Sufi history and culture.

Each year, Whirling Dervishes perform the Sema ceremony in Konya, where Rumi died, on the anniversary of his passing in December.

Mevlana Rumi’s peaceful and tolerant teachings has transcended geographic and religious borders, captivating music stars such as Madonna and Philip Glass through to the Pope.

In 1958, Pope John XXIII wrote a special message saying: “In the name of the Catholic World, I bow with respect before the memory of Rumi.”

The United Nations declared 2007 The Year of Rumi and celebrations were held worldwide. His poetry remains a bestseller in the United States and elsewhere.

Behind the scenes footage from our recent Dance Workshop, with choreography by the wonderful @AnjaliMehra_H. We’d love to see you @LondonColiseum 23rd/24th November: https://t.co/HlKylot63O pic.twitter.com/TxWXH0kuKx

Admission and tickets: tickets are priced £25 to £150, and are available from the venue box office. Click here to book.