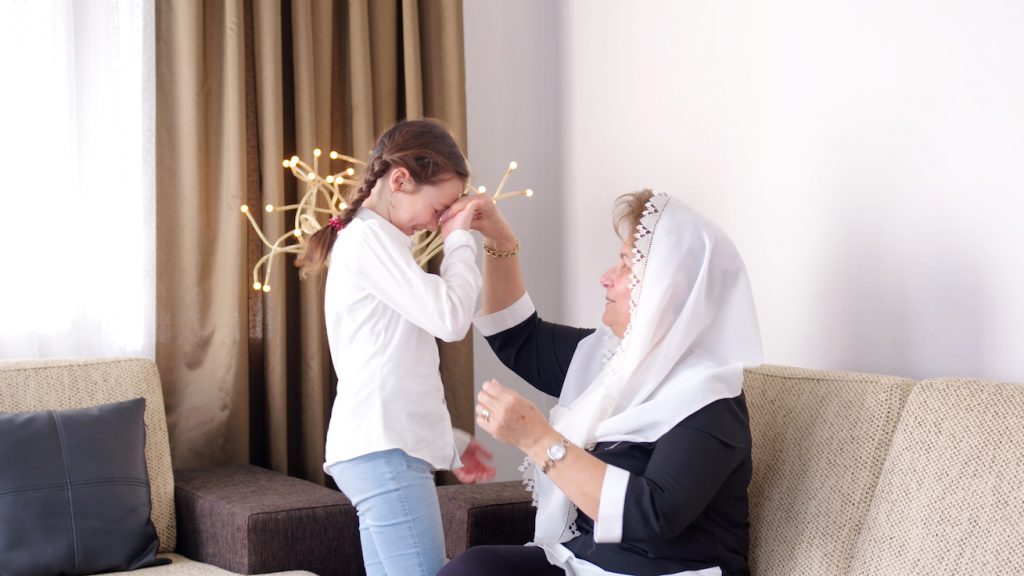 Today marks the start of a three-day public holiday in Turkey and North Cyprus to celebrate the end of the 30-day fast of Ramazan. Several other Muslim countries will also follow suit, after the new crescent moon was observed in Mecca. The rest of the Muslim world will commence their own festivities, which is called Eid al-Fitr, tomorrow, 5 June, when the new crescent moon is sighted in their country.

Religious and cultural traditions come together during this period as those who have been fasting give thanks for being able to complete the full-term. The first day of Bayram starts with early morning prayers at the mosque.

People then dress in their best clothes to visit their loved ones, pay their respects to those that have passed, and generally eat lots of rich food, including sweet desserts such as baklava and ekmek kadayıfı (a bread pudding with clotted cream) that was avoided during Ramazan (Ramadan). It’s one of the reasons Turks call this holiday Şeker Bayramı(Sweet Eid).

Like the annual Christian celebration of Christmas, Eid, or Bayram, is a time to give gifts to one another. People tend to visit their nearest and dearest family, often their elders, on the first day of Bayram. On the second and third days, visits are paid or received from extended family and friends.

Turks will also use the occasion to party. Ramazan is a time of refrain and even those not particularly religious treat the month like Lent, forgoing pastimes such as drinking, gambling and partying. Bayram is a chance to let loose again.

Many of Turkey’s top stars will again be performing in 5-star hotels across North Cyprus during Bayram. Sibel Can is live tonight at Kaya Palazzo in Girne, while Volkan Konak is on stage at Merit Park Hotel the following day, also in Girne.

Also on 5 June, Muazzez Ersoy is at Kaya Artemis in Bafra, while Fatih Ürek plays Elexus in Girne on the same night, followed by Serkan Kaya on the 6th. Pop star Gülşen jets in for a live gig at Lords Hotel, Girne, on 6 June.

It can be harder to feel the spirit of Eid if you live abroad in a non-Muslim majority country. However there are several major events open to all the public happening across Britain.

In London, enjoy Eid in the Park, which this year takes place at New River Sport, on White Hart Lane, Wood Green, on 4 and 5 June. Entry is just £2 and includes inspirational talks about Islam, family fun with bumper cars, bouncy castles and a funfair, and stalls selling toys, crafts, and lots of amazing food. Heading into the weekend, on Friday night, 7 June, the community can enjoy a Turkish themed night with the Bayram Balosu, which takes place at the Prince and Princess Banqueting Suite in Edmonton. The line-up includes Devrim Baca and the Major Band, dance troupe The Flames, and showman Kerem Ergen. Prices are £28, which also includes a fixed menu dinner with hot and cold meze, and fruit platter.

On Saturday, 8 June, the Mayor of London hosts the now annual Eid Festival. This free event takes place at Trafalgar Square, and will include a huge stage between the square’s famous lions that will feature live entertainment all-day long, surrounded by stalls selling tasty food from around the world.

Also in the capital, those in West London should head to Westfield in Shepherd’s Bush this weekend to soak up a lively Eid experience of halal street food stalls, cookery demos, talks, modest fashion shows, mehndi (henna) designs, all the while indulging in the finest shopping.

For those in Manchester, Platt Fields Park plays host to Eid in the Park in Fallowfield with two days of events on 4 and 5 June. Over in Birmingham, today’s Eid event in Small Heath Park is expected to one of Europe’s largest gatherings of Muslims. Last year’s event drew 140,000.