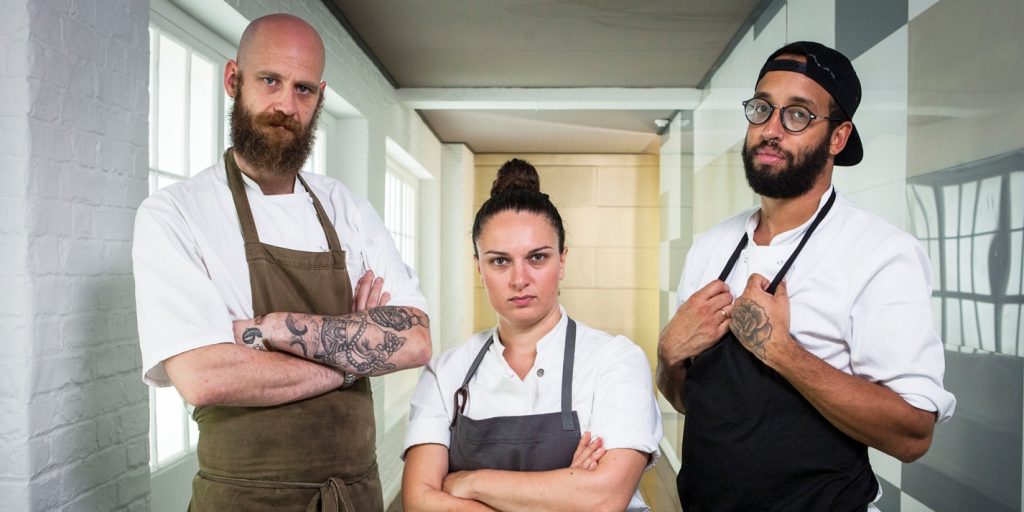 The new series of Great British Menu is upon us, and after opening with three leading culinary talents from the North East, the second week moves to the London and South East heat, which features Selin Kiazim.

Last year, Kiazim’s Turkish-inspired muhallebi dish Honouring Venus Rosewater Champions was the winning dessert on Great British Menu and served at the banquet celebrating 140 years of the iconic Wimbledon Championships. Winners of Series 13 will produce the menu for a culinary feast that pays tribute to 70 years of the NHS.

Oklava owner Kiazim, who earlier this year opened a second restaurant, Kyseri, in London, which specialises in Turkish pasta dishes, is hoping to be one of a handful of chefs to win on back-to-back series of BBC 2’s popular cookery show. To progress in the competition, she needs to beat two emerging talents in the region: Scott Goss and James Cochran.

Goss has enjoyed a stellar rise in his career, working for Gary Rhodes at City Rhodes and Rhodes in the Square, then at Allium under Anton Adleman and The Admiralty under Robert Spencer. He is currently the head chef at The Twenty Six in Kent, renowned for its spectacular seasonal cuisine.

Cochran is the third competitor in the London and South East head-to-head. Of mixed Scottish and Vincentian heritage, Cochran homed his culinary skills at Michelin-starred establishments like The Ledbury and more recently at his first restaurant James Cochran EC3. He aims to fuse international twists to modern British fare in his new restaurant 1251, which will open in Islington at the end of this month.

Catch all three as they cook for the judges, Oliver Peyton, Andi Oliver and Mathew Fort, every weekday evening at 7.30pm on BBC2. Monday 20 August sees the chefs create their Starter dishes, with Fish on Tuesday, Mains on Wednesday, Desserts on Thursday and decisions by the judges on Friday. You can watch all the episodes on the BBC iPlayer too.