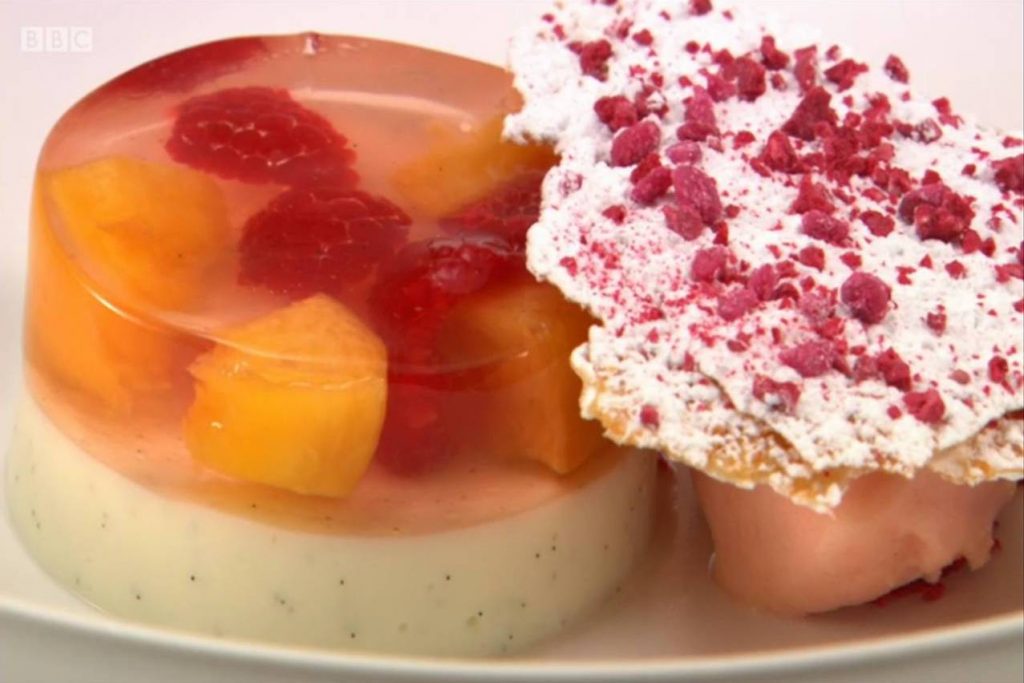 Tonight, BBC 2 will televise Selin Kiazim as she serves her spectacular dessert at a dinner celebrating 140 years of the iconic Wimbledon Championships. Her Turkish-inspired dish Honouring Venus Rosewater Champions, described by former British tennis champion Annabel Croft as “one of the most beautiful puddings I have ever had”, beat seven other desserts in the finals of Great British Menu to make it onto the menu of the lavish banquet.

The owner of Oklava restaurant in Shoreditch, East London, Selin was one of eight chefs to compete in the national finals of hit TV show Great British Menu after winning the regional heats back in May to represent London and the South East. The competition reached its thrilling climax this week, with the chefs – six men and two women, five of them making their debut appearance at the finals – cooking a dish for each of the four courses. The highlights and winner for each course were broadcast each weekday evening, with the dessert course competition airing last night.

Selin had been scored fifth by the judges for her first two dishes, but she found her stride in the run-up to the dessert final: her Grand Slam Lamb dinner for the Main course scored a near perfect 39 out of 40 on Wednesday night, coming joint first before losing on a tie-breaker to Michael Bremner. Selin’s final chance of making it to the banquet rested with her dessert. In the regional heats, her dish had received the lowest marks of any of the finalists, so she opted to create a completely fresh dish for the final.

As in her earlier courses, Selin’s Turkish Cypriot heritage influenced the ingredients and flavours of her dessert. Her centrepiece was a vanilla muhallebi, described as a “Turkish panna cotta”, topped with a clear jelly with poached peaches and raspberry, served with a peach sorbet, raspberry and rosewater sauce, and an almond filo shard. Rosewater is common to many Turkish desserts, but can be an overpowering flavour, but Selin explained she’d used “a good quality rose extract” to prevent that.

Her delicate balancing of flavours and excellent presentation received top marks from the discerning panel of judges: Matthew Fort, Andi Oliver, Oliver Peyton and Annabel Croft, a guest judge from the world of tennis. They found Selin’s fresh and fruity dish, named after the tournament’s Women’s trophy to ‘honour the female greats of Wimbledon’, a worthy winner.

Announcing her triumph, Fort said: “Congratulations, you’ve made it. [Your dessert] will make a perfect end to our summer banquet.”

Selin’s food will appear at the banquet alongside dishes cooked by Murano head chef Pip Lacey, Michelin-starred North Yorkshire Black Swan chef Tommy Banks , and Michael Bremner, head chef and owner of 64 Degrees in Brighton. Airing tonight on BBC Two at 8pm, see how they get on as they cook up a feast for Wimbledon’s lavish banquet.

Main course: The Grass is Greener by Michael Bremner. He scored a near perfect score for his dinner of ox tongue topped with a jux-filled ravioli and served with pickled summer vegetables and rye grass-cooked potatoes.