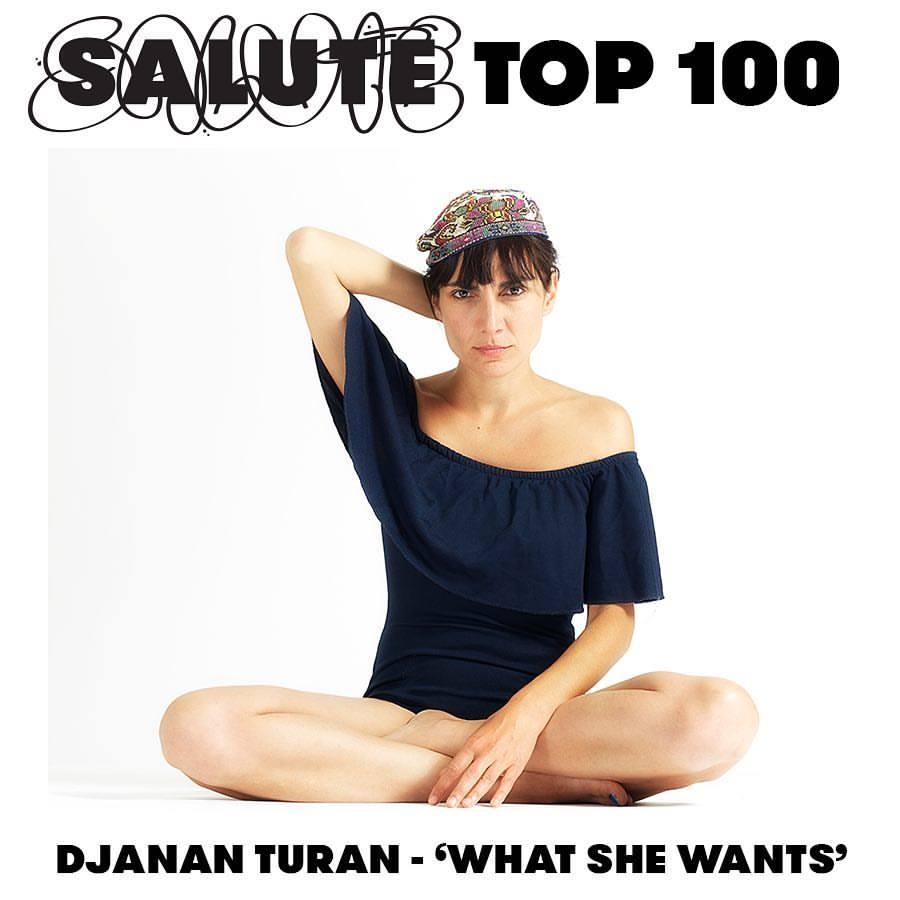 Turkish musical chanteuse Djanan Turan has found herself in the Top 100 of SALUTE – the UK’s new cutting edge music competition being pioneered by Feargal Sharkey, the former lead singer of pop punk band The Undertones.

Having beaten over 2,500 musicians to get this far, Djanan now needs public support via SALUTE Music’s innovative voting system on Facebook to get through to the final six this weekend.

Originally from Turkey, Djanan is a singer-songwriter and producer who moved to Britain over a decade ago, developing a strong reputation as one of London’s finest underground musicians in the process. She defines her music as ‘epic psychedelic folk’, seamlessly criss-crossing diverse genres such as disco, reggae, and trancey Anatolian rhythms. Not surprisingly, the competition curators struggled to put her into a specific genre, placing her in the catch-all Singer-Songwriter category.

Djanan told T-VINE that she heard about SALUTE through her music agent and was invited to submit a few songs. She sent in three, including What She Wants, an electro swing track she released back in 2015, which the curators chose for Salute’s Top 100 list.

The curators are all leading industry figures, pulled together by 59-year-old Sharkey, who crossed to the other side of the music businss after stopping performing as an artist in 1991. Among the expert panel are multi-platinum writer/producer Simon Perry (Sandi Thom, Westlife, Echo and the Bunnymen), producer Dee Adams (Dido, Newton Faulkner, MJ Cole, Armin Van Buuren), and former Radio 1 DJ, live music promoter and Urban Music tastemaker Ras Kwame. Moving beyond the genre of music, they based their Top 100 selections primarily on the creativity of the lyrics and music, but also on all-round musical talent, and the quality of production and video.

The recognition by such influential music people has been an important part of the competition experience for Djanan, who said: “I am not always aware of how far my music reaches, obviously apart from gigs, and emails and messages I receive from my fans. But this is very encouraging. To get this affirmation from the industry has helped me see beyond my comfort zone.”

SALUTE aims to shake up the UK’s stale music competition scene with its revolutionary public voting system. Instead of the very narrow base of pop artists seen on TV, SALUTE is keen to champion diverse musical styles and independent artists like Djanan offering them a common platform to compete.

Advances in technology is dramatically changing the way music is written, recorded and shared – the quality of original music recorded in “home studios” has never been higher and is constantly evolving. In the organisers’ words, “we launched a competition that SALUTES the DIY generation of music makers”.

Through their app, SALUTE have been sharing a playlist of ten songs from the Top 100 every few days to those signed up to receive music via Facebook Messenger. The interactive system allows listeners to decide which of the eclectic tracks stay on their Votelist. These can be changed at any time as you listen to songs on new playlists or revisit old ones.

Djanan thinks the competition format is great for the public: “I personally really like this new system because it exposes people to all these beautiful tracks.”

The tenth and last playlist will be released on Monday 23 October. The songs to feature on all Votelists will then determine whose music will proceed to the final round, with the Top 6 announced at the end of next week.

Each of the six finalists will receive £10,000 and a gig in their local area. The overall winner will take home a further £40,000, making their total prize money £50,000 – the biggest of any independent music competition worldwide.

If you want to support Djanan or just listen to great new music, and have a Facebook account, you can still get involved. Using this link, sign up to receive SALUTE Music via Messenger. You’ll then have access to the Playlists, click on these to listen and add to your Votelist. Simples!