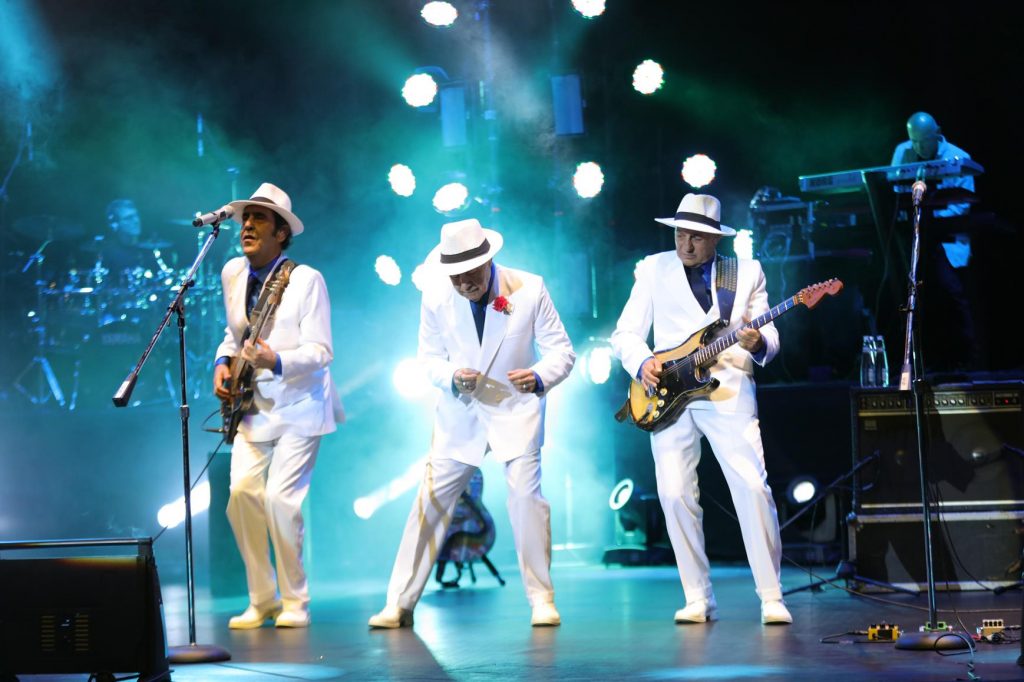 When my editor asked me to pick my favourite ten songs by legendary band MFÖ in advance of their London concert on 18 March, I didn’t think it would be this hard. The band formed in 1980 – more than a decade before I was born – and they still comprise of the original line-up: Mazhar Alanson, Fuat Güner and Özkan Uğur.

They have been recording music for all this time, so not surprisingly they have a huge back catalogue. Regarded as national treasures, their poppy style appeals to people of all ages in Turkey. Everyone has their favourite MFÖ songs. I especially love their early era, so here is my all-time top 10:

It is one of the band’s most romantic songs and arguably biggest hit. It’s originally from an album recorded by Mazhar and Fuat as a duo, Türküz Türkü Çağırırız (1973), before they formed MFÖ with Özkan. They re-recorded it as a trio for their debut album Ele Güne Karşı Yapayalnız, released in 1984.

MFÖ gave this song to another Turkish musician Seyyal Taner in 1981. Due to the post-coup era at the time, Seyyal found herself censored by state-owned broadcaster TRT. Back then TRT was the only broadcaster in Turkey, so if you were banned by them you had no airplay anywhere. It prompted MFÖ to record the song for their own album, marking their official entry into Turkish music as a trio in 1984.

This track is again from their first album, Ele Güne Karşı Yapayalnız, which became an instant classic and featured many of Turkey’s top musicians, including Erkan Oğur, Garo Mafyan and Onno Tunç.

Many people regard this song as one of the band’s finest. It was certainly one of the most popular from their timeless debut album.

This song was recorded for the band’s follow-up album Peki Peki Anladık (1985). It’s easy on the ear, with a jazzed-up poppy instrumental in the middle as it pays homages to the streets of New York.

Often covered, this is one of MFÖ’s many anthemic songs. Taken from their third album Vak the Rock (1986), its gentle music and touching lyrics tug on the heart-strings. Expect the crowd to sway with their lit cigarette lights (or mobile phones today) as they sing along.

MFÖ represented Turkey in Eurovision Song Contest in 1988 with this New Age-style pop song. It came a respectable 15th in the competition before disappearing from view in Europe. Yet for Turks the song remains one of the country’s most memorable and beloved entries into Eurovision.

Taken from their 1995 album M.V.A.B, its Anatolian folk rock sound brought MFÖ to the attention of a younger generation of listeners and proved the band’s continued relevance to the Turkish music scene.

This upbeat song originally featured on the soundtracks of the movie Her Şey Çok Güzel Olacak, where MFÖ’s Mazhar Alanson starred as an actor and sang a solo version in 1998. The trio later performed the song for their album AGU (2006).

Recorded for the new millennium, this beautiful ballad about unrequited love was a welcome return to form for MFÖ and the standout track on AGU. The album was the band’s first for more than a decade, winning them over a legion of new fans.