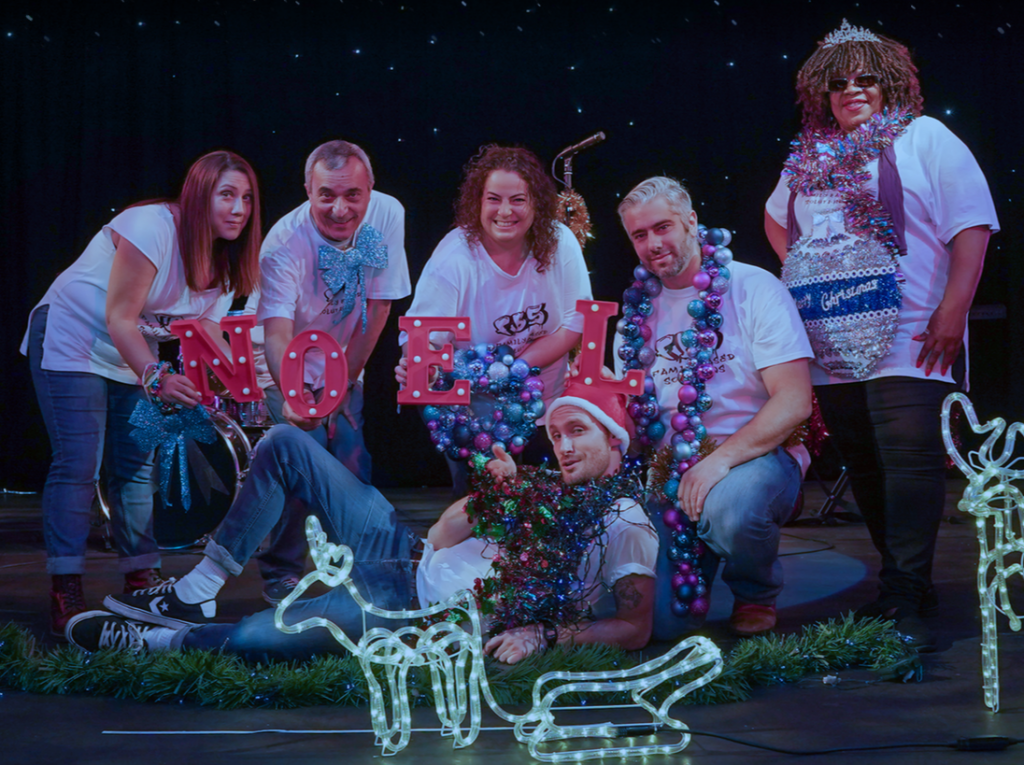 A small charity in North London is hoping to hit their £5,000 fundraising target with their cover of Huey Lewis and the News’ hit 80s song The Power of Love.

Enfield’s Family Based Solutions (FBS), which supports vulnerable families, have teamed up with local stars and businesses to produce a fun video.

While not a festive song, the lyrics for this uplifting track, which featured in the blockbuster movie Back to the Future, make it apt for Christmas during this pandemic era:

“The power of love is a curious thing

Make a one man weep, make another man sing

Change a hawk to a little white dove

More than a feeling, that’s the power of love.”

“The Power of Love’ from Back to the Future isn’t really a Christmas song, but I think it’s the kind of Christmas song we need this year!”, said Ayse Adil, a co-founder of FBS.

“2020 has been serious and challenging enough. We just wanted to do something to showcase the amazing things happening in our community; both locally and internationally”, she added.

FBS specialises in ending the cycle of abuse within families and helping individuals to repair family relationships. Launched in 2012, the charity has helped over 650 local families and some 1,600 individuals whose problems are serious, but do not merit intervention by the police or social care teams.

Two of the original three FBS founders Ayse Adil and Joe Lettieri worked as secondary school support workers and could see first-hand the urgent need many families had with domestic abuse (parental, child and spouse). They developed “a solution-focused approach, which gives the family full control” in how their abuse issues are addressed, while ensuring “each family member has a part to play in moving the family towards their preferred future”.

The coronavirus pandemic has seen many small charities like FBS experience a shortfall in vital funds for their work, forcing them to re-think how to make their fundraising appeals effective.

FBS’s fundraising song started as “a joke about recording a charity single, which then developed into something much bigger,” their press release states.

The sparkling 3.34 minute clip sees charity staff and supporters transform into a band performing on stage. A few ‘wannabee stars’ then try to make their way into the video, before being shooed away by band members. The video was recorded at Enfield’s local arts venue, the Dugdale Centre, which donated the use of their premises for the occasion, and professionally produced by expert volunteers in the local community.

FBS co-founder Joe Lettieri explains, “We just wanted to have fun, to raise awareness of what we’re doing, why it’s so important we keep doing it and hopefully raise funds so we can continue to support families.”

They have raised £976 to date – just under a fifth of their £5,000 target. If you have some spare cash and can support their work, then click here to donate to FBS’s The Power of Love Christmas song appeal.

For more about the charity, visit their website familybasedsolutions.org.uk .